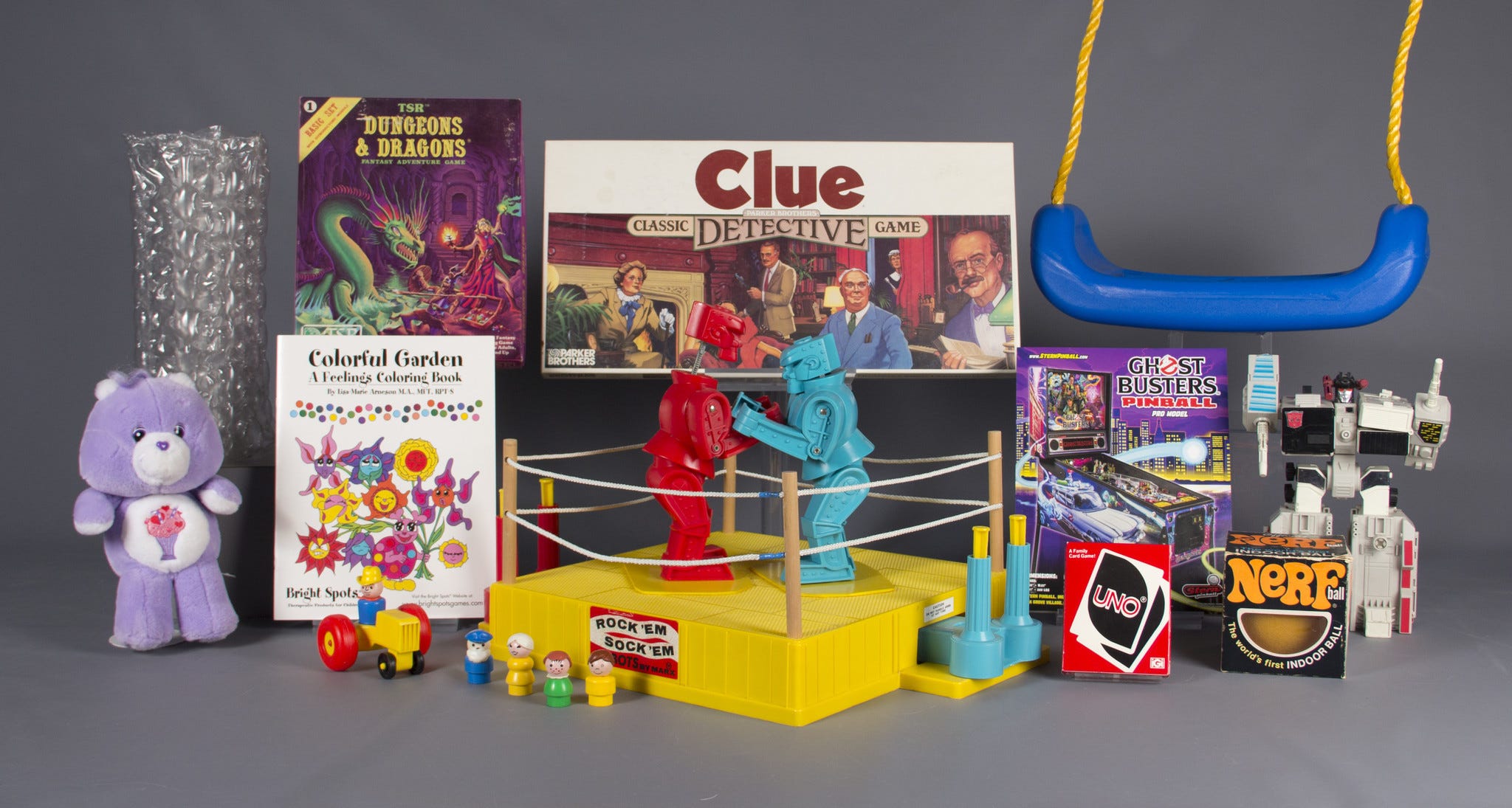 ROCHESTER, N.Y. — Fisher-Price waited years for this moment. The Little People’s day had finally come. A six-time finalist for the National Toy Hall of Fame — tied with the Magic 8 Ball for the most nominations of any plaything — Thursday was sweet relief or just reward. The Little People joined Dungeons & Dragons and the swing as Class of 2016 Hall of Fame inductees. “It hugely matters to Fisher-Price,” said Kurt Huntsberger, vice president of product design for the company based in East Aurora, N.Y. “We are all big kids that work there.” A panel of experts chose the honorees from among 12 finalists, announcing the selections during a late-morning news conference at the Strong Museum of Play in Rochester, N.Y.

Toys are honored for their longevity and ability to foster learning, creativity or discovery through play. For the museum, the annual induction kicks off days of celebration, drawing visitors, creating last year 1.5 billion media mentions for the local institution and highlighting quality toys just before the holidays. For companies such as Fisher-Price, it is recognition and reinforcement “that what you’re doing matters,” Huntsberger said.

As the resident Toy Blogger here at Barstool, I take the Toy Hall of Fame very seriously. I’ve been covering the HOF inductions since they began.

So now here we are in 2016. Lets break down the finalists: 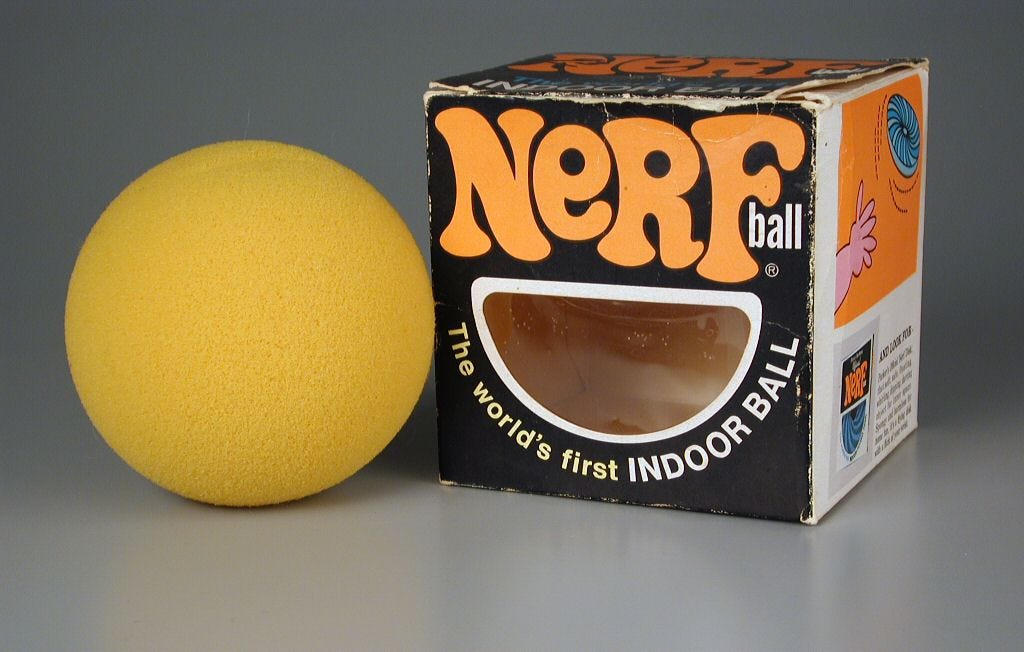 Specifically this Nerf ball. Which I think is an important distinction. Nerf Footballs are absolutely a Hall of Fame toy. Especially when you squeeze them in the pool so they absorb water and become like 50 pounds and you can break your friends neck by throwing it at their head. The small Nerf balls that get fired out of the Nerf Blasters? 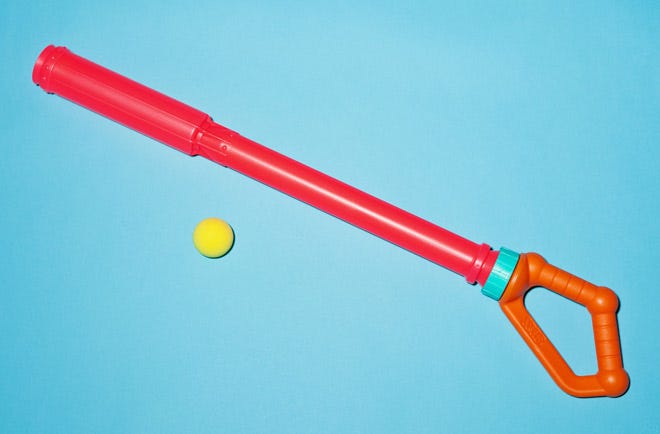 Also hugely important. That POP noise is one of the best sounds ever. Great ammunition for a great toy. But the original “indoor ball?” Meh. Not so much. Too light to really throw or use for dodgeball. Cant dribble it, cant kick it far. Basically the only thing that ball was good at was getting eaten by the one weirdo in your class. There was always that one sort of social misfit who would take bites out of Nerf balls like it was an apple. 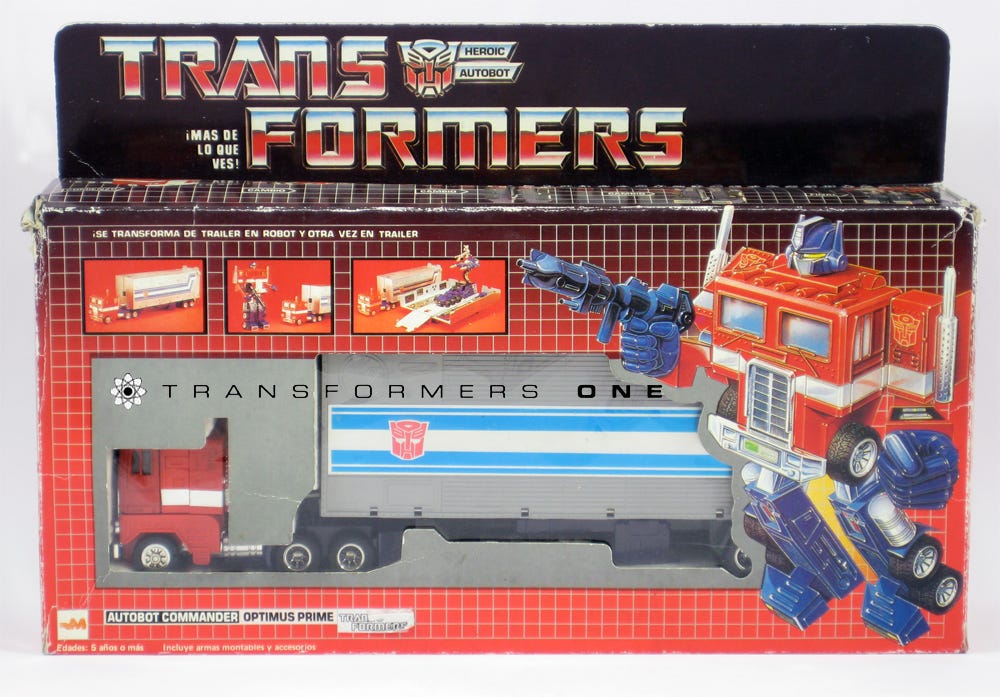 All time classic. Great TV show, great toy. A true 2-in-1 type of toy that really was just fucking awesome. Hot Rod was one of the best toys I’ve ever owned. I’d put Transformers in the Hall in a heartbeat if I were a voter. 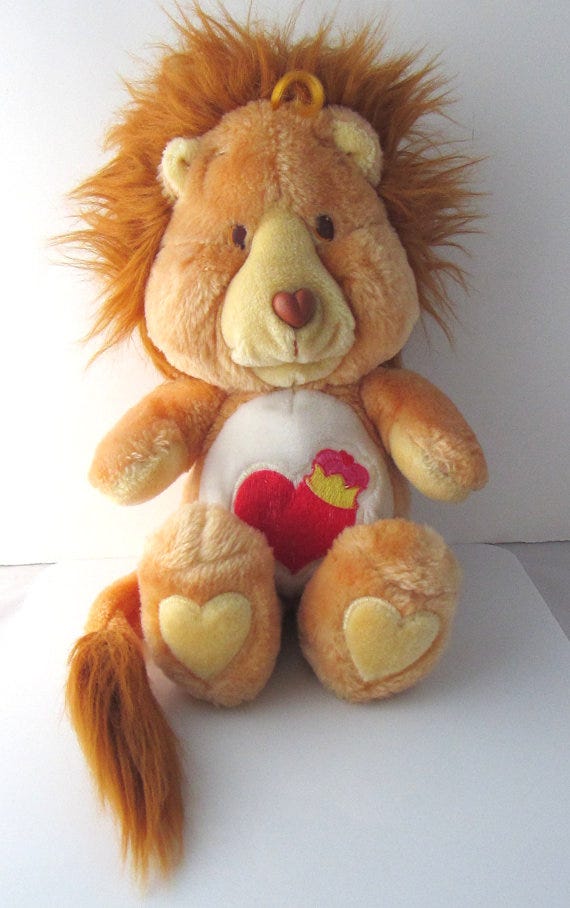 Care Bears are the gayest not-gay toys ever. Like My Little Pony? That shit was gay AF. You you were down with MLP, you were a big time gayball. But not Care Bears. It was super gay but not. Brave Heart Lion? CHARGE! He was the fuckin man. Is it a lion? A bear? Do I like girls? Boys? I dunno. I fucked with Care Bears hard but not a HOFer to me. 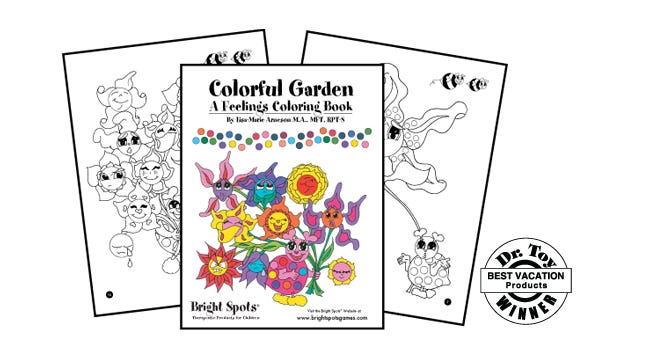 Blah. Everybody fucked with coloring books but its not a HOFer. Water Color paint by number is a different story. But straight up crayon and marker and colored pencil books? FOH. Only way to “play” with those was to stay in the lines and that was hard as shit and boring. 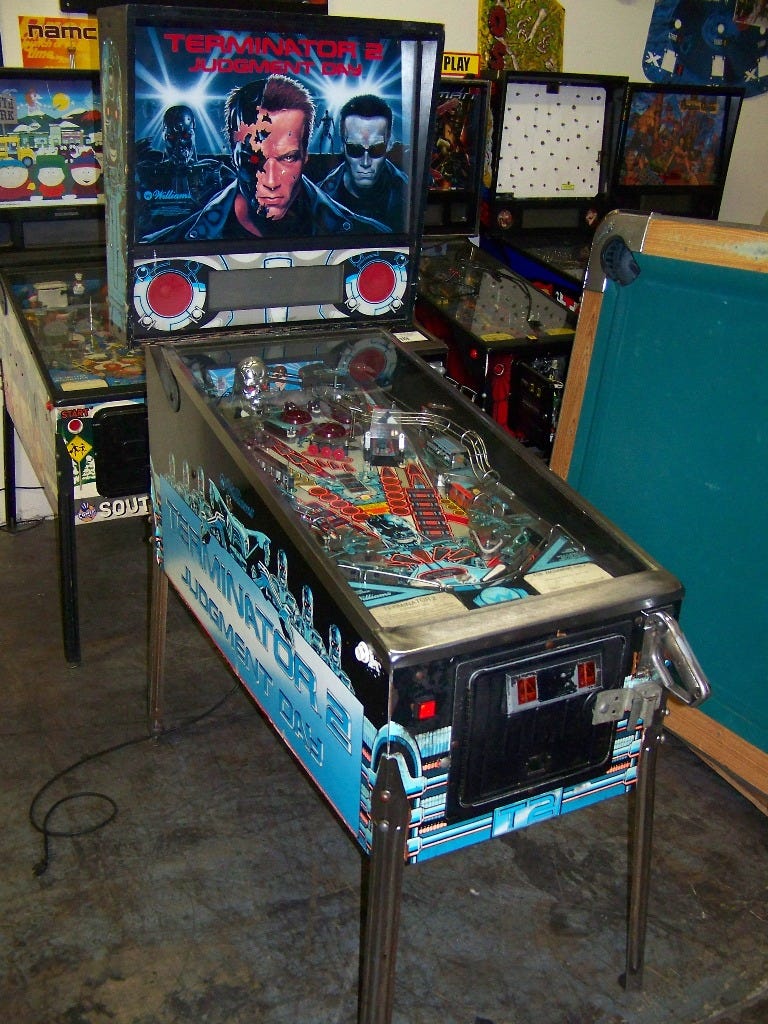 (Terminator was my favorite pinball machine ever. The gun handle instead of the pull back thingy was fire)

I will forever have fond memories of playing Pinball at Fantasy Island in Beach Haven, LBI. Everyone had some sort of small, portable hand held pinball to play at home. Getting multiple balls going at once and landing the perfect shot where it stays rattling around forever racking up points is cool. But if you’re asking me can I live without Pinball, the answer is yes, I can. Not in my personal hall of fame, but I can undertand if you induct it. Arcade games is a HUGE part of Toy Life and so you can put it in there if thats what you value.

Personally I dont even know if board games should be included in the Toy Hall of Fame. Video Games have their own HOF, I feel like Board Games should as well. Its a different form of entertainment. But, if the Toy Hall of Fame consideres Clue to be a toy, then its 100% gotta be in there. Clue, Monopoly, Risk, Scrabble are the Mount Rushmore of classics. Clue has to be in. 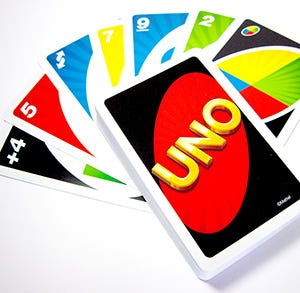 Another grey area of sorts. Card games could be their own category as well. Personally, I was a Skip Bo guy. thats not to say I didnt like Uno. But I Skip Bo’d hard. I dont think Uno is a Hall of Famer for me. Theres few things as satisfying as fucking up a person’s day with a Wild Draw 4 or being the person that points out your opponent forgot to proclaim, “Uno!” but nonetheless I think its a pass for me. 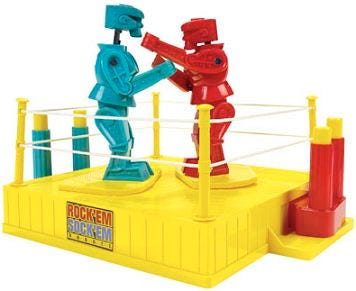 One of the original toys to implement violence. Gotta respect that. And as far as old school toys go, I’m sure these were the shit. Back in the 60s I bet this was fire. But its mindless and pretty repetitive. If Im putting any button mashing game in the Hall, its Hungry Hungry Hippos.

My favorite finalist this year…BUBBLE WRAP 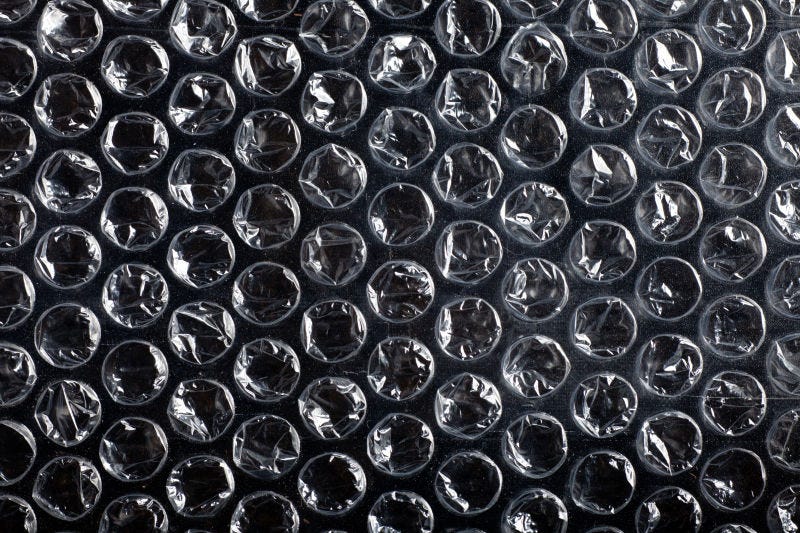 You know what my favorite Christmas present was every year? The Bubble Wrap that wrapped up whatever toys my parents were getting me. The most satisfying “toy” of all time. A dream toy for anyone with a touch of OCD. The sheets with the teensy tiny bubbles where you could snap like a thousand of them. The big fat kind that gives such a satisfying POP it maybe even gets you a little hard. And then you just roll it up and twist it like you’re giving it an Indian Burn and they all pop at once and you actually come from it.

Everyone did that right?

And now lets get to the actual inductees 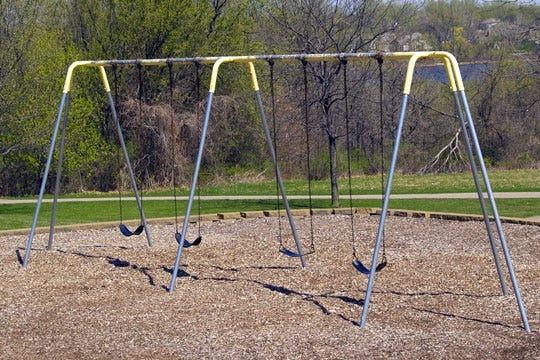 The Swing. A form of entertainment thats going by the wayside. My elementary school got rid of all swingsets from the playground because they were deemed unsafe. Unreal. Swings were fire. Didnt matter what kind – whether it was a wooden plank, those curved black rubber seats, a tire, a two person see-saw swing – they were all fire. Pumping so hard that you were swinging high enough that the rusty chain connecting you to the pipes would go slack for a second was a rush. Getting basically horizontal to the cross bar…feeling like you were gonna flip over the bar and turn inside out like that old Nickelodeon cartoon…letting go at the peak of your swing and flying off into the mulch or whatever…it was just all good old fashioned fun. Didnt need anything other than a pair of legs and you’re in business. 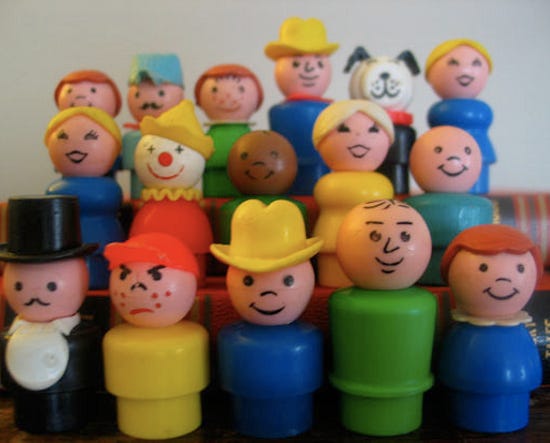 I’ve been covering the Toy Hall Of Fame for years now and this is unequivocally, 100%, without a doubt the WORST induction I’ve seen so far. I mean these are the DEFINITION of Poor People Shit. Who invented these fucking things? “I have an idea…lets make action figures…but with no arms or legs!” Great fucking idea. Idiot. Just a head stuck on a stump. F minus. Zero out of ten. One of the worst toys ever, certainly not a Hall of Famer. 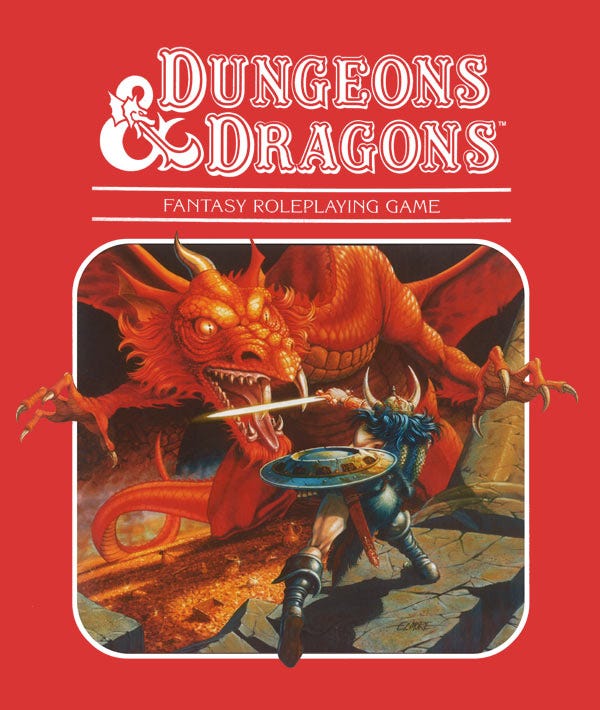 Listen I’m a nerd. Big time. But D&D was even a little bit much for me. When it comes to the fantasy shit, I’m bout it. But I’d rather play some Magic, or Final Fantasy. I’d rather watch some Stranger Things. But any game with a 20 sided dice and basically like a novel that accompanies the game is too much for me. It was like the OG RPG and so I think you have to respect what its done in that genre of toys/games, but if you were really down with Dungeons and Dragons you were a nerd to the fucking max. Next level nerd. As nerdy as Care Bears was gay.

Overall, a really BAD year for the Toy Hall of Fame. Swing is the only good induction and even that is kind of a gimmick.  So many other greats to pick from and you’re out here talking about fucking LITTLE PEOPLE. Get lost, Toy Hall of Fame. Try again next year.

The Game of Life