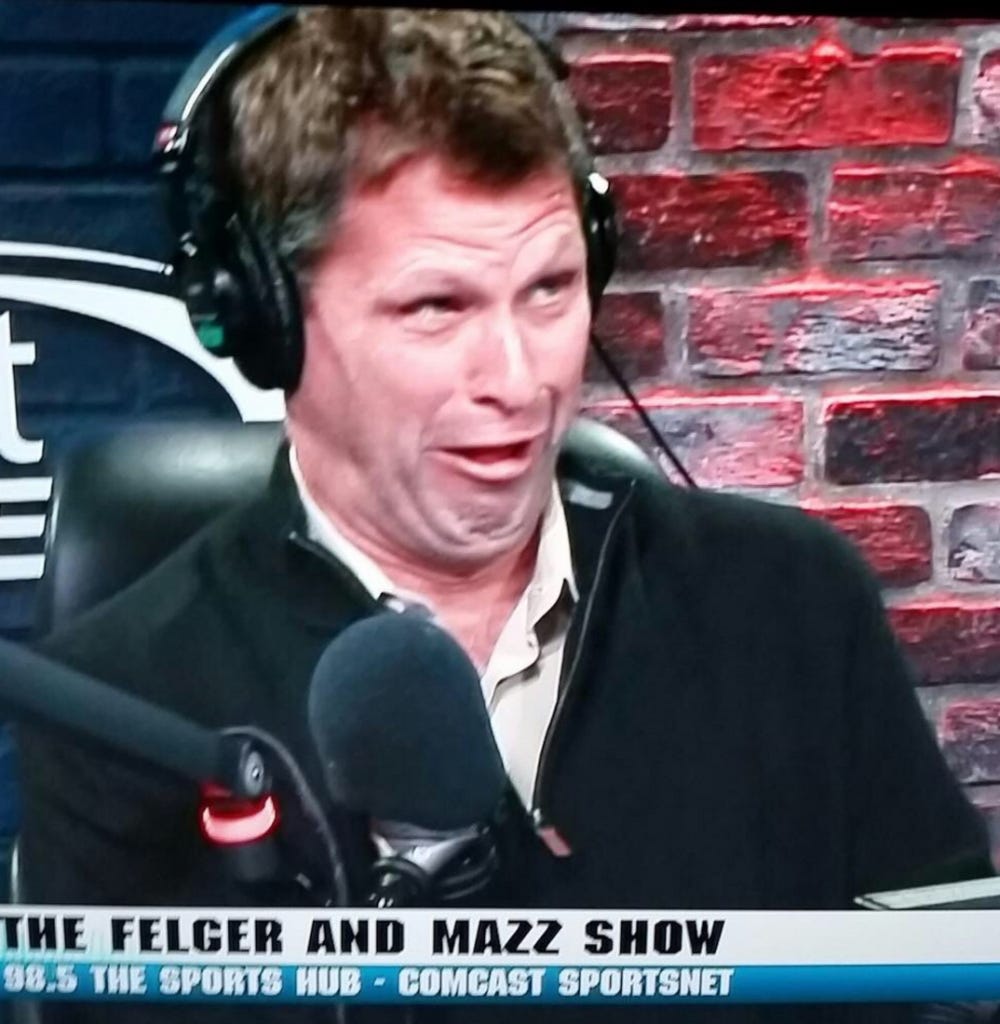 Today’s the day. The morning after Rick Porcello was voted as the 2016 American League Cy Young award winner. And Mazz, you’re not off the hook here, either, pal. On a real good staff, Porcello would be the No. 4 starter? Hm. Maybe if that super rotation in Detroit reassembled itself when they had Max Scherzer, David Price, and Justin Verlander, and STILL never won anything, which blows my mind to this day. Maybe he’d be the No. 4 on that staff. But on the Red Sox staff, he’s the ace, and he’s also your 2016 American League Cy Young award winner. Suck on that.

It’s always a great day for Boston sports fans whenever Felger and Mazz have egg on their face. Today is one of those days, everybody. Enjoy it. Breathe it in deep. Pretty Ricky did it.