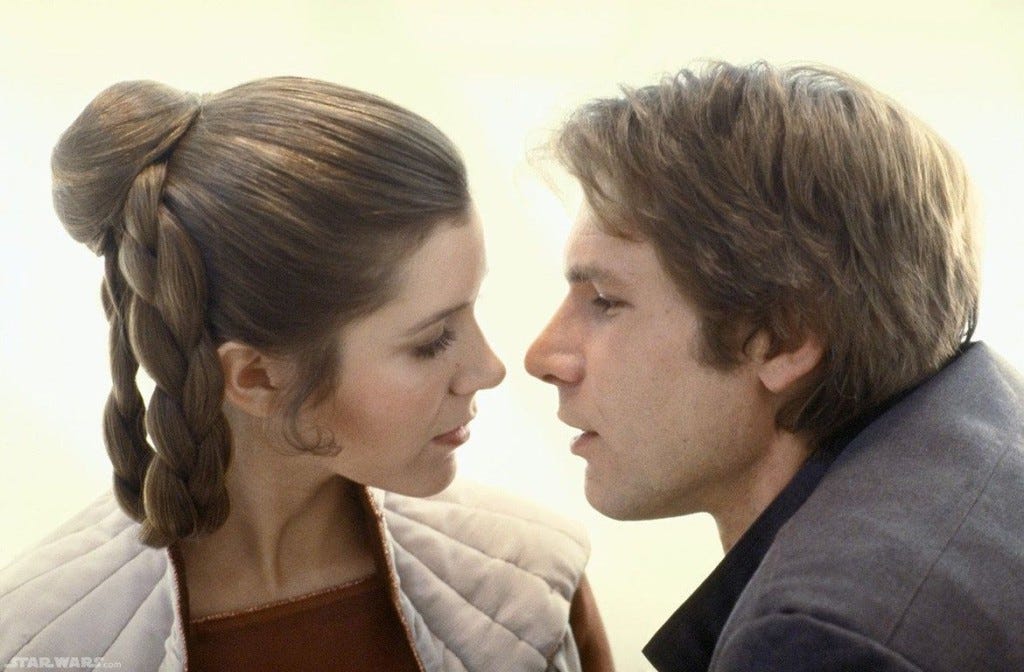 Radar Online- Carrie Fisher had a shocking secret affair with Harrison Ford, who says he seduced her after he got her drunk on the set of first Star Wars movie! Now 60, the former Princess Leia blew the whistle on her forbidden romance with Han Solo in a forthcoming book, The Princess Diarist, exclusively obtained by RadarOnline.com.

Harrison was a 34-year-old married father of two when he met the fresh-faced, 19-year-old Carrie on the London set of the blockbuster sci-fi classic. The daughter of showbiz royals, Eddie Fisher and Debbie Reynolds, Carrie said Harrison offered to drive her home when she was ”wine sodden” and they ended up in bed. The teenager was sexually inexperienced and complained she was a “bad kisser.” She recalled that their first lovemaking experience didn’t exactly send her to the stars, either, but she forgave him because “he really was handsome.”

Carrie couldn’t remember many details of their three-month relationship because of ”the brutal strength of Harrison’s preferred strain of pot.” Her book contains excerpts from a diary she kept of the affair, in which she said she tried ”relentlessly” to make him love her and fantasized that he would ask he to marry him and give her a “gold band with diamonds (inscribed) ‘Carrison.”’

Are you telling me that noted party girl Carried Fisher fell for a devilishly handsome actor that was playing the role of best scoundrel to ever grace the silver screen? Uhhhh ya think! Of course Harrison Ford was able to seduce Princess Leia. Dude shot Greedo first then took home the princess for desert. You know why? Because Harrison Ford is and forever will be a fucking stud. An American treasure. Even when he walked like Willis Reed in The Force Awakens or wore that hoop earring in interviews, you just can’t shake how cool Harrison Ford is. Plus everyone in Hollywood seems to bang at least one of their co-stars and Han Solo was basically fishing with dynamite. And it just seems right that Han and Leia actually were having sex behind the scenes. Chemistry like that doesn’t happen with some sort of body fluids are being exchanged. And I think I would rather watch Han and Leia bang now than watch Luke and Leia bang back during their prime. Okay, that was extreme. But fake incest is still gross as fuck.

What I don’t get is why Carrie Fisher throw Harrison Ford under the bus for an underwhelming first experience. Just being with a dreamboat like Ford should make the sex at least 3 points better on the scale by itself. Plus this was in the 70s when there was a lot of freaky deaky shit going on, unless that awesome weed Ford had was the type of shit that makes you almost too fucked up for sex or basically anything that doesn’t involve sitting on a couch. Nobody wins when it’s bad weed sex.

Anyway, we can all agree that Carrie and Lando probably did something behind the scenes of Empire, right? Billy Dee was second-to-none in the looks or charm department back then, Harrison Ford included. Lando got the freaks and that’s a known fact.