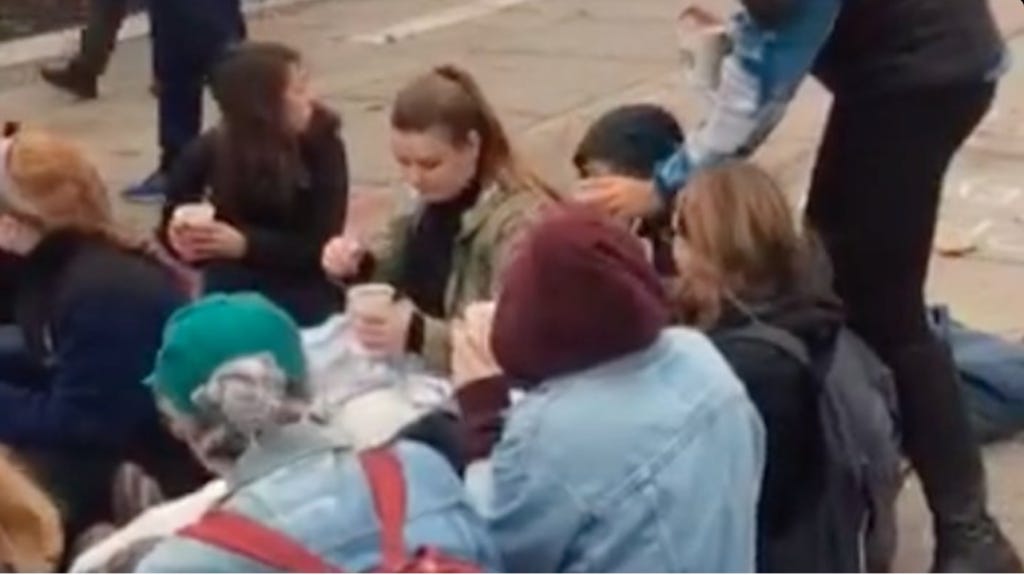 Cornell – Over 50 Cornellians gathered on Ho Plaza this afternoon for a cry in to “mourn” in the aftermath of Donald Trump’s shocking presidential victory.

Braving the cold, wind and occasional rain, Cornellians sat in a circle to share stories and console each other, organizers encouraging attendees to gather closer together and “include each other.”

Willard Straight Hall Resource Center employees gave out blankets, tissues and hot chocolate to keep participants warm, while students signed posters with words of encouragement and protest, including “Donald Trump is not my president.”

Zoe Maisel ’18, co-president of Planned Parenthood Generation Action at Cornell, said she and co-president Cassidy Clark ’17 began organizing the cry-in last night for “those of us who have been fighting.”

“We need to just take a break and just cry before … tomorrow we get back up and keep fighting, because people feel really, really powerless,” she said.

“This event was just to come together and support each other, because we’re all in shock right now,” added Alanna Salwen ’19, design chair for PPGA at Cornell.

Omg give me the tears. I need the tears. I need to pour them all in a frosted glass and chug them. Need to collect all of them and put them in a keg and keep them on tap at the office bar. I mean this is EXACTLY what I wrote in my blogs. That the bright side to Trump winning would be watching all these god damn whiny babies’ heads explode. And oh my god are we getting that, and then some. Just look at the messages that were going out around campus yesterday.

Also just for the record if I was a minority that had been personally demeaned by Donald Trump at some point I would walk up to one of these lily white pussy serial protesters that make up the majority of these crowds and punch them square in the nose. Publicly offensive comments about Mexicans, Muslims, black people. What did he do to make you cry, Jackie from Westchester? 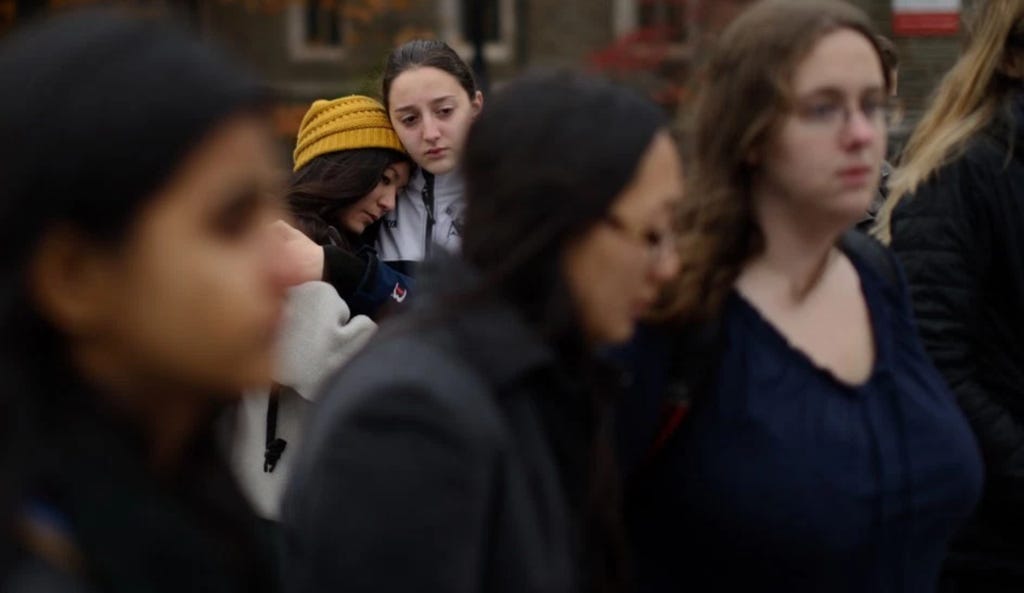 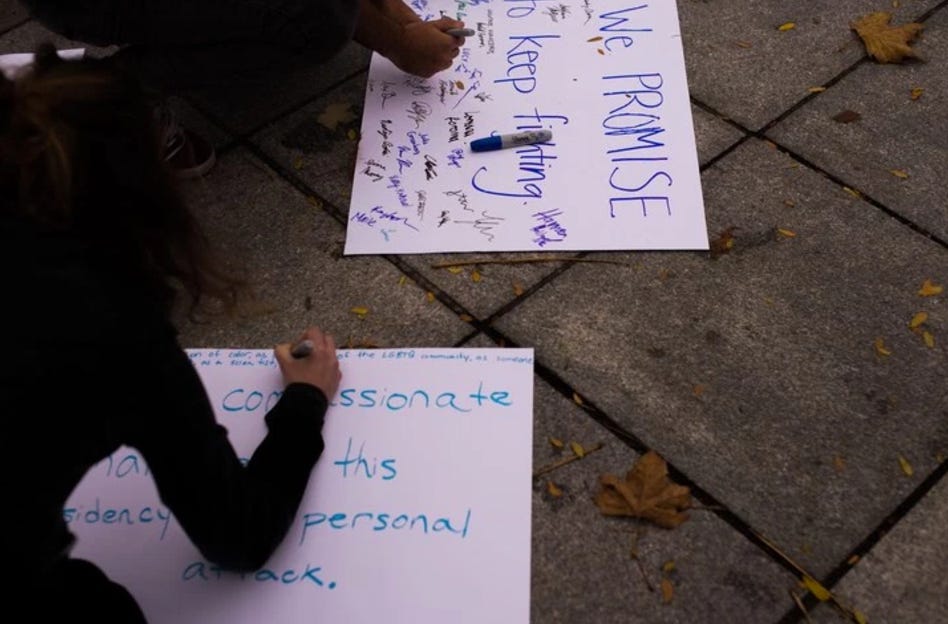 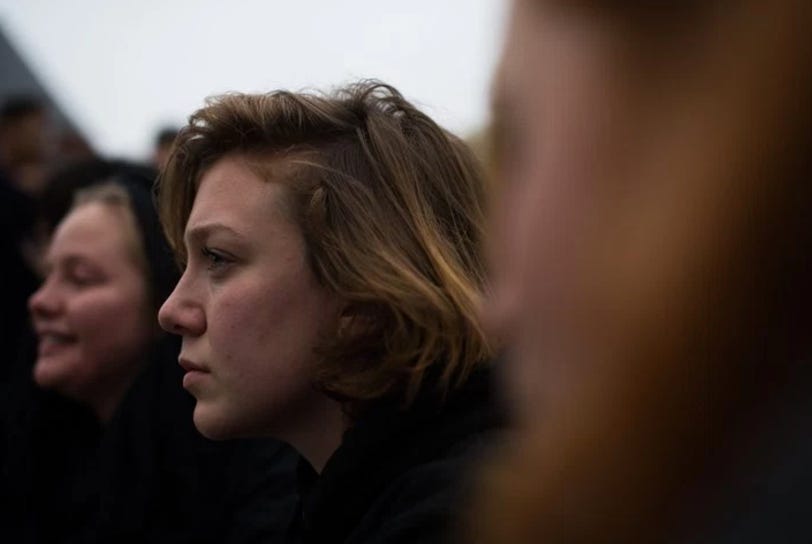