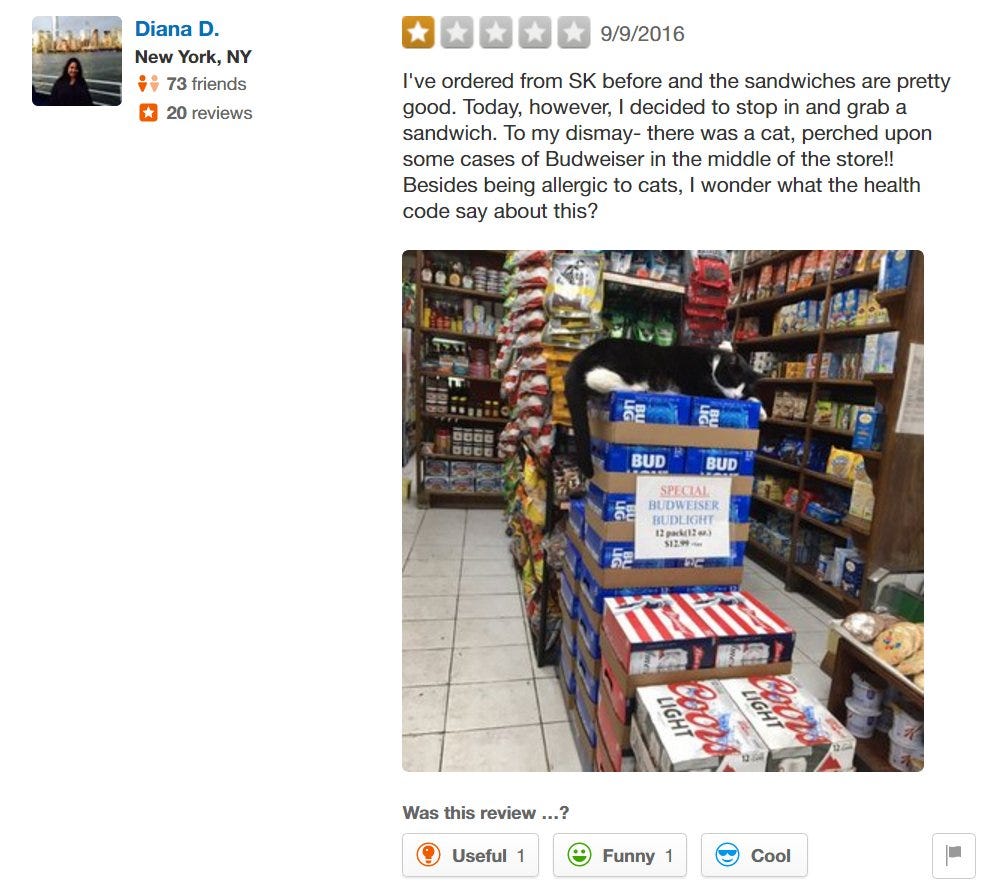 Listen Diana D. I understand where you are coming from. Cats are the least trustworthy pets on Earth. Their evil eyes, scary hisses, and general sketchy demeanor.

But bodega cats are different. They are part of the circle of life in bodegas. You don’t complain about how you can buy individual cigarettes (or basically anything in the world you can possibly need) at 3 AM at a bodega or why a bodega’s breakfast sandwich is so goddamn good even though the place smells like a dollar store. So why are you going to bitch and moan that a bodega cat lives there minding its own goddamn business. It’s also there to take care to take care of whatever mutant pests this garbage city can throw at it. Rats with switchblades, roaches with guns. And it’s also keeping the clerk that IS ALWAYS THERE company as he watches soccer. The bodega cat is also there for the feng shui. They tie the bodega together. And I usually hate the fuck out of cats. I have a recurring dream of a cat following me and attacking me in the street. But I don’t trust a bodega that doesn’t have a cat in it. The minute the bodega cat goes extinct is the minute the bodega dies.

So Diana D. can continue to use leave Yelp reviews with 2 exclamation points and call Bud Light “Budweiser” from her ivory tower. And I’ll continue to hate her guts.