An all time power move. All time. Brett ordered us some wings to eat while we worked/watched MNF and drank, and they were great, as expected. What was unexpected was someone posting up in the recliner next to me and housing bags of Doritos. 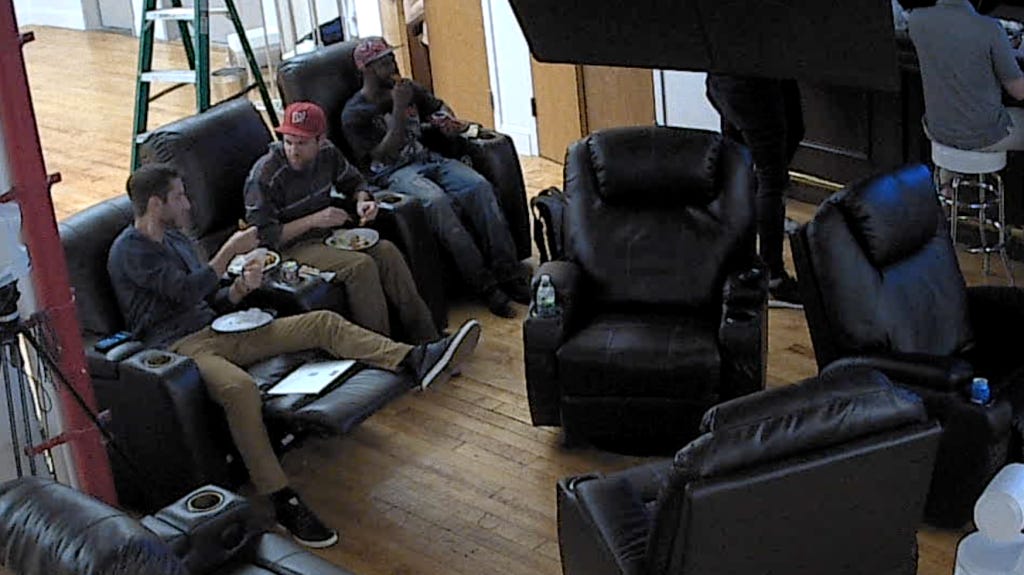 Just me and KMarko discussing #content #content #content while eating wings, while the man next to me, whose name is bizarrely enough Jude, ate multiple bags of Doritos and every so often commented on ODB or Eli. Nobody asked who he was because Caleb had the Lost Kings in the office and we all just assumed he was one of their friends. Nope. Turns out our wing delivery guy decided to stick around. He delivered us our food and instead of going back to the restaurant, decided to take a seat on the recliner and watch Monday Night Football. When it comes to power moves, this one is way up there. It’s hard to give fewer of fucks than Jude the Wing Delivery Guy. Saw we had recliners, football, and enough snacks to feed Sub-Saharan Africa and decided to make himself at home. And to be honest, I’m shocked nobody scooped him up to be an intern for their podcast. Eventually Brett asked him to leave, but I’m sure this isn’t the last we’ve seen of Jude.