That was great! We need more of that on the Golf Channel. I now understand why First Take is so popular. People wanna watch two dudes go at each other’s jugulars. Brandel Chamblee saying, “I wasn’t at the Boston Tea Party but I can tell you all about it!”was classic. Then Duval coming back with saying Chamblee is never wrong was good too. Cause there’s nothing more undercutting during an argument than sarcastically saying the other person is never wrong. The difference between that and First Take, though, is those two guys were actually having an intellectual conversation which made it 100x better. They were basically arguing about different philosophies. Chamblee thinks leadership is the most important part of winning a Ryder Cup and Duval thinks execution by every player on the team is more important. Like everything else in this world, it probably falls somewhere in the middle. I would tend to agree more with Duval but still a solid debate that only would’ve been better if it had come to blows.

Poor Frank Nobilo while that was happening 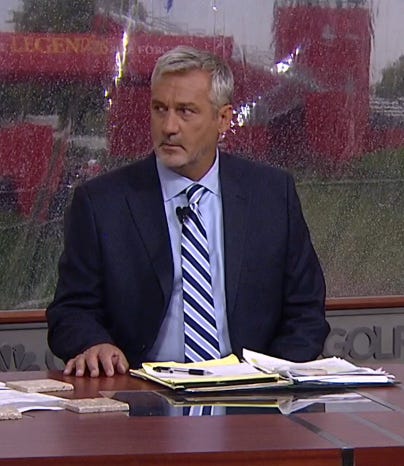