Crazy. The world is a weird place. Obviously those Arnold Palmer references were put in place well before Arnold’s death and they had no idea what a coincidence they would be when they aired. 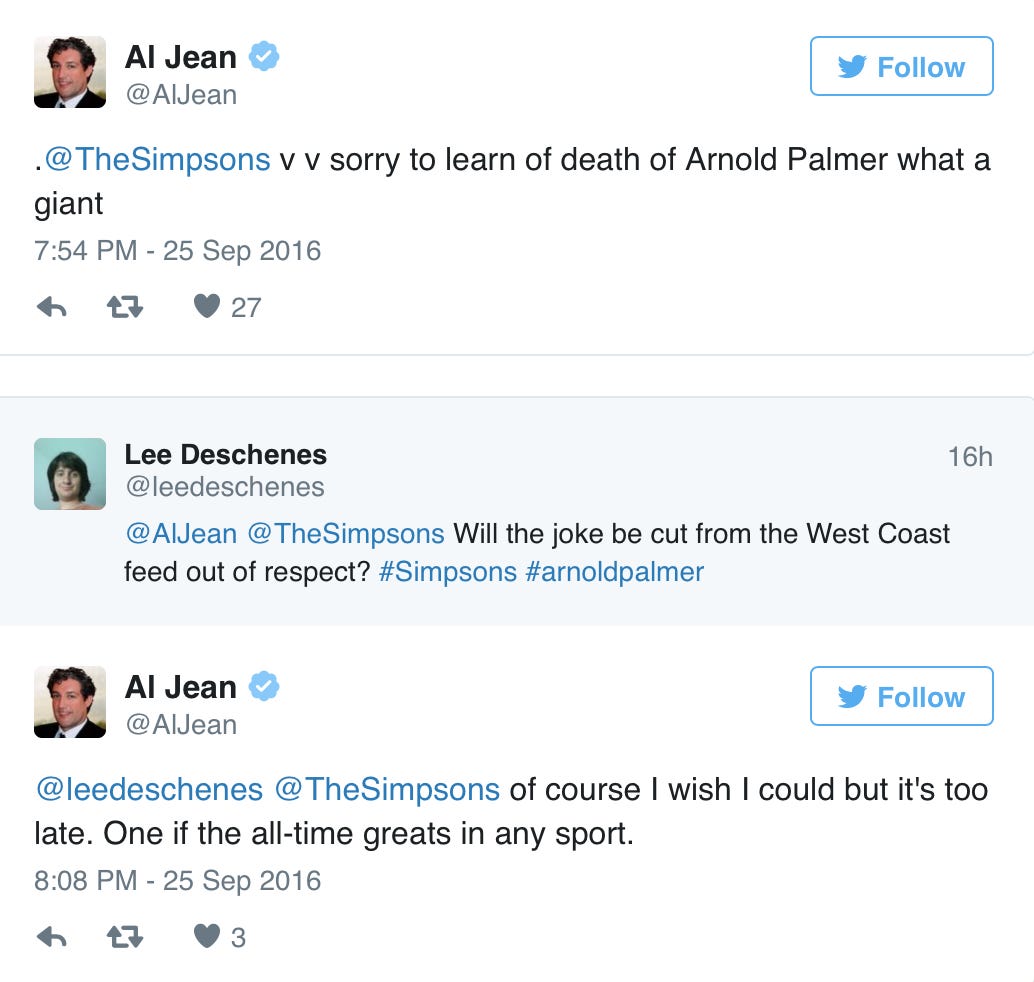 I’m actually glad they didn’t/couldn’t take the Arnold Palmer references out. Cause of all the golfers and on all of the days, what are the chances The Simpsons would reference Arnold Palmer on the exact day that he dies? Seriously. What are they? I wanna know. Somebody smarter than me figure it out. Cause that’s flat out insane. Most of the time I think the world is just a spinning mass of endlessness and unpredictability. Then something like this happens and I don’t know what to think.

PS- It’s crazy to me that The Simpsons are still airing. No disrespect but do they get good ratings? I honestly didn’t even know they were airing new episodes anymore. Again, no disrespect, but I couldn’t tell you the last time I heard somebody say, “Man I can’t wait for that new Simpsons episode to drop.” It’s a show that is clearly great and has been historically great but I’m pretty sure it’s been around since the 1800s.