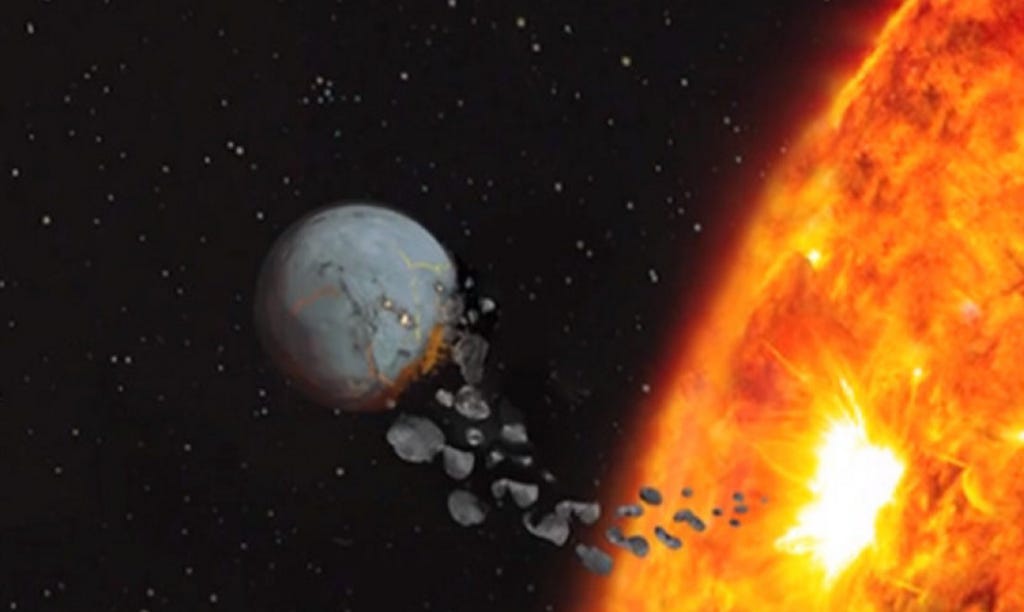 “In billions of years, the sun is going to actually grow and encompass the Earth, right? So global warming is in our future,” the former New Mexico governor said during a 2011 National Press Club luncheon event.

In a 2011 clip, surfaced by Mother Jones, Johnson discusses his “long-term view” on climate change and his stance on government spending to combat climate change.

His thoughts: if the world is going to meet a fiery end, why throw money at the problem now?

“When you look at the amount of money we are looking to spend on global warming — in the trillions — and look at the result, I just argue that the result is completely inconsequential to the money we would end up spending,” he said. “We can direct those moneys to other ways that would be much more beneficial to mankind.”

Gary Johnson for President. I love his attitude here. Is climate change real? Yes. Should we care? No. Why not? Because fuck it, the sun is going to encompasses the Earth one day anyway, so who the fuck cares. What an attitude to have. If his whole political career falls flat, there is certainly a job for him in the blogging world with that sort of attitude. And he makes a great point- Why do anything at all, really? The Sun is a burning ball of hot plasma that basically dictates every single living thing that we know about, and one day it will turn on us, throw us through a barber shop window, and everything humanity has ever worked for and achieved through all the years since the days of the caveman inventing the wheel will therefor be completely meaningless. So fuck climate change, don’t carrrrreeeeeee, let’s just buy coke and hookers and the rest will work itself out.