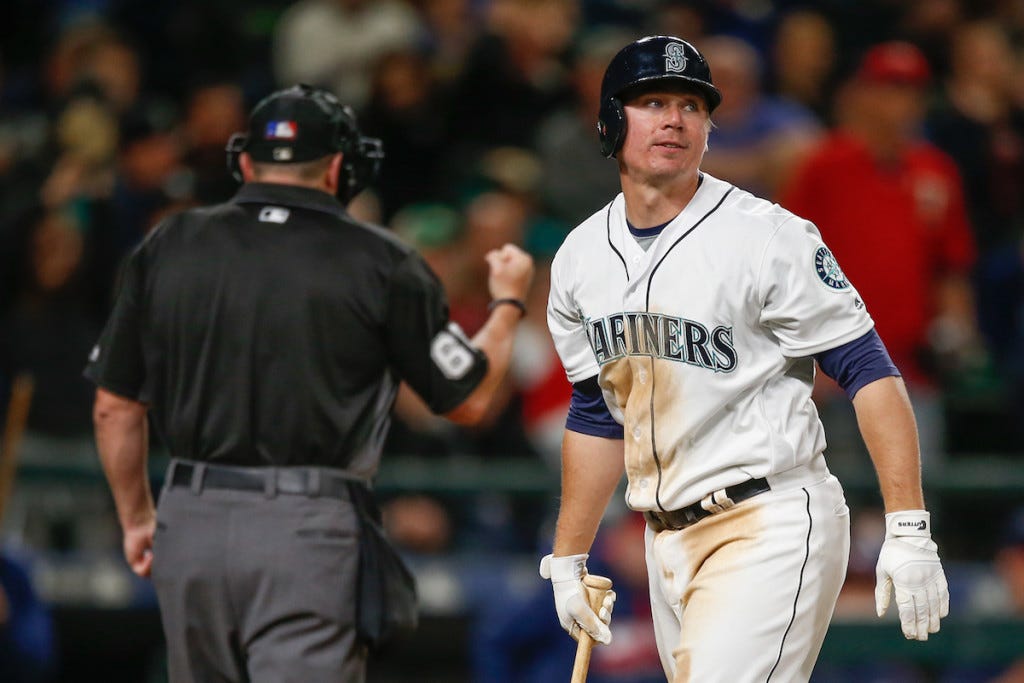 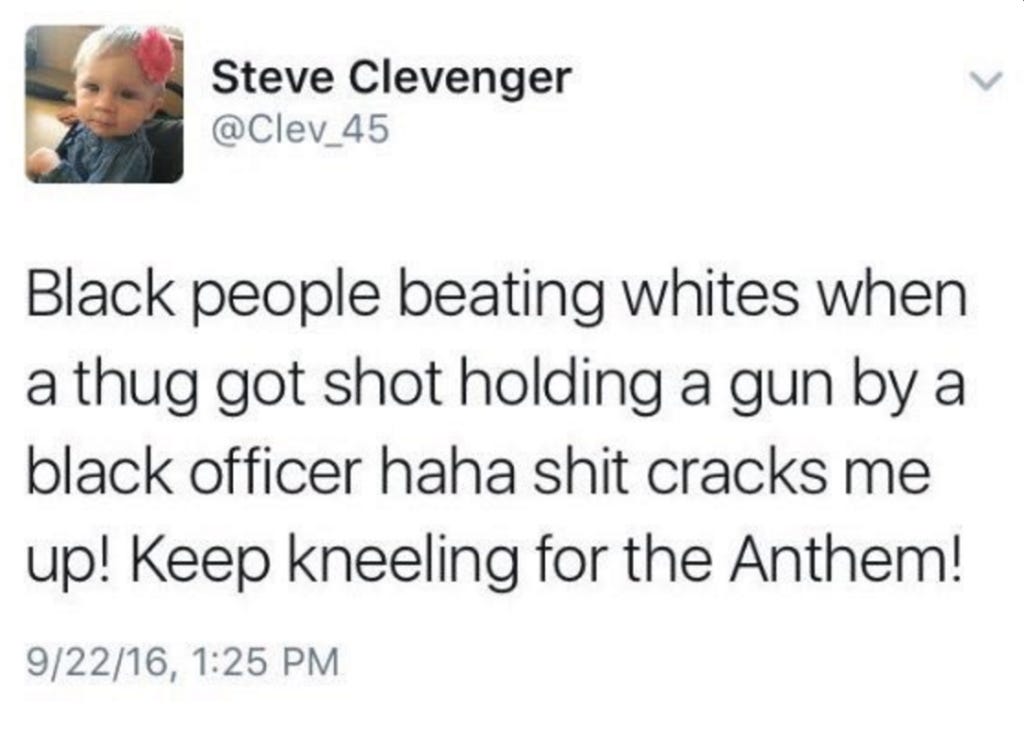 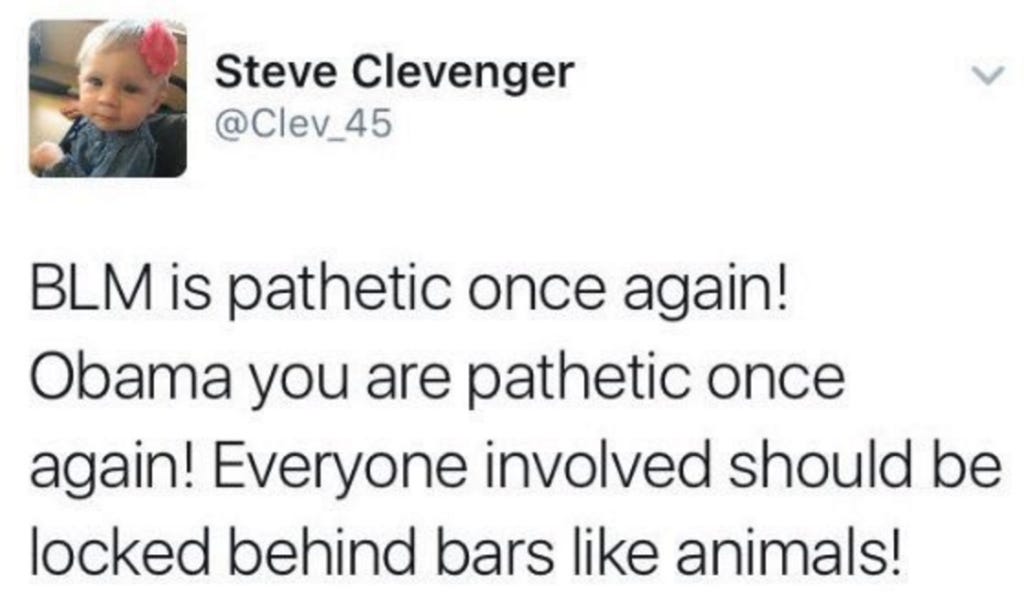 Nooooot a great look here, Steve. Not a great look. Put it this way — if anybody in any other profession tweeted something like this, they’d be fired. Plain and simple. So, for the Mariners to suspend Clevenger for the rest of the season without pay, it’s almost like they’re letting him off the hook. “For the rest of the season” sounds a lot more dramatic than it really is.

They’re suspending him for 10 games. Whoop-dee-doo. Dude’s hitting .221, and he’s only played in 22 games this year. It’s no big loss for the Mariners to suspend the player “for the rest of the year” at this point in the season, even though releasing him would seem like the most appropriate action. My question is, would they have even suspended him at all if he were hitting .300 with 35 home runs and 120 RBI? I doubt it.

Clevenger whipped up an apology all sorts of quick once his tweets made the internet rounds.

“First and foremost I would like to apologize to the Seattle Mariners, my teammates, my family and the fans of our great game for the distraction my tweets on my personal twitter page caused when they went public earlier today. I am sickened by the idea that anyone would think of me in racist terms. My tweets were reactionary to the events I saw on the news and were worded beyond poorly at best and I can see how and why someone could read into my tweets far more deeply than how I actually feel.

“I grew up on the streets of Baltimore, a city I love to this very day. I grew up in a very culturally diverse area of America and I am very proud to come from there. I am also proud that my inner circle of friends has never been defined by race but by the content of their character. Any former teammate or anyone who has met me can attest to this and I pride myself on not being a judgemental person. I just ask that the public not judge me because of an ill worded tweet.

“I do believe that supporting our First Amendment rights and supporting local law enforcement are not mutually exclusive. With everything going on in the world I really just want what is best for everyone regardless of who they are. I like many Americans are frustrated by a lot of things in the world and I would like to be a part of the dialogue moving forward to make this a better world for everyone.

“I once again apologize to anyone who was offended today and I just ask you not judge me off of a social media posting. Thank you and God bless everyone.”

I’m super excited to see how the Mariners .220-hitting backup catcher becomes a “part of the dialogue moving forward to make this a better world for everyone.” That’s gonna be dope.