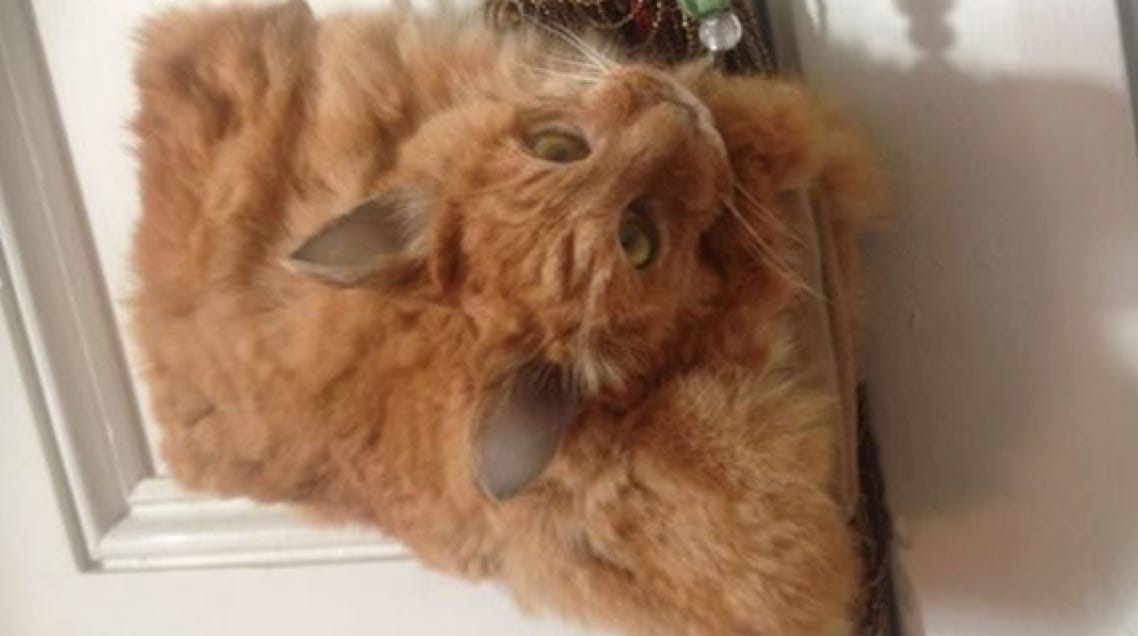 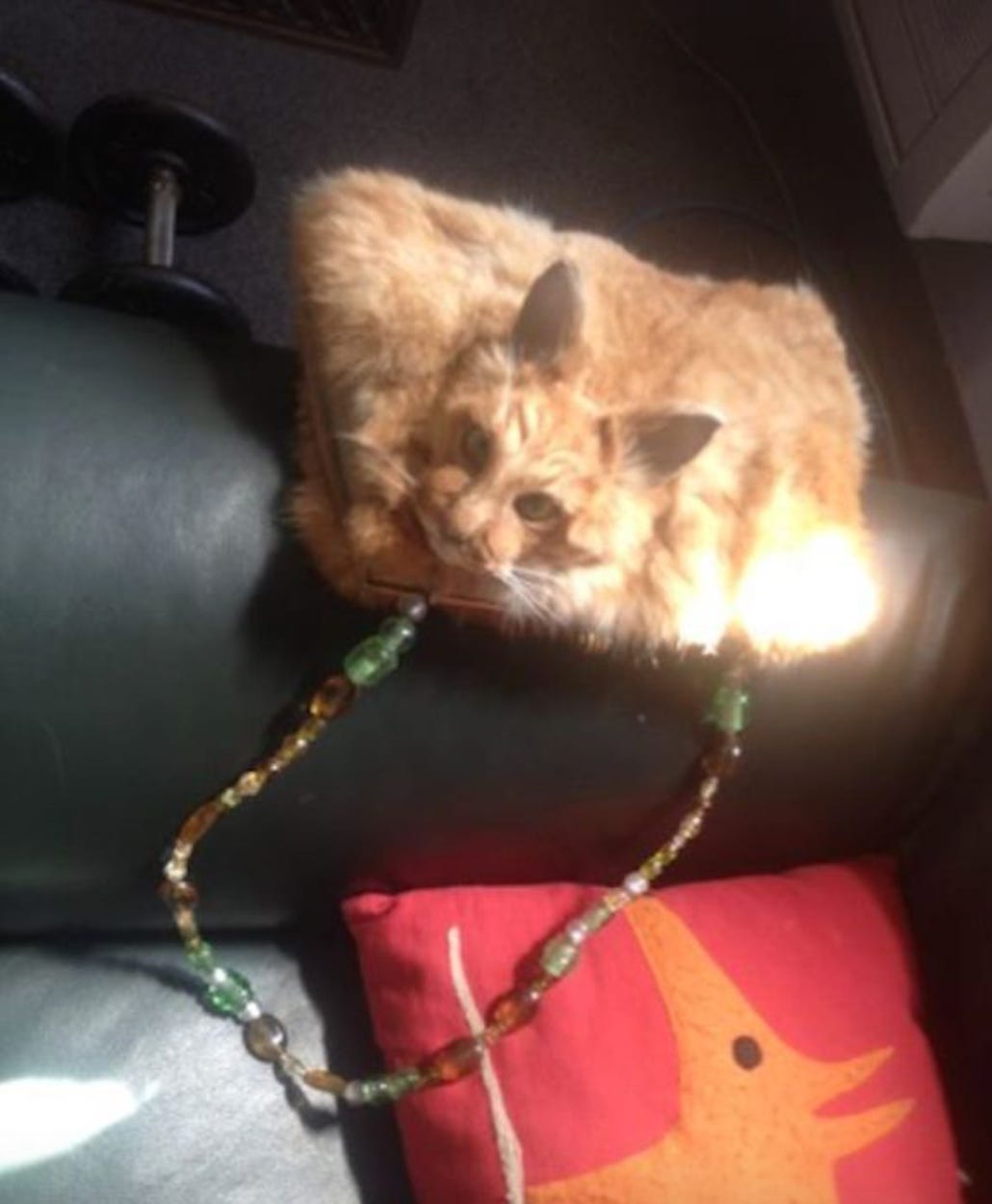 Yahoo- Cats only live nine lives — but their desiccated corpses can live many, many more. Seven years ago, New Zealand artist Claire Hobbs found a dead cat on a nearby road. After storing the cat in the freezer and searching through missing pets ads for three months, Hobbs decided she could put the cat’s body to good use — and converted the dead kitty into a beautiful handbag. And now, she has now decided to sell it. Hobbs has been a taxidermist for the past 15 years. She created the cat bag as part of an exhibition seven years ago, and has since decided to sell it on TradeMe, an online marketplace. The cat bag currently retails for $1,027 US dollars. Hobbs explained that she converted the cat into a handbag because “he had a particularly nice face, and the rest of him was squashed.” The bag has attracted an understandable degree of controversy, with critics claiming that Hobbs’s product was “disrespectful” to dead animals and potentially exploitative.

Further proof that dogs are better than cats and I’ll tell you why. The fact that there is even one person who’s like, “Yeah that’s a good looking purse” shows just how much people fucking hate cats. There’s been some outrage surrounding that cat purse but can you imagine people’s reaction if somebody made a purse out of a dog? We would track that person down, torture them for YEARS and then shoot them in the face in front of everybody so nobody ever made a dog purse ever again. The mere existence and semi-acceptance of a cat purse proves that point. This is also proof that you can call just about anything art and people will let it slide (minus a dog purse, again, we will shoot you in the face). Maybe the craziest part is that it’s estimated worth is $1,027. Again, art. When in reality you could go “accidentally” run over a cat for free and make your own cat purse. Say something is art and it’s value instantly goes up 500%. I could take a dump in a box, call it art and it’d be worth at least $300. I got spare time.