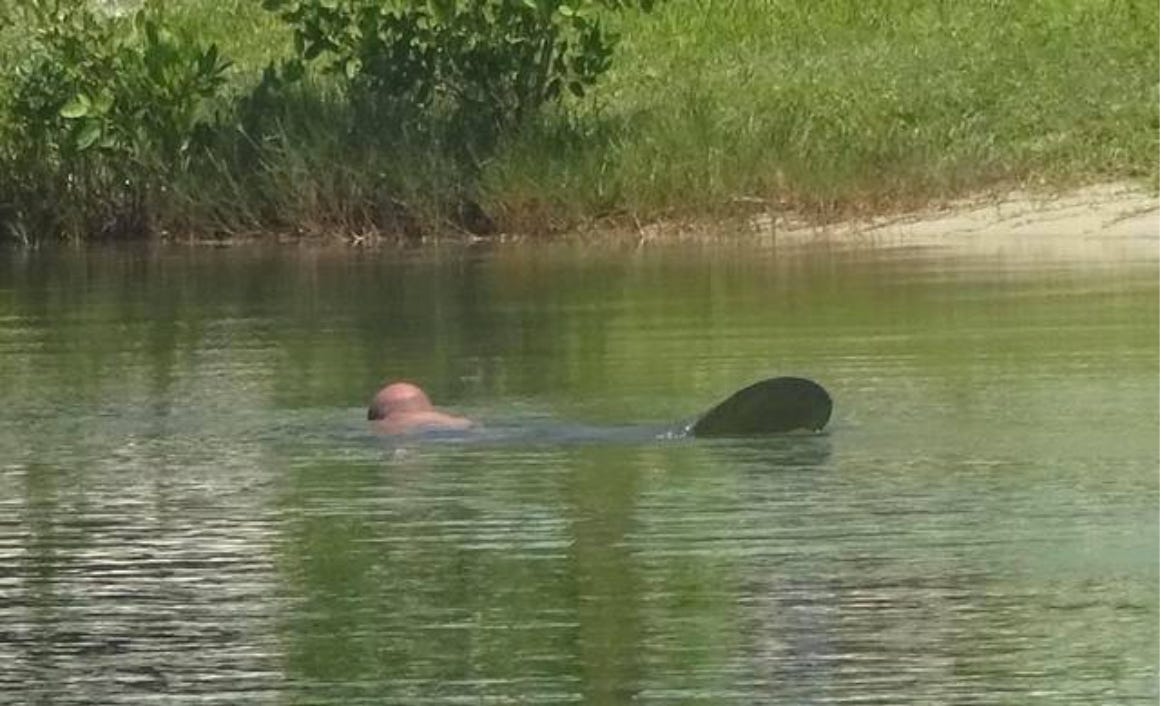 A man trying to take a ride on a manatee instead got a ride to the Monroe County jail Friday in Islamorada.

A witness advised the defendant that making contact with manatees was against the law, but the man reportedly declared, “I’m riding it!”

I was born and largely raised in Florida and I had no idea that molesting a manatee was a crime. I mean, I knew that fucking manatees is frowned on and that by and large people should refrain from all sexual contact with animals, but I didn’t know that you couldn’t even touch one of those majestic sea cows. Seems a little outrageous.

There’s plenty of stuff in Florida that will kill your ass dead: stuff like huge snakes, alligators, and fraternity bros high on bath salts. So when you get the chance to take a ride on a manatee to escape the dangers of life and relax a little bit, you absolutely have to do it.

I wish I could ride a colony of manatees. I’d throw on my swim shirt and oversized hat and hop right in. We’d glide through the water without a care in the world. It’d be magical. Euphoric even.

I have a feeling that was a dream that James here had as well. He tried to capitalize on that dream and people were being fucking haterz per usual. My pal James is homeless. I can’t imagine the stresses that come with being homeless but I bet swimming with manatees relieves some of that stress. Hate seeing someone getting arrested for relaxing with the most gentle creature on the planet. Only in Obama’s America. 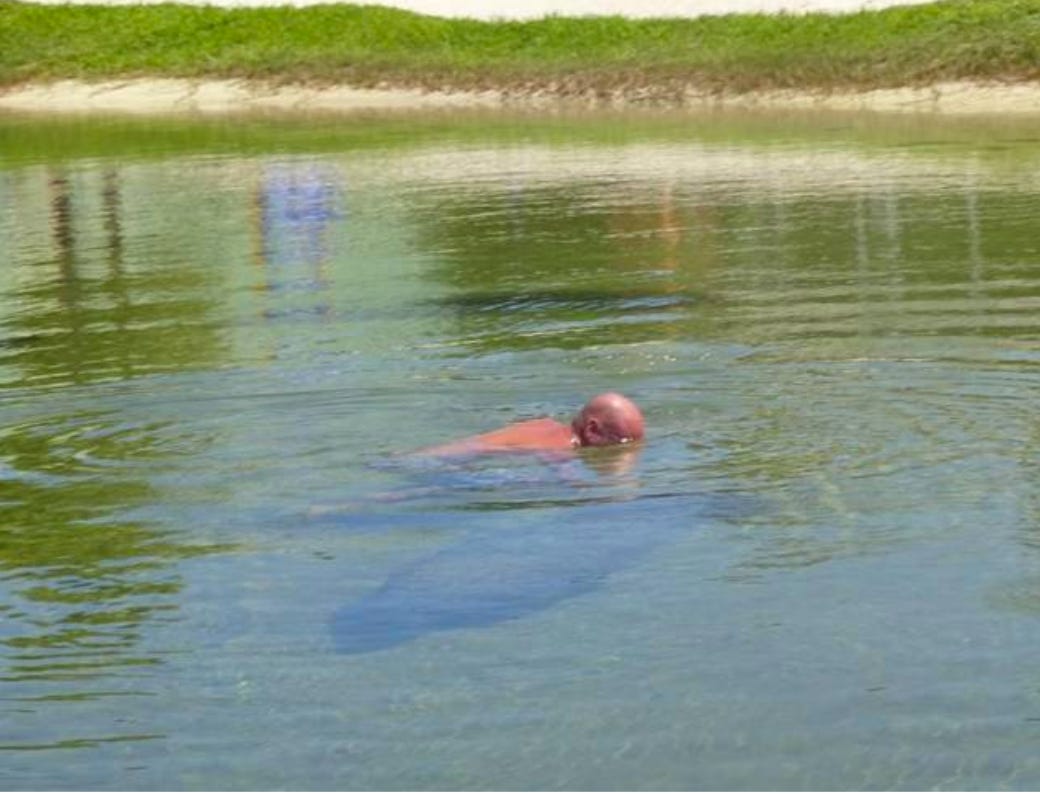