A couple things to take into account here. The Game is a product of the mid-2000s gangsta rap scene. He may still hate Curtis Jackson but he also learned a lot from him. Meaning the best thing to do to drive album sales is to start a beef with another rap star right before your album comes out. That’s what’s happening with him and Meek Mill right now. The Game has an album dropping in mid-October so the best thing to do is take shots at somebody to drum up interest. Game doesn’t have the same juice he had back in those days so he had to attack a relevant rapper. That’s not me as a G-Unit fan boy throwing shade. He simply doesn’t have the same relevance in 2016 that he had in 2006 so he had to do this. Facts. 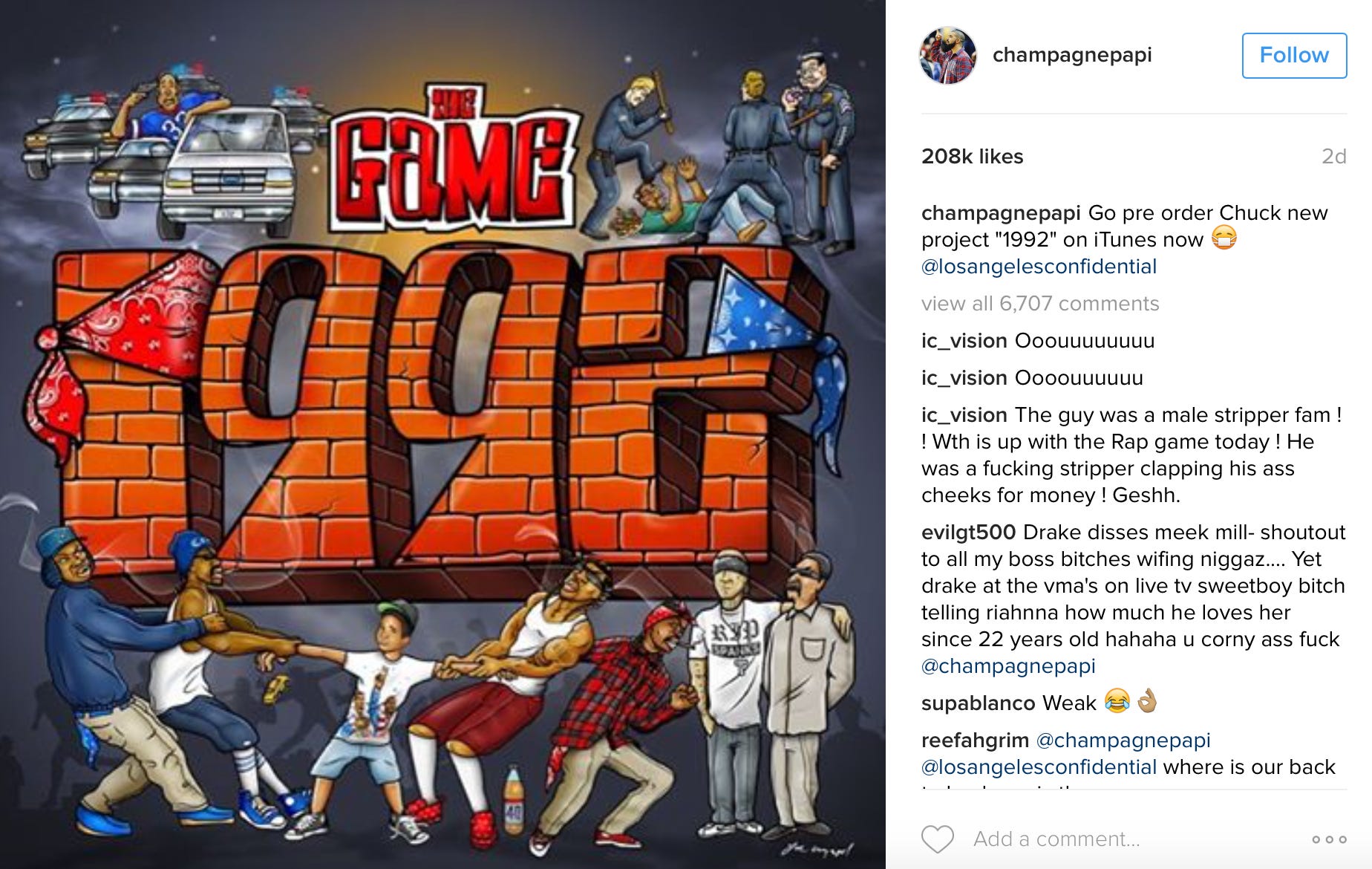 The other thing to do is to make outlandish claims about fucking members of the most famous/controversial family currently on God’s green Earth. That’s gonna grab headlines every single time. It did with this blog. I will say this though, there’s a 400% chance Game actually fucked all those girls. That to me is just how Hollywood rolls. Everybody fucking everybody at all times. If you’re famous and single in Hollywood ,you fuck other famous and single people and the world keeps turning. Honestly the most shocking part of the video is that Game hasn’t fucked Kris Jenner. I literally just assume that everybody has fucked everybody in Tinseltown. Which is why the Brad Pitt affair news couldn’t have been less shocking to me. Not only do I assume that everybody fucks everybody but I also assume that everyone knows. KFC said it earlier but for Angelina Jolie to say she didn’t think Brad would fuck co-stars on a movie set is straight hypocrisy.

Long story short. The Game said this to get attention and to drum up conversation surrounding his soon-to-be-released album but he for sure fucked those three chicks. No doubt in my mind.