The Bears fell out of first place with this surprising 23-14 road loss.  They dominated the first 3 quarters and then the referees decided it was time to cover their bets giving the Bears no shot in the 4th quarter.

Even with the loss there was a lot to be excited about.  Alshon Jefferies had a nice game, Cutty looked like his usually reliable self, and the defense looks like it is close to returning to dominance.

The Texans did lead the game in screaming which is something I hope the Bears worked on at practice this past week.

Fun Fact of the Game: Texans had 6 penalties for 69 yards (nice).

The Bears own the Philadelphia Eagles. The overall record when these two teams meet is Bears 29 Eagles 12.  I expect no different this week, but let’s first look at the last three times these teams have met.

Bears legends Earl Bennett and Johnny Knox lead the way scoring 3 total TDs early to put away the Eagles.  Garbage time is the only thing that kept the score close.  Statement game for Jay Cutler who threw 4 total TDs (Bear for life G-Reg Olsen caught one too).

Earl Bennett does it again racking up 95 yards and another TD.  Bennett would be in the Hall of Fame if he played the Eagles every game.  Marion Barber and Matt Spaeth did what they do and each scored a TD of their own.  Bears were down 4 going into the 4th quarter but that’s when Cutty shines brightest. 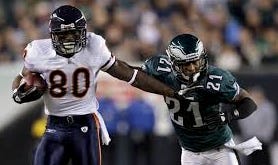 I don’t think I have to go too deep into explaining this massacre.  This was the first year that Marc Trestman was the head coach.  Very surprising his success in the CFL didn’t translate here.  #AlouetteForLife 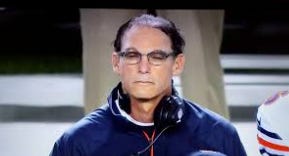 Do you think it’s a coincidence the Bears signed former Eagle Chris Prosinski?  Once again Ryan Pace basically steals a teams playbook. I realize they’ve changed coaches, but how much can possibly be different between Chip Kelly and Doug Pederson?

Jay Cutler is one of the greatest Monday Night Football QBs of all time.  Bears are 8-2 when Jay starts on Mondays.  He has a 95+ QB Rating and 20 TDs to only 7 Interceptions.  Last year he working his 4th quarter wizardry to comeback and beat the Chargers.  Jay Cutler excels when the world is watching. That cannot be argued.

Can you name a single player on the Eagles?  Old man Darren Sproles and rookie QB Carson Wentz are the only guys I can think of.  They are barely an NFL caliber team.

Bears win this one in a laugher: