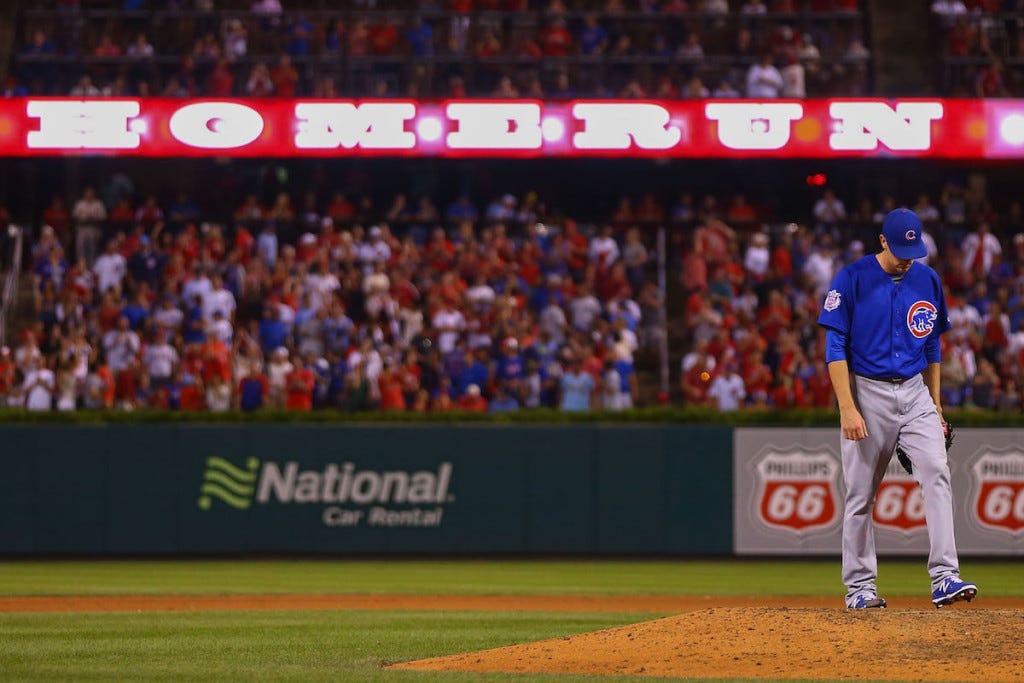 I’d love to see a statistic on how many no-hitters have been broken up by a home run in the seventh inning or later. It’s gotta be close to 30% or higher. Just feels like no-hitters ALWAYS get broken up by home runs. Anyway, despite losing the no-no, Kyle Hendricks still went 8 innings against the division rival St. Louis Cardinals, allowing just that one earned run. Since July 26, Hendricks has lowered his ERA from 2.39 to 2.03 by accumulating a 1.28 ERA over his last 8 starts, the lowest ERA in the MLB over that span. Hendricks’ 2.03 ERA this season is the lowest mark in the majors, and nobody else is really even close.

Noah Syndergaard (2.48) and Jon Lester (2.51) are the next closest to Hendricks, but they’re really not even in the same neighborhood. Hendricks’ WHIP (0.96) trails only NL Cy Young favorite Max Scherzer for the major league lead (0.92). But there’s no doubt that Hendricks will be in the Cy Young conversation with names like Madison Bumgarner, Jose Fernandez, and the aforementioned Scherzer, Lester, and Syndergaard. Shit, if Hendricks finishes the season the way that he’s been pitching over his last 8 starts, he could, and probably even should, win it himself. Regardless, the case that he’s built for himself to this point cannot be denied.