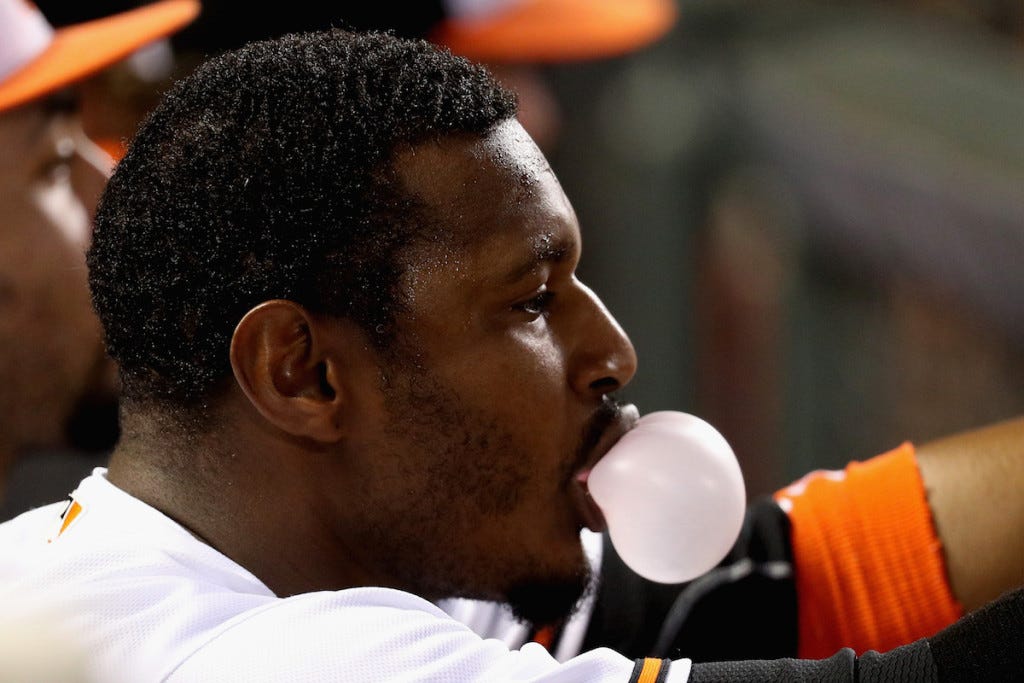 It all started when San Francisco 49ers quarterback Colin Kaepernick sat on the bench during the National Anthem on August 26.

Some were outraged, some supported him, and others even joined him. Instead of sitting during the National Anthem, Kaepernick now kneels, as have a handful of other NFL players. Some have chosen their own personal ways of silently protesting, like Devin McCourty and Martellus Bennett of the Patriots, who raised their fists after the National Anthem on Sunday. After the game, McCourty explained why he chose to raise his fist after the anthem, instead of sitting or kneeling during it.

“Around the NFL, a lot of guys are doing different things. It’s all for the same cause: different social injustices. We’ve talked as players throughout the league trying to make change in our communities one by one using our platform, not just doing it on Sunday’s and game days. We’ve talked about different things we’re going to try to do to help the country and help our communities out.

(On Sunday), I wore socks with the American flag. I believe in this country. I love this country. My father was in the Army. My older brother was in the Army. Those men and women go out there and put their life on the line. I respect that. That’s the reason why I didn’t do anything during the anthem because I respect it. You talk to people about how much respect they have for the flag. That’s why they believe. That’s why they go fight. Nothing but respect for that.”

That’s the best way to go about this, in my opinion. If you’re a professional athlete, you’re automatically given a huge platform to spread awareness about any particular cause that you choose, and these social injustices that athletes are protesting are clearly a worthy cause. Freedom of speech and freedom of expression are some of the greatest liberties that this country has to offer its citizens.

However, those who choose to exercise those rights should not lose sight of the fact that thousands upon thousands of American men and women have died to protect those rights. Out of respect for them, it’s my personal opinion that the National Anthem isn’t an appropriate time to protest. Honor those who have died, and those who are actively fighting for your right to protest at all. That’s the least you can do. And, once you’ve done that, go about your protest like McCourty and Bennett did on Sunday. Your message gets across just the same without being perceived as disrespectful. But then again, me saying when a person should or shouldn’t protest defeats the purpose of having the right to protest in the first place. It’s just a matter of knowing better than to do it during a time that means so much to those who have served.

But it’s interesting — Bob Nightengale of USA Today pointed out that “there have been nearly 250 Major League Baseball games played, and not a single player has taken a stand.” Baltimore Orioles outfielder Adam Jones had some thoughts as to why that might be.

“We already have two strikes against us already,” Baltimore Orioles All-Star center fielder Adam Jones told USA TODAY Sports, “so you might as well not kick yourself out of the game. In football, you can’t kick them out. You need those players. In baseball, they don’t need us. Baseball is a white man’s sport.”

That quote right there, “Baseball is a white man’s sport,” is what’s going to make the rounds, which is kind of shitty, because the rest of what he said should be what’s getting the attention. Nightengale writes that, “Indeed, African Americans comprise 68% of the player population in the NFL, and 74% in the NBA. That number is just 8% in baseball, with only 69 African-Americans on the opening-day rosters and disabled lists this season,” so his stance that baseball is a sport with very few African American players is true, but this notion that somehow they would be exiled from the MLB for protesting is just nonsense. The civil rights movement truly began in 1947 when Jackie Robinson broke the color barrier in baseball. The sport is certainly no stranger to this particular issue.

Also, when I read the “Baseball is a white man’s sport” headline without any context, I originally thought he was referring to the fans, not the athletes. It would also make more sense if he meant it that way, because he’d be inferring that maybe African American MLB players don’t want to protest a black-related cause in front of a mostly white crowd, and the statistics support that that’s essentially what they’d be doing.

But since I’m gathering that he meant the sport is “white” because of the amount of white players, then that’s kind of a slap in the face to all of the great latino players in the game, since there are a ton of them. They might not be the majority in the MLB, but there are enough of them to make saying that baseball is a “white man’s sport” an inaccurate statement.

You’ve gotta read the entire interview, because Jones says a whole hell of a lot about this subject, but here’s what he said that stuck out to me the most.

The First Amendment says we have freedom of expression. We’re supposed to be so free, so free. But any time anybody of color speaks up in the United States, for some odd reason, they always get the raw end of the deal. It sucks.

So let’s just not say that in America, only one person can say something. We all have input because America has always been a country that has united everybody.”

He’s right. There’s no doubt there’s a double standard here. And back to the original question of why haven’t we seen any protests in the MLB yet? Jones answered by saying, “No one has done it, yet, but that’s the key word here: Yet. We will see.”