WTHR – A dramatic video is taking social media by storm. It shows a serious fight between an Arlington High School student and an employee who took blows from that student after they wrestled to the floor in the school hallway.

Indianapolis Public Schools is investigating the fight, which happened at the school last Friday.

Part of the IPS “use of force” policy states staff members can use limited physical force to prevent injury and goes on to mention self-defense. During the employee-student fight, the student repeatedly punched the employee in the head. You can also hear other students in the background egging on the student to grab the staff members hair.

Other school employees eventually get the student and their co-worker separated, but the student still kicks the employee and even mentions a previous fight.

Jesus fucking Christ can you even imagine being a student or an employee in this school? All you need is Coolio and that sweaty fat guy sitting there rapping “Gangsta’s Paradise” at Michelle Pfeiffer backwards in a chair and you have a perfect picture of urban educational decay. And the most messed up part to me is that these teachers for the most part seemed to do everything right, took the girls down as painlessly as possible without really raising a hand, tried to defuse the situation and keep other kids at bay to keep it from escalating, but they probably won’t even be able to do their job now because of this. I genuinely don’t even understand how it gets to this point for everyone involved, like you got a teaching degree and you’re pinning a teenage girl down hoping she doesn’t beat the shit out of you more…that has to be a moment where you really question every life choice that’s put you on this path.

For the record this dude was the real MVP: 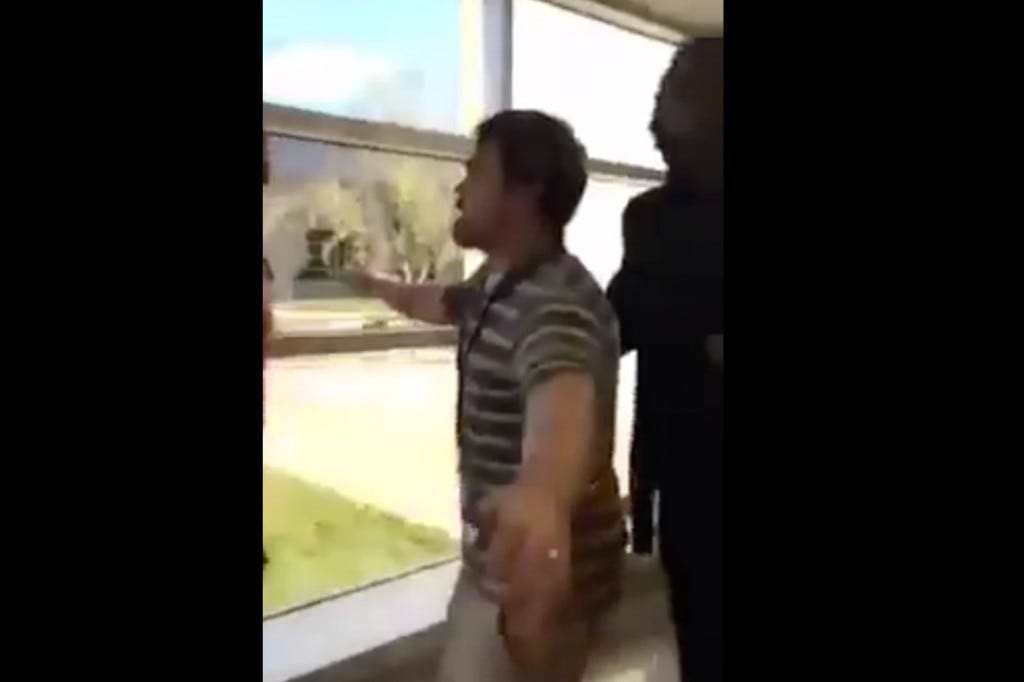 Standing between the middle of the teacher and student after all that shit is bravery x 1000. Kudos to this overgrown midget gentleman for being the cooler head that needed to prevail before the school turned into one giant prison riot. Indianapolis, who knew?