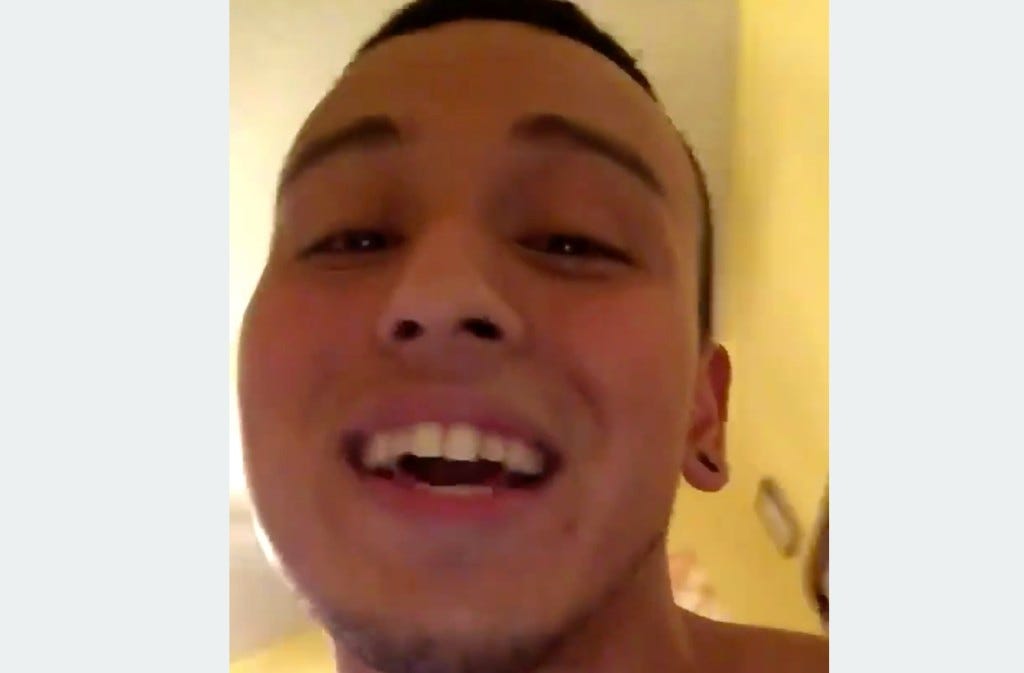 I have such a love/hate relationship with these “person tries to publicly shame a significant other for cheating” videos. The inherent tryhardness of it all drives me nuts but I can’t help but appreciate the voyeurism of it because there’s such delicate human emotions on display here. This dude is Snapchatting it with the hopes of showing the world how “savage” he is and how he’s such a badass who doesn’t care about basic human emotions even though he was going to like bankroll this chick’s life and kid. But you can tell hearing him talk, the fact that he’d go through all this, even the way it looked like his eyes welled up a little at parts…that’s not savage. That’s a dude going through real shit and trying to turn this into some sort of viral moment.

My advice for any guy who thinks this is a good look: Don’t try to make some “quality internet content” out of it and instead just live the moment and let yourself feel so you can get better from it. Iron sharpens iron. Or you could be less of a pussy, call her a mean name or two then move on with your life thanks to some combination of new vagina, alcohol, and drugs like an adult. But you can’t have it both ways and broadcast it online as if you’re somehow the winner of the breakup, that’s a lose-lose, even if your mom did sign a field trip permission slip for you to post it on Snapchat.