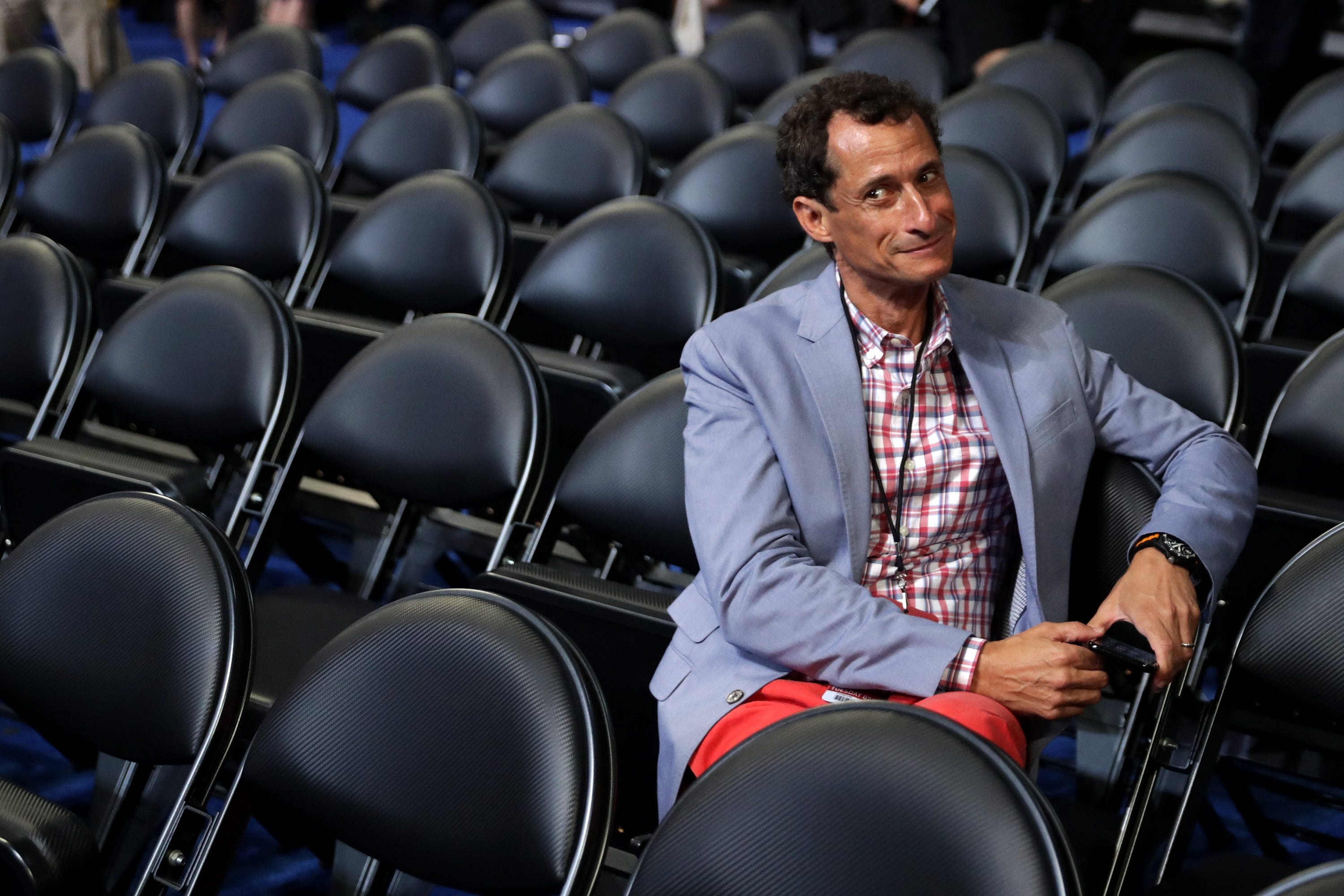 NY Post – A porn web site has extended a helping hand to helpless horndog Anthony Weiner. Smut site Porn.com has taken pity on the disgraced politician after he lost his wife, Hillary Clinton aideHuma Abedin, and his job as a TV commentator after his latest sexting scandal broke. “Anthony Weiner’s most recent series of ‘sextings’ have made it quite clear that he suffers from sex addiction. As is often the case with addiction, his life has been turned upside down. His marriage has ended and he has lost his job at NY 1,” said the site’s VP, Charles Anderson, on Thursday. “Porn.com takes sex addiction very seriously and we realize Mr. Weiner is in a very bad place,” sympathizes Anderson. “He must feel very alone, except for the nameless women he has been sending the now infamous ‘crotch shots.’”Anderson hopes to hire Weiner to write a monthly advice column for the site entitled, “Dear Mr. Weiner.” “This is a serious and sincere offer as we wish to appoint Anthony Weiner our first-ever, love and sex columnist for Porn.com,” says Anderson, who says his responsibilities would include penning a blog where “he would offer advice, as well as comment on trends in porn,” and that “he would also rate his favorite adult films.”

Which leads me to my second point – is Anthony Weiner in ANY position to be writing an advice column about sex addiction and what not? Dude has effectively flushed his entire life down the toilet to send pictures of his dick to ugly women. Who on earth wants to listen to that dude when it comes to that topic.

Im really attracted to the family nanny but I’m afraid I’ll ruin my relationship with my wife if I act on it, what should I do?

Anthony: Take a picture of your cock and send it to her!

I want to sext my coworker but I’m afraid I might lose my job, what should I do?

Anthony: Take a picture of your cock and send it to her!

I suppose just because he’s a Professional Dick Pic Addict doesnt mean he cant give good advice. I would just have to be the biggest “do as I say, not as I do” situation Ive ever seen.