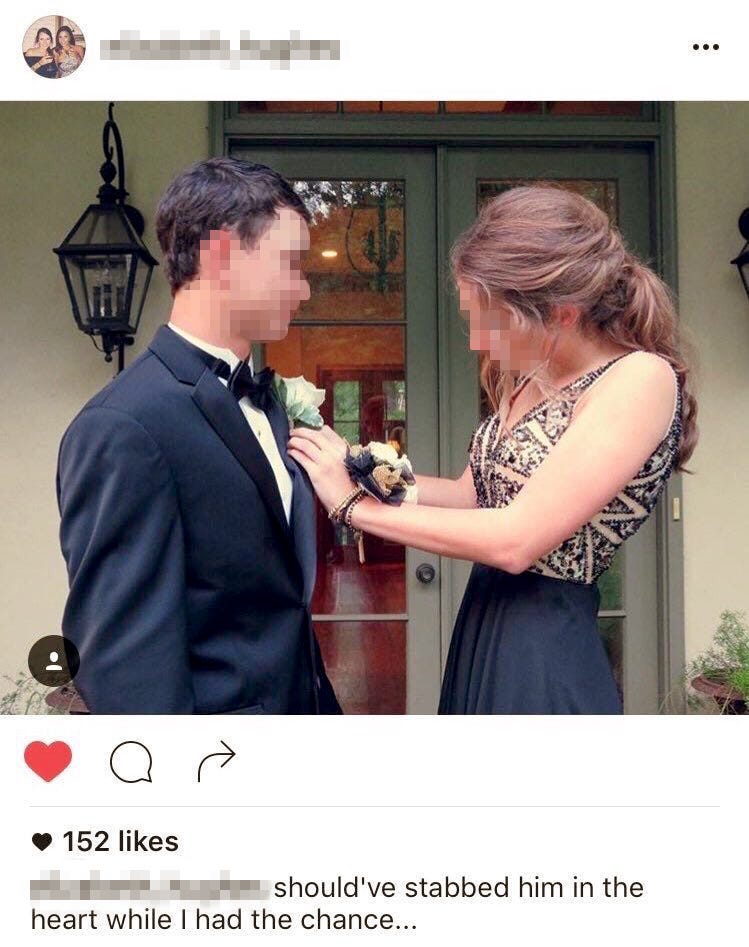 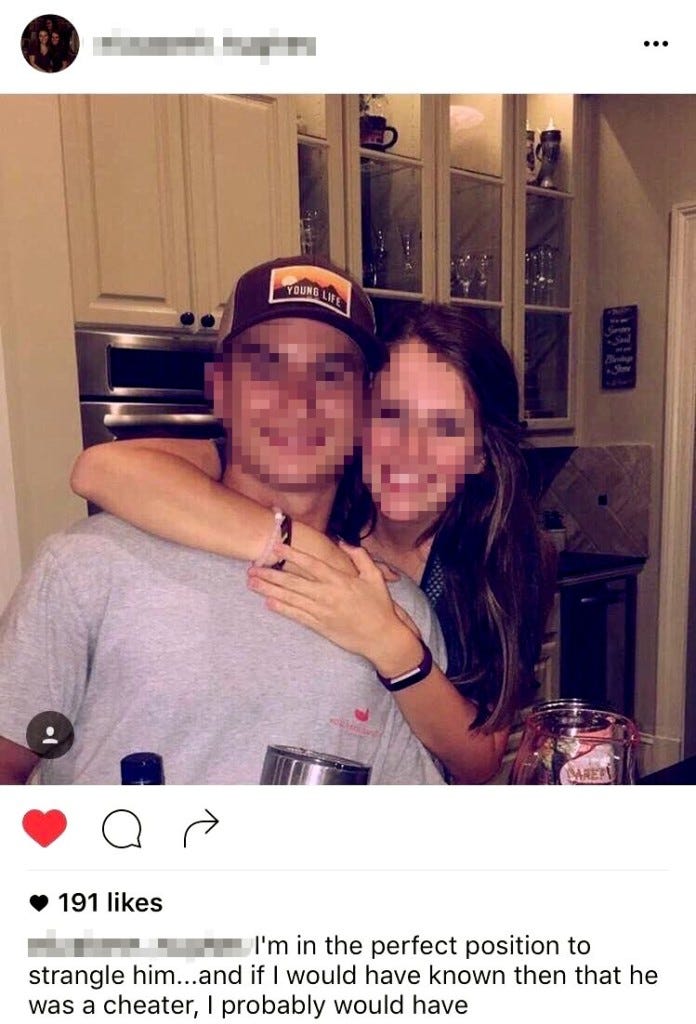 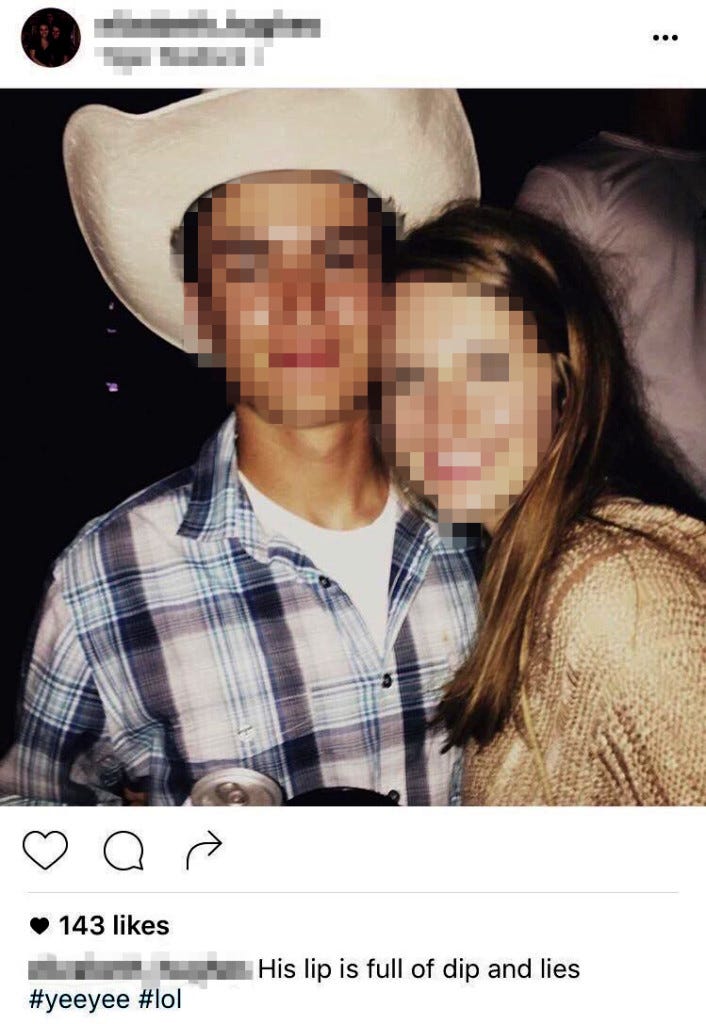 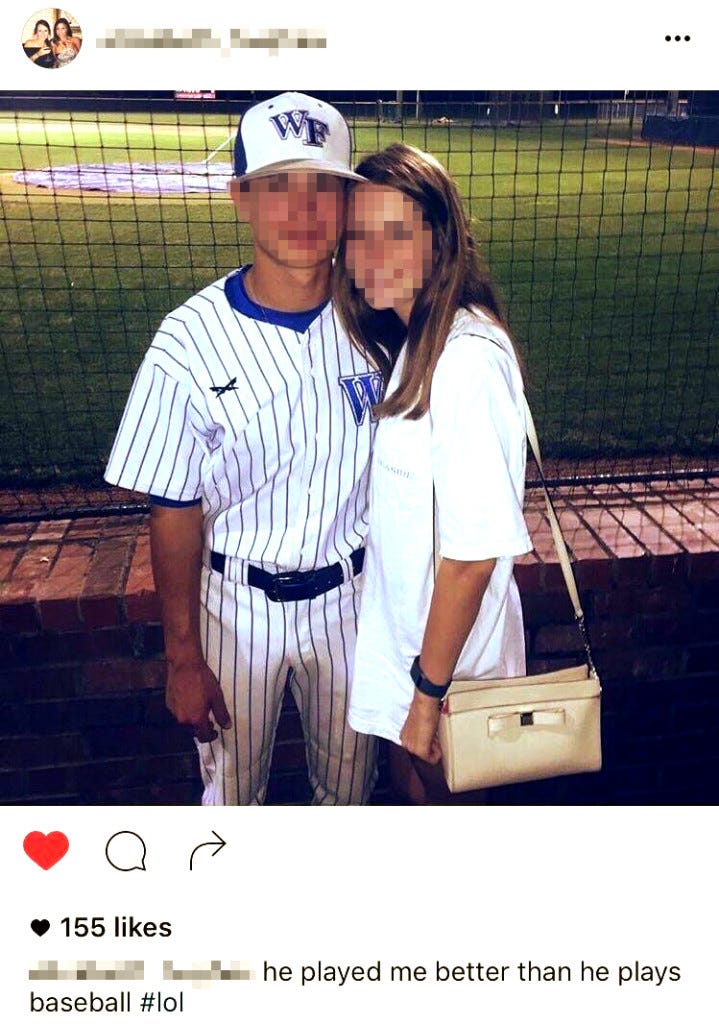 I posted another situation where a girl did something similar to this a few months back and honestly I love that it’s got a shot at becoming a trend for bitter exes. I fully admit that I’m a sucker for car wreck content like this where you can’t help but look away no matter how awkward it is to imagine yourself as the one involved in such nonsense. But I also think that for as crazy as it is, there’s probably something therapeutic involved that helps everyone move on. The girl gets all that poison out and her desire to show the world that even though she was cheated on, she still “won” the breakup. The guy gets aired out a little but he learns that that bridge has been burned and he’s got no choice to move forward, a little embarrassed but all the richer for the experience. And everyone who knows the both of them gets to discuss how hilarious it is when they’re not around. Win-win-win.

Plus there’s no way this dude isn’t getting some curiosity booty out of the situation. You blow a chick’s heart up that bad and other girls take notice that there has to be something there. You take a slight dirtbag tax for being labeled a cheater but that’s an easy spin to “bad boy who’s learned from his mistakes.” Perhaps even time and again, a pile of broken Instagram captions lying in his wake. Win-win-win-win.