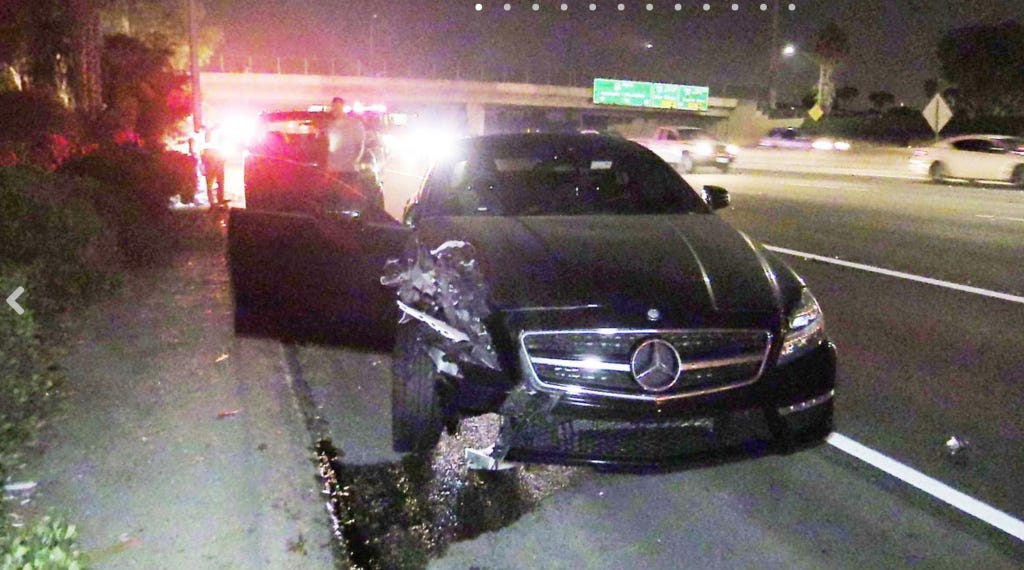 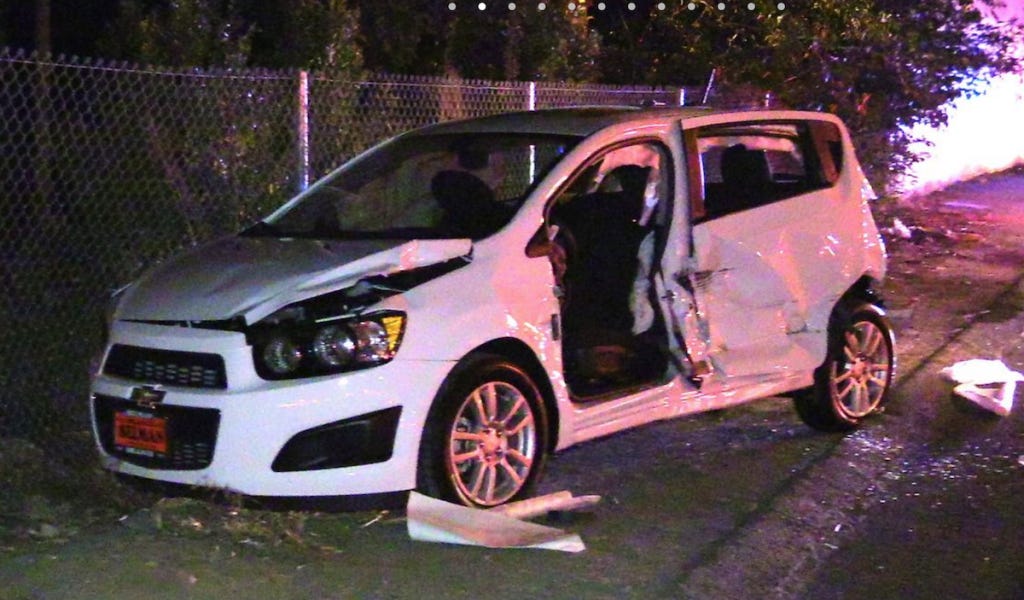 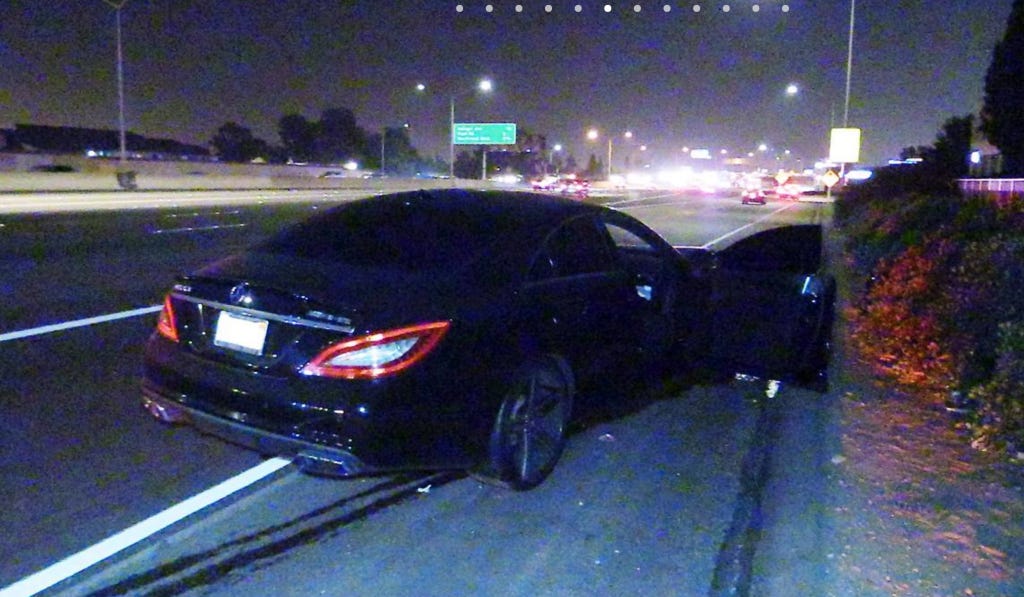 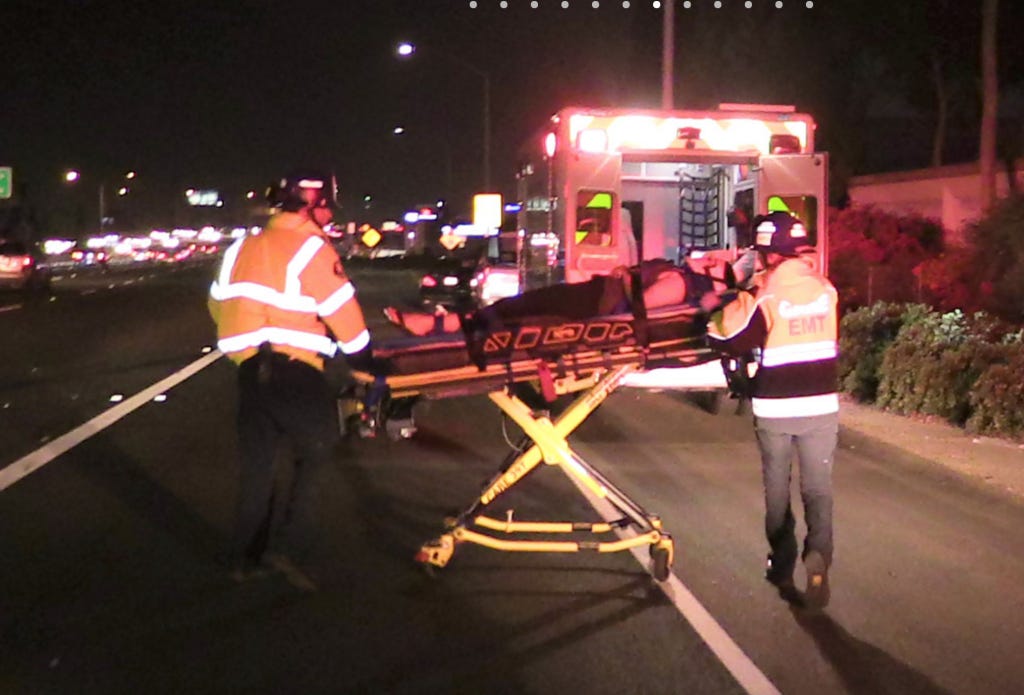 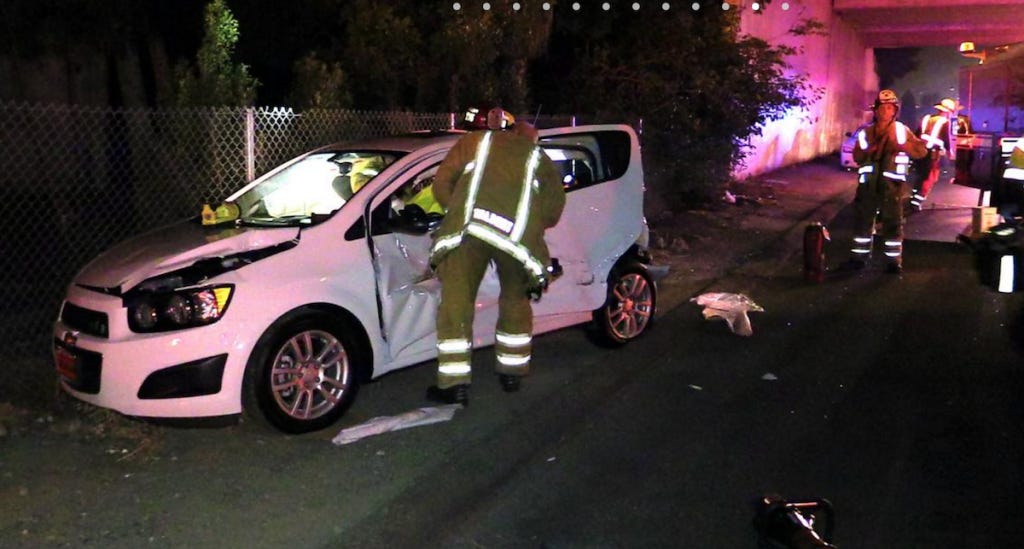 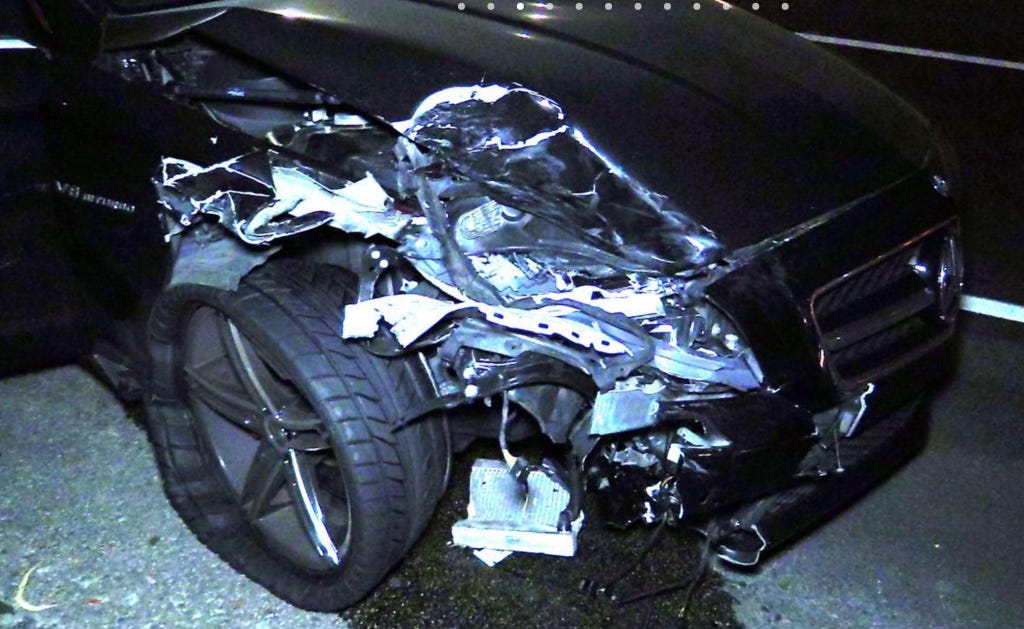 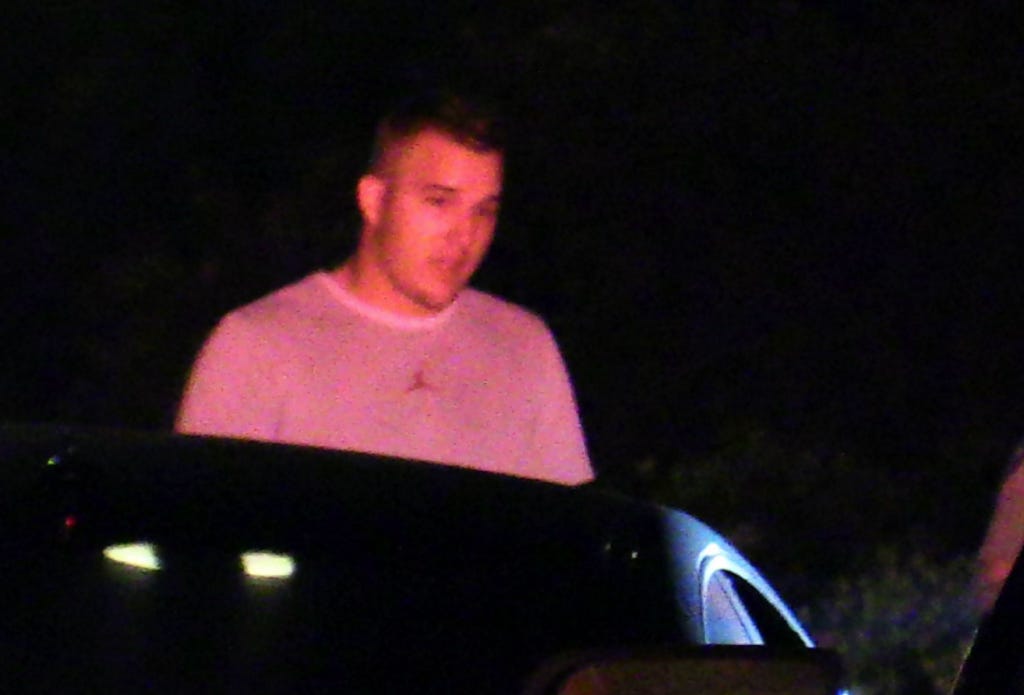 Photos via the Orange County Register.

Some scary shit right here. Mike Trout was involved in a serious highway crash last night, but was thankfully NOT injured in the accident. Here’s how it went down:

Angel outfielder Mike Trout swerved, but still hit another vehicle that had slowed to a stop on the southbound 55 freeway Wednesday night, and that Chevrolet was pushed into another car, says a California Highway Patrol report released Thursday.

Trout’s Mercedes Benz struck the left, rear side of the Chevrolet Sonic on the freeway near McFadden Avenue, the report says.

By the looks of his car, the Angels (and Trout himself) really dodged a bullet there. It looks like it could’ve been a lot worse than it ended up being. According to Trout, he’s fine, but we all know how that goes. Takes a day or two before you start feeling what you just did to yourself. Also, good on him for getting out of his car and trying to help the woman who was hurt. I’ve hit a few cars in my day, and I kinda just sit there like an asshole, trying to calculate what my insurance payments are about to bump up to.

That’s why Trout’s better than me. He’s also better than me at baseball. It’s absolute insanity that he doesn’t get much national attention, just because he’s on a last place team. He’s still the reigning, defending, undisputed best player in baseball with a WAR of 8.9 in 2016, while the next best player in the game is Mookie Betts (7.8), who isn’t even really that close to Trout.