'Call Him Papi' Episode 1: The Most Comprehensive David Ortiz Interview of All Time Premieres Today at 12pm ETTUNE IN

Chris Archer is that dude back in middle school who got up and shut off the N64 when you were whipping his ass in Golden Eye, but calls you a pussy when you wanna switch to Mario Kart because you’re having an off-day with the KF7 Soviet. When he’s whipping your ass, it’s, “Come on, man! It’s just a game! I’m havin’ fun!” But when you dance on his grave, homeboy unplugs the system so the game doesn’t even save your baller ass stats, and then tells his mom that you were being mean to him.

If you’re not familiar with what I’m talking about, let’s take a trip down memory lane. 2013, Archer gives up a bomb to Red Sox fourth outfielder, Daniel Nava, and throws a hissy fit on the mound. An inning later, he punches him out with the bases loaded, stomps around the mound, and kisses his pipe cleaner bicep while staring Nava down.

The next year, David Ortiz crushes a monster three-run bomb off of him, flips his bat and takes his sweet ass time around the bases. Archer cried about it to the media after the game, and Ortiz basically called him a little bitch.

I made a Vine of Shooter McGavin saying, “Here’s a free lesson,” and combined it with Ortiz’s home run off of Archer, and he blocked me when I tweeted it at him. I’m having fun, Chris. I’m having fun. 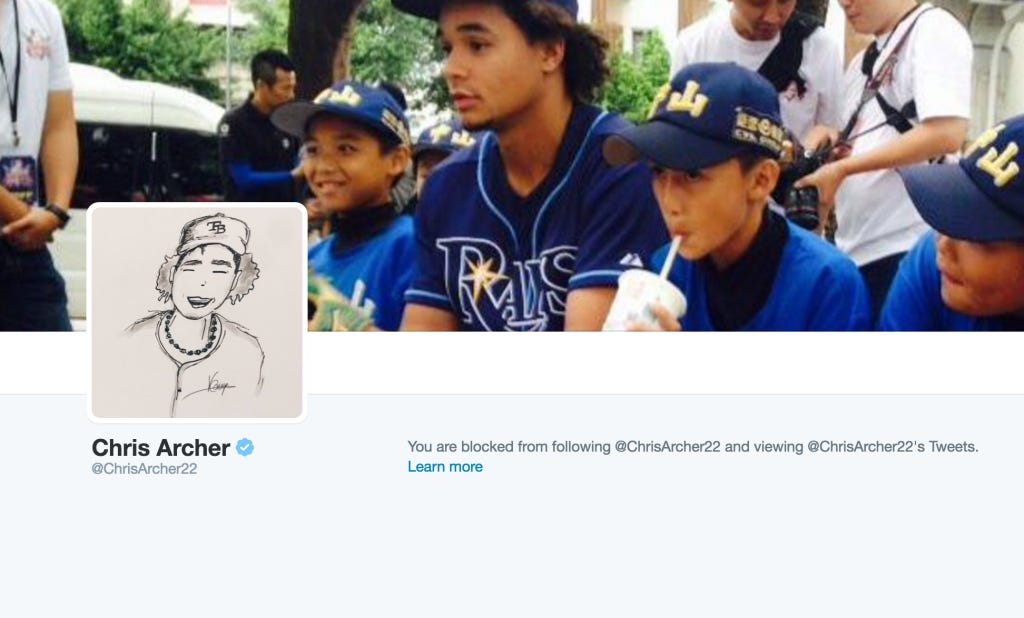