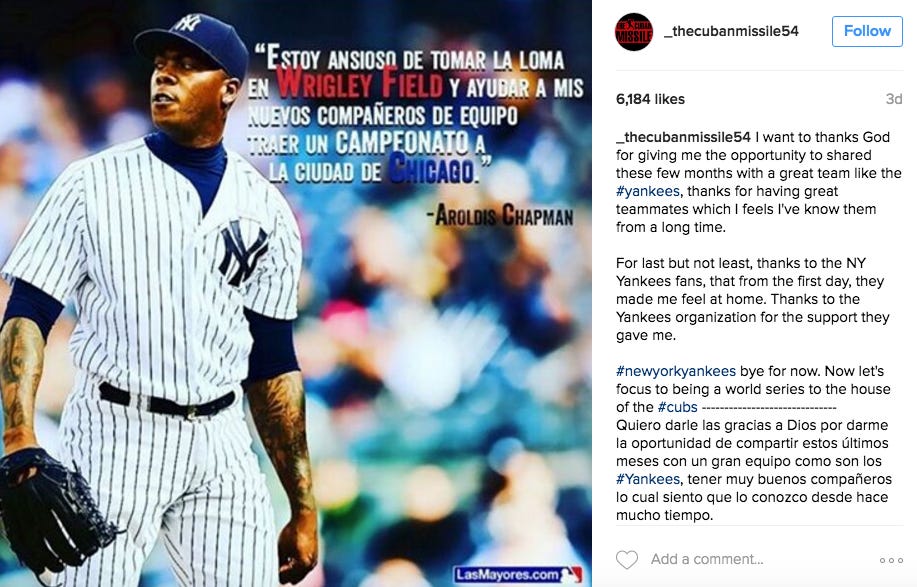 There have been rumors all season long that if/when Chapman got traded he would want to return. The Yankees have shown that they’ll give him the 9th inning if he’s on the team, and they will have the money to spend. So why wouldn’t he want to come back? Yeah the Yankees aren’t the team that they used to be, but with salary clearing out over the next two years, they’ll be back on top in no time.

Chapman isn’t exactly an english professor so who knows if something got lost in translation here, but I take “#newyorkyankees bye for now” as “You can trade Andrew Miller for a boatload cause I’m coming back!”.

PS: This means we need to cheer against the Cubs because if he gets a ring in Chicago, he may never leave and they may never let him.