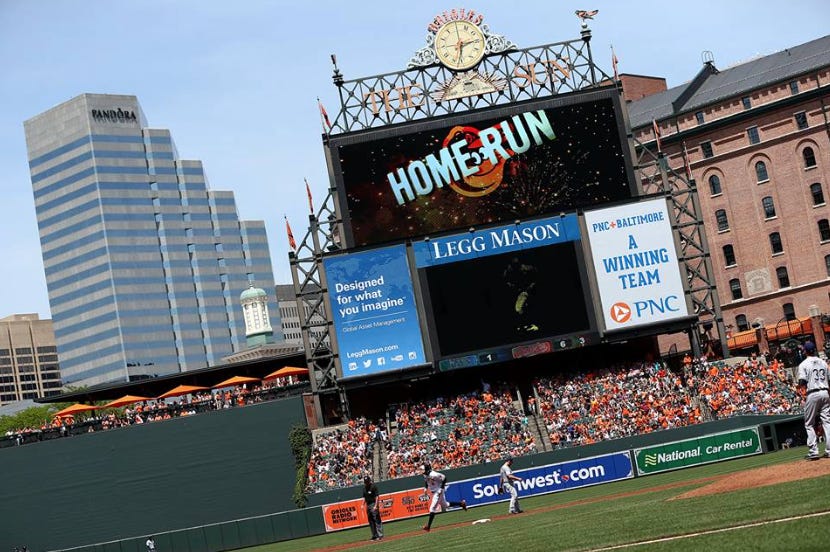 Plain and simple, the Orioles are one of the hottest teams in the league, not as hot as Cleveland, winners of 13 straight, but the Birds are putting together a nice little run. Putting up W’s in 10 out of their last 14, including a 4-game sweep of the Rays, and a 2-game sweep of the Padres. They’ve had a 7-game win streak in each month of the season, an incredible stat which explains how they have a 5 game lead in the AL East.

They kicked off a 4-game set with a loss in Seattle last night, and let me just say, I think the Orioles will be upset as they move the calendar to July.The Birds went 19-9 in June to send their record to 47-31, and went from being 2 games down at the beginning of June, to being 5 games up at the end of the month. 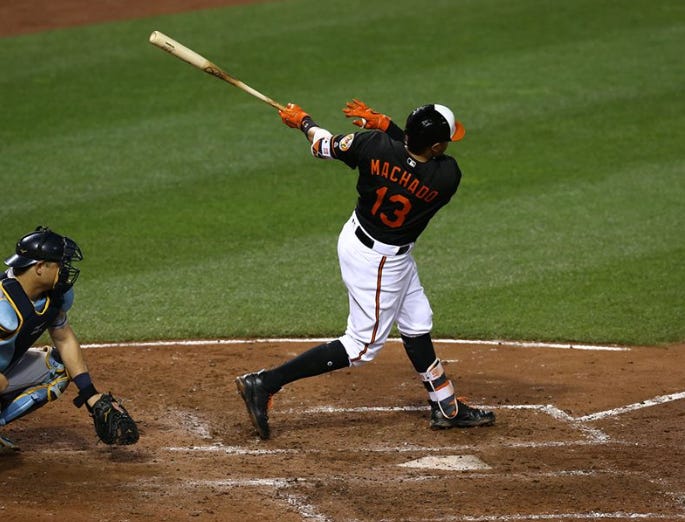 The O’s bats were on fire this month, setting a new record for home runs hit in June with 56. 56 home runs in one month is a shit ton, compare that to the Braves having 39 all season long. That record could easily be 60, but the O’s were robbed of 4 home runs this month. They scored 24 more runs than any other team in MLB, hit 6 more dongs than the next closest team, had the most hits, drove in the most runs, had the highest average, highest OBP, highest slugging %, and highest OPS, a decent month at the plate for the O’s. June also gave us Yordano Ventura getting socked in the face, that’s never a bad thing.

Check out these guys stats in June….

I know the HR record is just glory, but this team is absolutely raking right now, just when we all thought the offense would pick up. Great sign for the second half of the season. Pitching again was mediocre last month, and we can thank the bats for keeping the O’s at the top of the division. 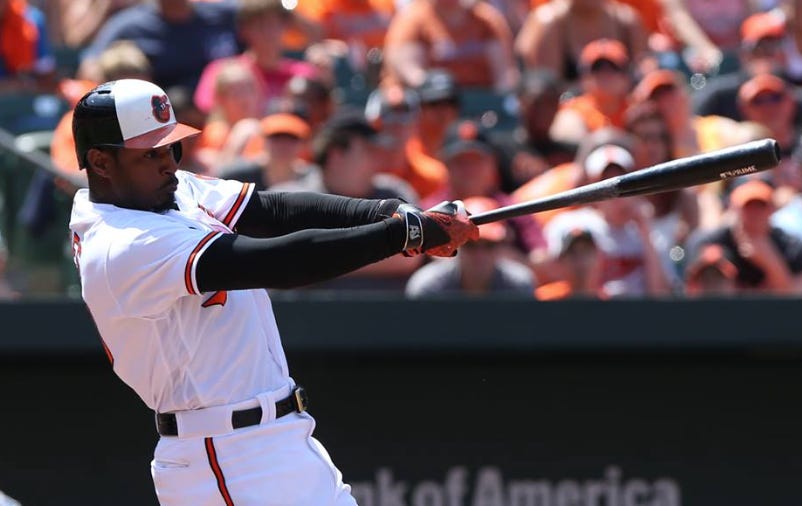 Adam Jones Is On Fire

The whole season, all you heard was how washed up Adam Jones was, maybe his age was catching up to him. Injuries did ruin the first quarter of his season and he simply wasn’t the same AJ10 Orioles fans are used to seeing. Coming into June, Jones was batting .232 with 5 homers, 24 driven in, and 21 runs scored. He ended June with 16 home runs. 50 RBI, and batting .267, talk about a rebound month for Jones. Over his career, June has been the month with the most homers, highest average, most driven in, highest slugging, and highest OPS.

Could the secret to his success be moving to the leadoff spot? Since he has moved to the top of the lineup, he is mashing. .319 average, 11 homers, 31 driven in, 32 runs, and is doing a pretty good job of getting on base with his .358 OBp. He isn’t the typical MLB leadoff guy, but that doesn’t matter to Buck, I knew Jones would get back to his form once he was healthy, glad he could prove everyone wrong. While it looks like it’s too little, too late, Jones is making a hard push to get to the All Star game in his home town, not many guys playing better than he is right now.

With 3 games down on this 9-game roady, the O’s are 2-1 with 3 games left against Seattle and 3 against the Dodgers. They are dodging the big guns of these teams, with King Felix still on the DL, and Clayton Kershaw heading there yesterday. Instead of Kershaw, the O’s will face old friend Bud Norris on Wednesday. Would be nice to see the O’s pull out a 6-3 road trip before they head home for their last series of the first half. Lets see if these bats can stay red hot, and keep adding some cushion to this first place lead. Anyone know the record for homers in July? Let’s see if the Birds can break that one too.

BTW, I need Kim to start hitting more home runs so I can keep hearing these Korean calls.