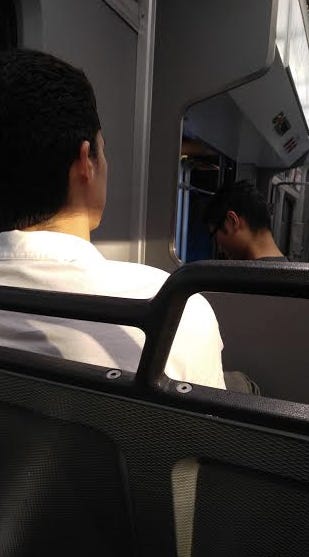 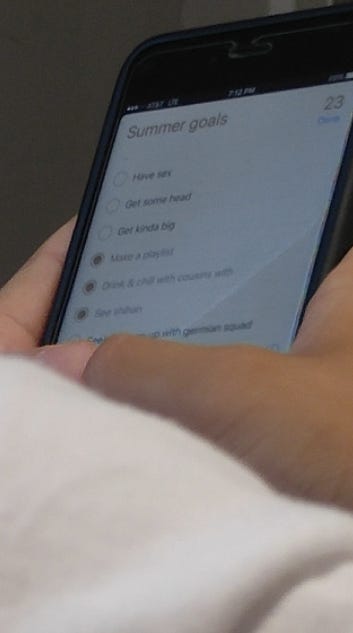 Was sitting behind this bro on the light rail in Jersey City, summer goals… thought you’d enjoy.

When I saw the email subject, “Summer Goals,” I had no idea what to expect but in my wildest dreams I never could have predicted this. Some bro on the light rail, whatever that is, taking the time to set up his summer goals in his iPhone and they are hands down, without a doubt, the greatest goals ever. One of the best emails ever, Erik.

Anyway, let’s check out these goals.

Great start. Who fucks in the winter? Nobody, that’s who. Having sex in the winter is for losers. The girls are all bundled up so you don’t even know what you’re getting, everyone’s pale and gross and fat because they get to be bundled up for months, your dick’s all tiny that moment you first take your pants off because it’s negative 15 degrees out, everyone always sleeps over because who wants to get up and go home at 2 AM in a blizzard, it’s brutal. Fuck winter sex.

But summer? Well, that’s mating season. Everywhere you look it’s sunkissed skin, beach blonde hair, and sundresses. Summer’s the time to do the sex. A huge part of the battle is knowing when to strike and on the genital jousting front, it’s summer. Sun Tzu said that.

A huge part of to-do list making is managing expectations. It’s not a “reach for the moon, you’ll land among the stars” situation, it’s more of a “if you don’t get this done you’re going to feel fucking pathetic” deal. That’s why I don’t make lists at all, but that’s just me.

Still, I’ve gotta commend our man’s sense of reality. He’s not looking for ALL the head, he’s not even looking for a LOT of head, he’s just looking to get some head. This summer, let’s get our dick sucked a reasonable amount of times. Who can argue with that? 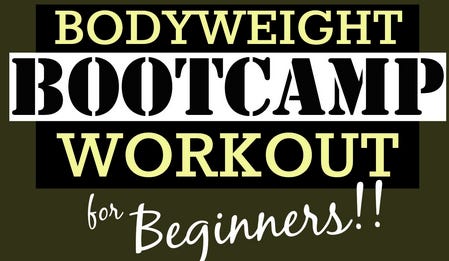 Again, masterfully written. Not trying to become Arnold in three months, simply grab some creatine and see what happens. Maybe, like, five pounds of muscle? That would be good. Plus, it’s 2016 so no one even likes really big dudes anymore. Really big dudes don’t have sex and get some head, that stuff’s for kinda big dudes. 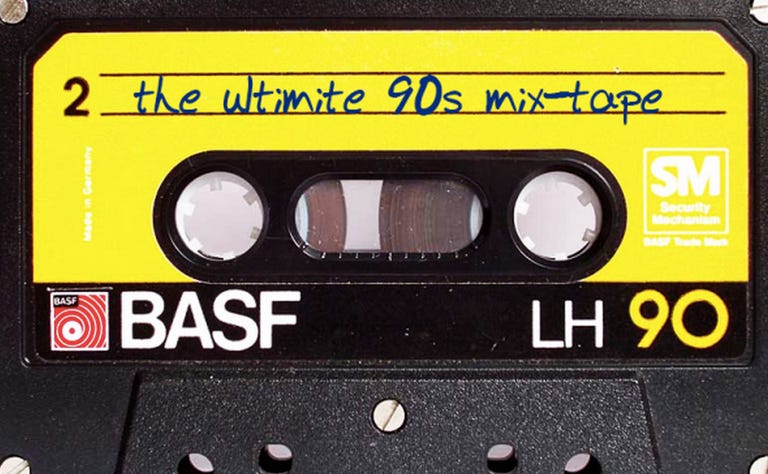 I’ll be honest, this one confuses me. Do people still make playlists? I stopped a long time ago because I thought everyone did. It’s 2016, dude. Just put on an Apple Music or a Spotify mix or something. What are you trying to woo your elementary school crush with some NSYNC and Backstreet Boys? Playlists! Who’s got the time? You still write checks and shit too? Welcome to the future, bub.

5. Drink and chill with cousins 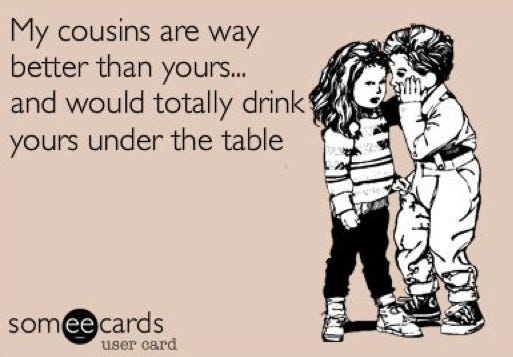 This one’s a little weird too. He must be from a foreign family or something. I love my cousins, I have a blast with my cousins, but I wouldn’t say I often “chill” with my cousins. Certainly not in the summer. Thanksgiving to Christmas, that’s cousin and high school friend who you don’t see but at least used to like season. Summer is for bro hangs and sex making.

He definitely stalled at the end there, but all in all it’s a pretty perfect list. Like any full list, as long as you knock out the top 3 you can consider it a success and the rest can be saved for tomorrow. You cross off some sex, some head, and getting kinda big then I think you can consider this one hell of a summer. I’m giving the list an 8.