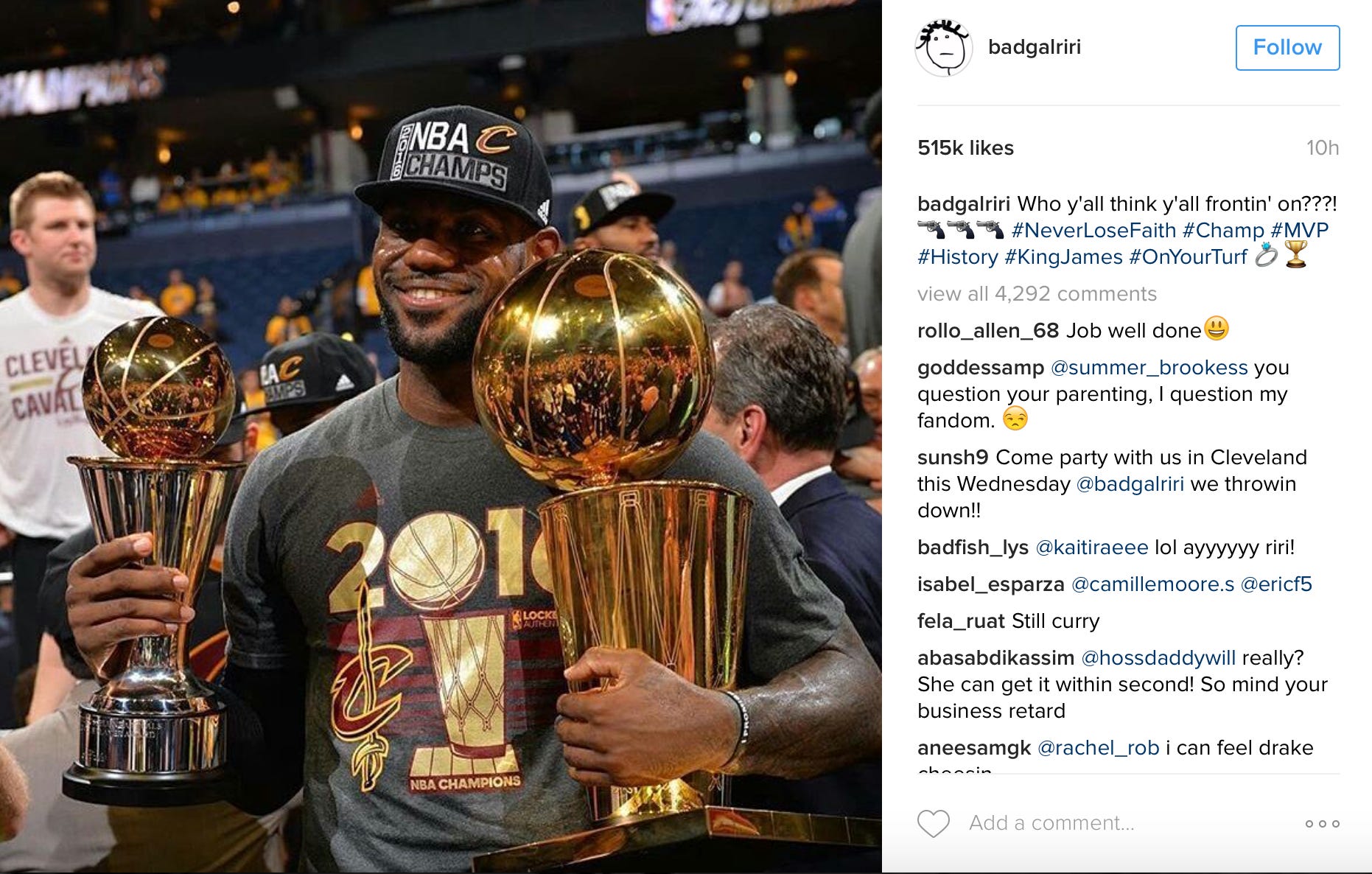 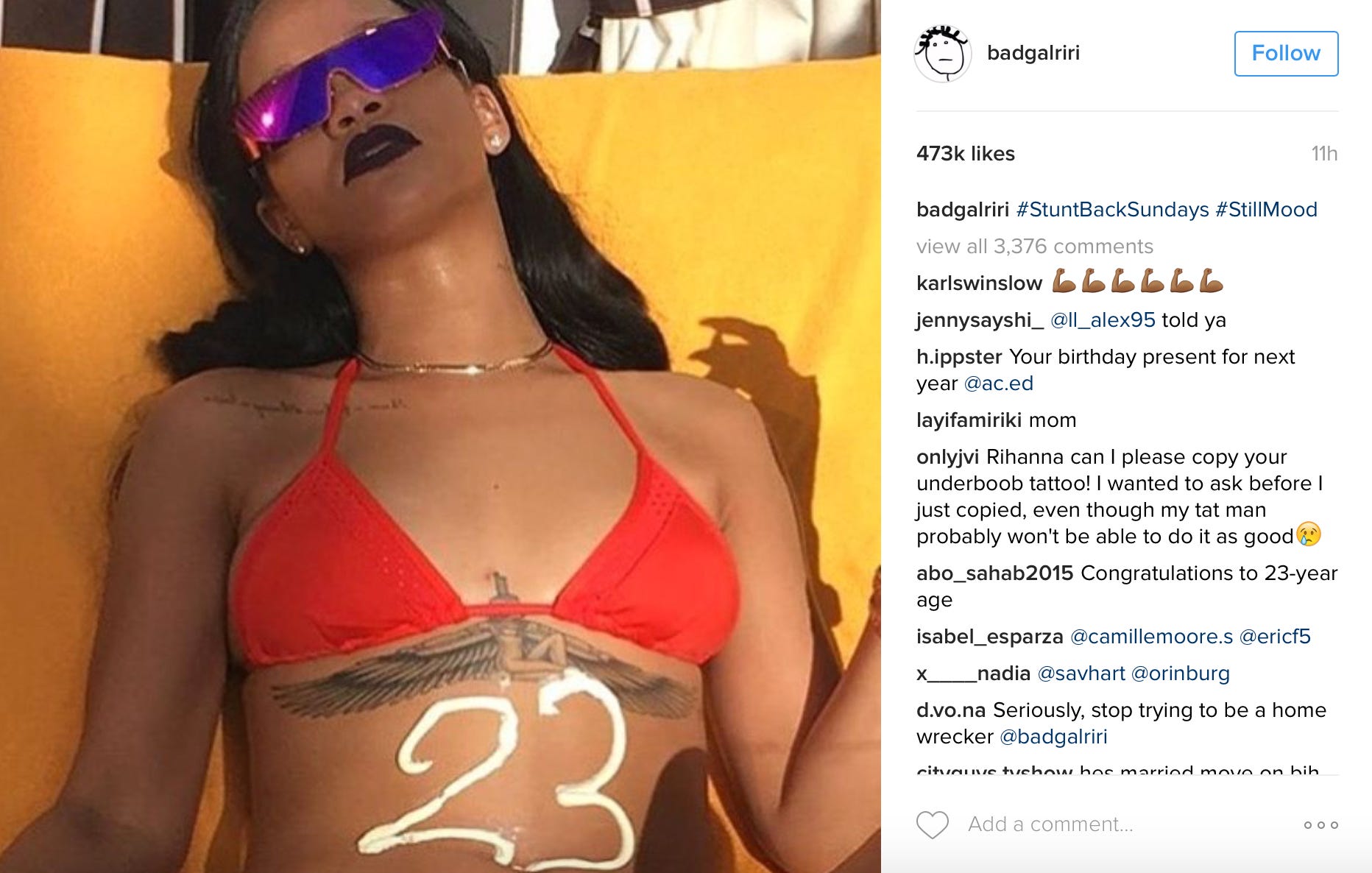 I’m not saying LeBron and Rihanna are gonna fuck now because he won a title in Cleveland. I’m not saying they’re gonna fuck because he’s a three-time champion now. I’m saying they are currently fucking and have been fucking for a longggggggggggg time. To quote George Costanza, “I know less about women than anyone in the world” but I know for a fact that LeBron and Rihanna have been fucking and will continue to fuck. And not because they’re two super stars who might cross paths here and there and that happens when famous people hang out. I’m saying that because Rihanna gets what she wants. She wanted LeBron and got him. Lots of times. No man with a dick could turn down that dick wrecker. Those Instagram posts don’t say, “OMG I’m so happy for LeBron. Such a good friend!” they scream, “I take that dude’s dick on the regular and I can’t wait to take it again. He can’t wait either. Bout to pop bottles on that dick.” These are the facts.

“But Trent, LeBron is married and has 3 kids”

This is LeBron’s wife 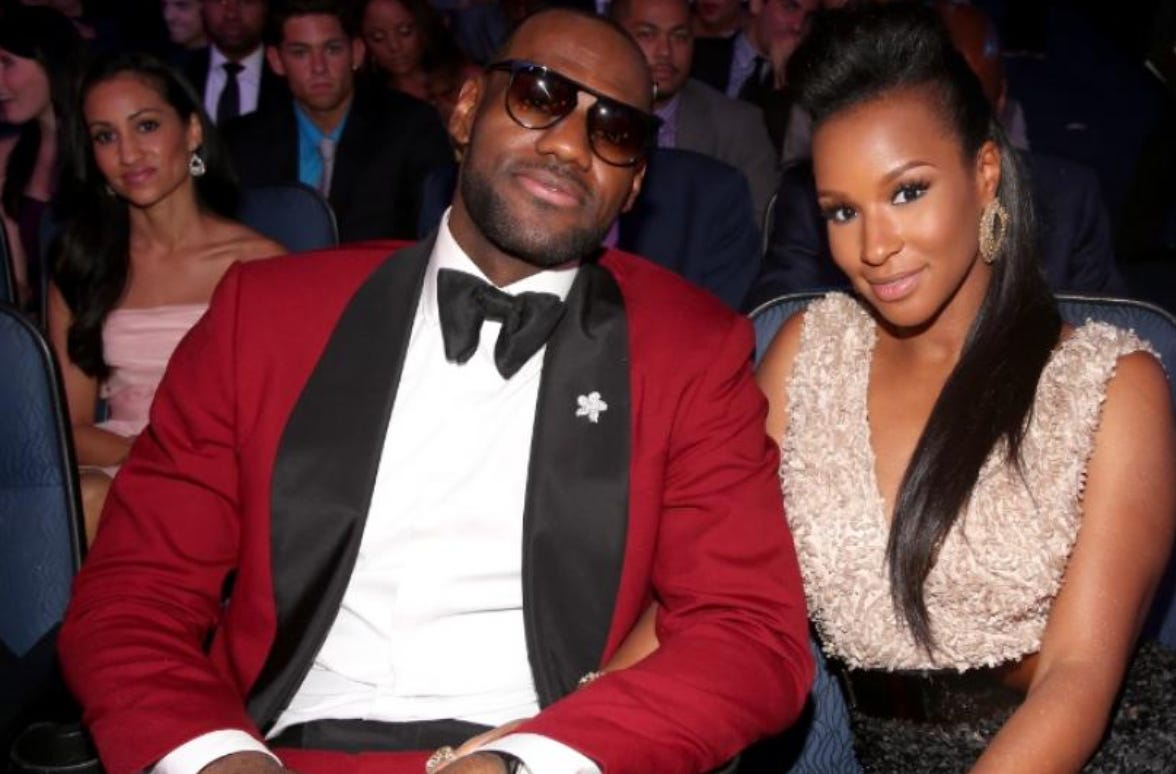 A good looking woman for sure. I’m sure LeBron is very happy being married to her and having her be the mother of his children

But if this comes knocking at your door, you’re sure as hell gonna answer.Every time. Married, celibate, dead, whatever 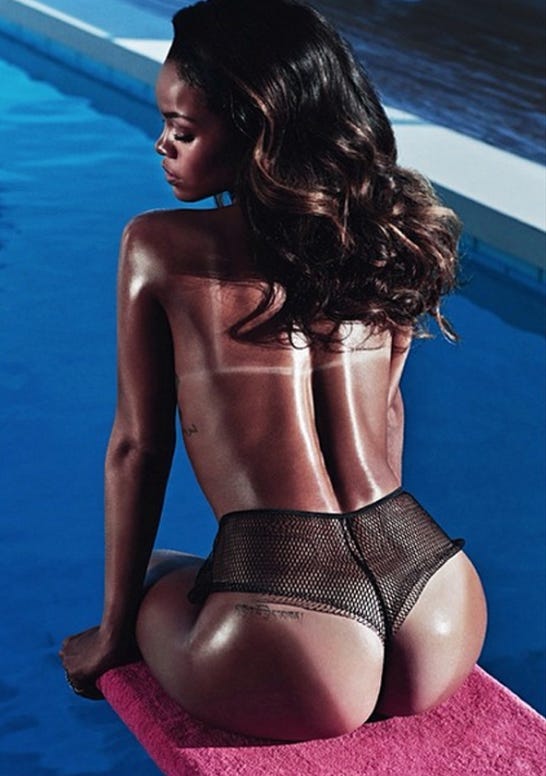