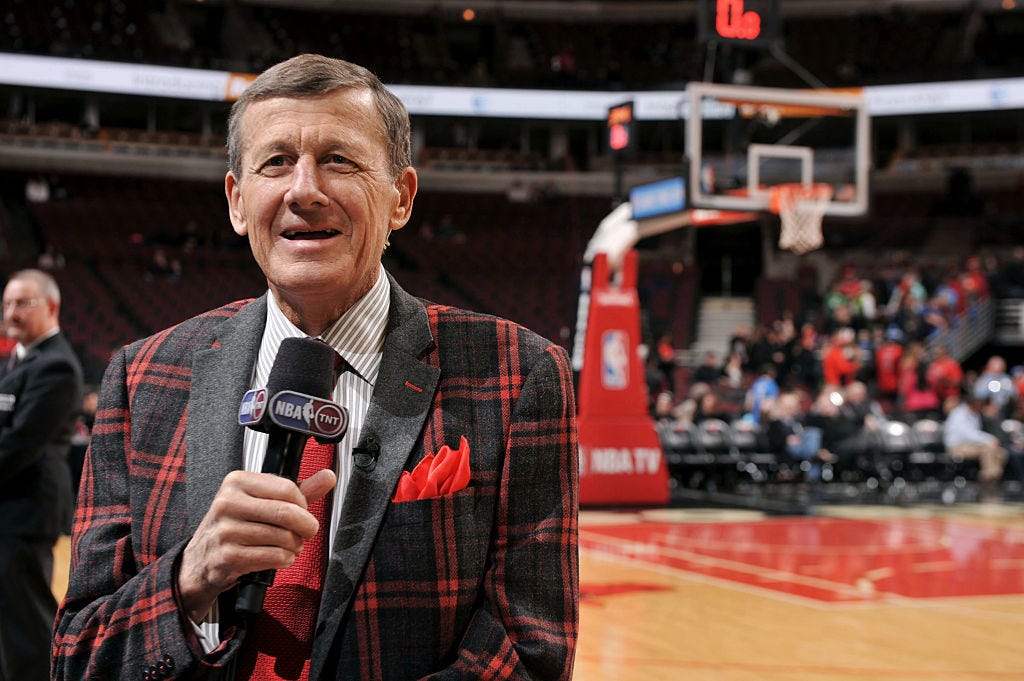 This unique, one-time opportunity marks the first time Sager has worked an NBA Finals broadcast in his legendary career. “I’d like to thank Turner and ESPN for approaching me with this tremendous opportunity to be part of The Finals broadcast team,” said Sager. “I’ve been watching the series very closely and, while I do not want to distract in any way from the event itself, I look forward to being in the building for what will be an incredibly exciting Game 6. The NBA community is a very special one and this is a great honor.”

Love this move out of ESPN and Turner. Despite being competitors, both media giants were able to put aside contracts and whatnot to allow a legend to fulfill a dream. I was actually surprised when I read that Sager never worked an NBA Finals game. I mean I guess it makes sense since the Finals have never been on TNT, but I figured Sager had somehow worked at least one Finals game over the years.

And other than rewarding a guy that has been fighting his ass off against cancer after years of being great for basketball, I love the aspect of Sager being involved in an ABC broadcast despite being a TNT employee because it feels like a WCW wrestler appearing on RAW or a WWE pay per view, which always moved the needle. Or when Family Guy and The Simpsons had that crossover episode. And I think we can all agree that Sager will bring an A+++++ suit tomorrow night. Big players show up for big games and Sagervision is no different. Keep doing the damn thing, Craig. #SagerStrong #FuckCancer.

P.S. On a semi-related note, can’t Turner lend the Inside The NBA crew to NBC for the Olympics this summer? Sure they probably know nothing about the finer points of the sports, but if Chuck can stumble his way through March Madnesss every year, he can snake his way through breaking down some swimming races while busting people’s balls. And The Chuckwagon going full tilt in Rio? That could be its own web series. Think about #content just one time for me, NBC. Because as of now, the only trump card you can play if the ratings tank is for Bob Costas to catch Zika and battle through its symptoms like when he had pinkeye in Sochi.