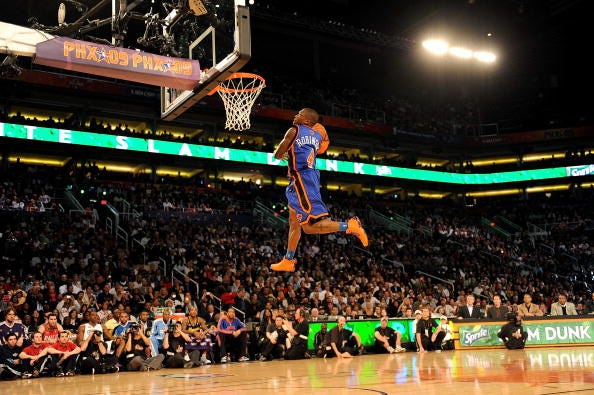 ESPN- Former NBA player Nate Robinson had a tryout Monday with the Seattle Seahawks, a league source confirmed. The news was earlier reported by The Washington Post. The 5-foot-9 Robinson had been playing basketball in Israel, but he has expressed interest in pursuing an NFL career at the age of 32.

“I need to get a little stronger, a little faster,” Robinson told ESPN.com’s Kevin Pelton in April. “Lifting weights and watching a lot of film. Work on my feet and my hands and how to press [as a cornerback]. Basic stuff. I catch on pretty fast. Just learn some of the drills they’d have me do and start practicing and get ready for it. “The biggest challenge is probably all the haters, everybody counting me out, somebody not really giving me the opportunity. That’s what I think the biggest challenge will be, getting somebody to give me that chance. If somebody gives me that chance, I know they’ll fall in love with the fierce competitor that I am because I catch on quick. Once I do that, then the sky’s the limit. I don’t know. It seems like they wouldn’t want me to be the first one to do something like this. That’s a huge challenge.” A Seattle native who starred in football while in high school, Robinson went to the University of Washington on a football scholarship before deciding to focus solely on basketball.

Stories like this blow my nonathletic mind. Extremely talented athletes work their whole lives to get a shot at play pro in a sports league and fall short. But Nate Robinson, an absolute freak, actually has a chance to play two sports professionally despite being 5’9″. Just from another planet. Now does it seem a little extreme that Nate Robinson would go from basketball player in Israel to a member of the Legion of Boom even though he can jump to the moon? Definitely. But you can’t put anything past Pete Carroll.

I bet Pete was down a 9/11 conspiracies YouTube rabbit hole and there were some David Stern conspiracy theory videos that the algorithm picked up, which sent Pete to some Nate Robinson dunk contest highlights and a light bulb went off. Why not sign Nate Robinson as the 53rd man to be the official dunker of the Seahawks? How many 53rd men on an NFL roster really contribute THAT much? And if you try to tell me that this is a coach that wouldn’t sign a player to be a professional dunker to keep the rest of the guys loose during the dog days of training camp or before a big game against the Cardinals, you are crazy.

I just hope Nate really wants to play in the NFL and isn’t being bullied out of Israel by that shirtless guy on a bike, because he was relentless.

Also, people forget that Nate Robinson dressed in a green Knicks jersey to post as Superman Dwight Howard’s kryptonite during the dunk contest back in the day. I still don’t understand why Dwight agreed to let Nate Robinson scrape his nuts on the top of Dwight’s head. Peak Dwight Howard right there. 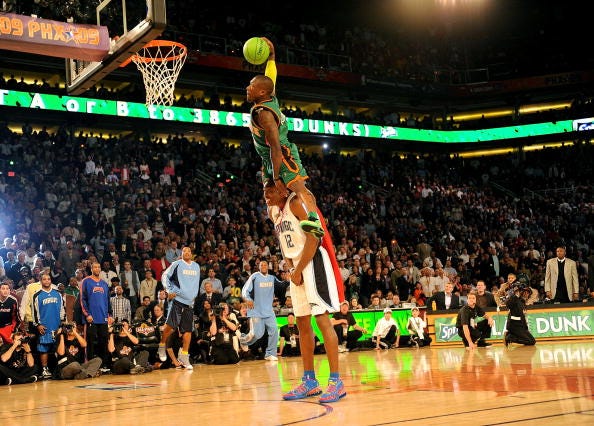