BREAKING: Microsoft to buy LinkedIn for $26.2B in all cash deal https://t.co/cUeAmgISDt

Ummm what? 26.2 BILLION dollars? The website where 200 people have endorsed me for Microsoft Excel and I’ve never opened Microsoft Excel? The one where “[Some Squid] has invited you to connect!” is the only notification you ever get? Look, paying billions for snapchat where you might receive a wrong number nudie or twitter where some hot chick might fav one of your tweets is one thing. That’s understandable. But LinkedIn? That thing’s worth 1,746 Barstools? 4 Haiti GDPs? That is shocking. SHOCKING. I guess tech really does make a difference — LinkedIn’s got fancy apps and premium memberships while we’re setting the line at 1.5 on how many Rundowns we “lose” per week.
LinkedIn encompasses everything that sucks about “professionalism.” It truly wraps into digital form the reality that there are two different you’s. While your Instagram shows you and the boys shotgunning beers for the 4th of July your LinkedIn profile shows a high school senior pic with some sweet hair gel. Your twitter DMs are drunken Saturday night dirty talk while your LinkedIn DMs require a template taken from googling “how to send a proper LinkedIn message.” It’s a joke and it’s stupid but it’s an incredible digital representation of real life. And while LinkedIn being worth this much does seem very stupid, they and Microsoft have clearly realized that the professional you/real you double life isn’t going anywhere soon. It’s here to stay and they’re here to profit off it.
Guess the announcement isn’t hurting things. For about the 15,000th consecutive, it’s a good day to be a tech nerd.

Twitter stock going berserk after LinkedIn deal. Up more than 7% 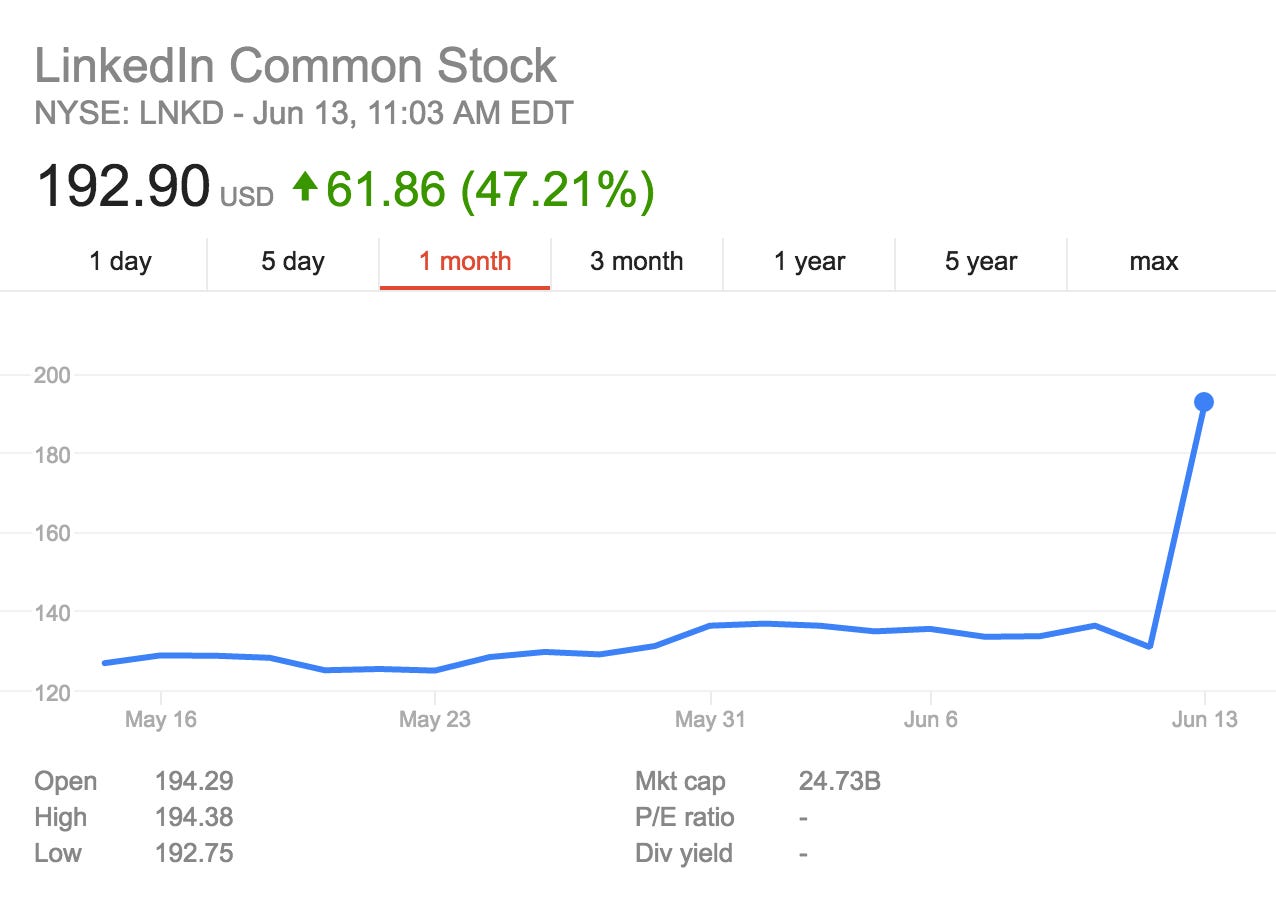