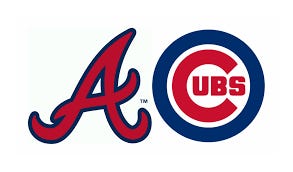 Here’s a look at the weekend series with the Braves. For (very obvious) reasons, I think the Cubs dominate with relative ease. Here’s why along with some other observations heading into the weekend.

Overview - Obviously the Braves stink. There is simply no debating that. The Braves are dead last in the NL East at 17-42 via an overwhelmingly atrocious 6-23 home record while managing just a 2-10 record against the NL Central. And obviously the Cubs are fantastic. They’re 42-17 on the year, 19-9 on the road and 10-2 against the NL East with a 4-0 record against the division leading Washington Nationals. So on it’s face, this should 100% be the cupcake 3 game series we expect and hopefully that means a sweep.

Also, in the event the above somehow fails to make your cherries nice and ripe, I encourage you to consider a slightly deeper dive into team run differential. Specifically, the Cubs’ are averaging 5.4 runs/game while surrendering just 2.8 in return. That 2.6 per-game run differential (5.4 – 2.8) obviously leads MLB and it’s not even close. (Boston ranks 2nd at 1.2 per game.) The Braves, on the other hand, are dead last in baseball with a -1.65 run differential per game (3.1 runs for vs. 4.7 against).  In other words, the best team at winning is playing the best team at losing, and that’s obviously fantastic news. 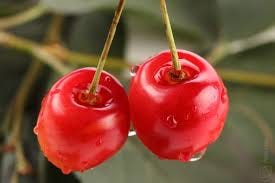 Now these babies are nice and ripe.

I like Hammel to make another quality start in what’s been a remarkably strong first half for the righthander. I said at the beginning of the year that Hammel would come out of the gate on fire given two factors: (1) he was brutal in the 2nd half last year and it absolutely ate him alive that he couldn’t stay healthy and contribute down the stretch, and (2) he’s pitching for his last signficiant contract. Fortunately, that’s exactly what’s happened and it’s combined into one hell of an aggressive 2016 campaign, and that’s when you see JH at his best. He’s attacking the top and bottom of the zone with his fastball and then mixing speeds within the strike zone to get weak contact. He’s consistently worked ahead of hitters, which is obviously aided by the fact that his defense is consistently making plays behind him. 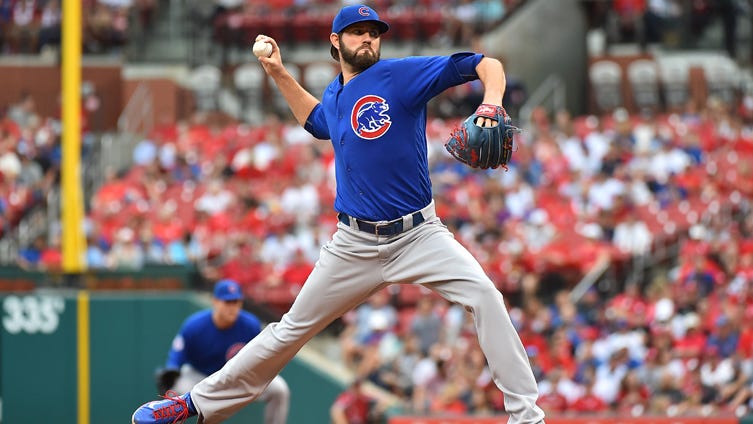 Go ahead. You can hit it to the shortstop now.

Following Hammel, I think Arrieta comes out with textbook efficiency for a dominant performance game 2 following the mind numbing outing he put together against the Diamondbacks on Sunday. It’s strange to think that his stuff was too good last weekend, but that’s pretty much what we saw. The Diamondbacks were limited to extremely defensive swings, but managed to parlay the randomness of baseball into 3 runs from 9 hits on their first 10 batted balls in play – almost all of which were Texas leaguer bloops and dribblers. Total bullshit. And while most MLB pitchers would be thrilled with 12 k’s in 5 innings, I highly anticipate Jake to come out looking to restart another winning streak with the white hot fire of a thousand suns. He’s just a savage competitor, and my instincts tell me his focus will be through the roof on Saturday. That said, I almost feel bad for the Braves knowing that Arrieta will be in bounce-back mode this weekend. Almost. Then I remember their 13 consecutive division titles and honestly it wouldn’t matter if they disbanded the franchise tomorrow. Bunch of ungrateful good old boys if you ask me. 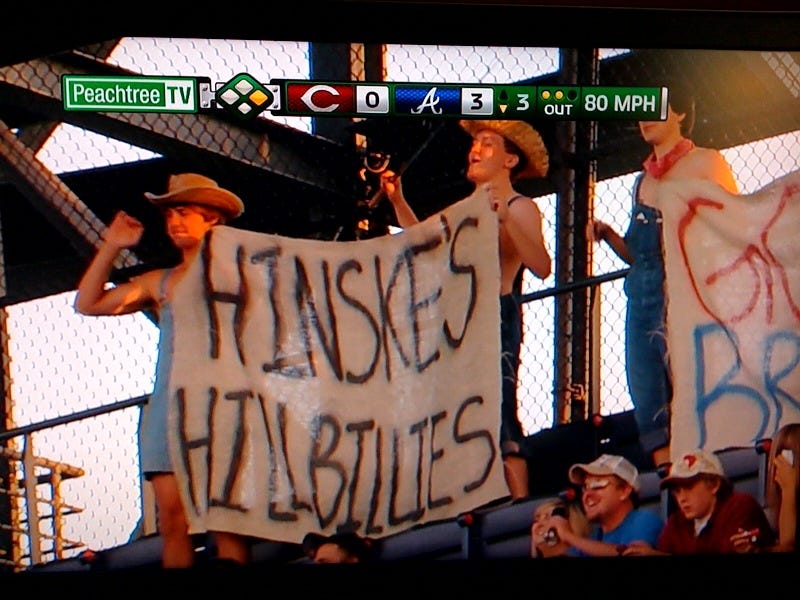 The Montgomery Gentry concert was sold out, allegedly.

Then finally, I expect Lester to do just as well as Arrieta and I say that because you’re starting to see some internal competition between the top arms take place. They’re constantly pushing each other to outperform their last start. I think a huge part of that is the absence of 2015’s burden on Lester to be THE GUY. He’s not the lone dog and pony in this show, so it’s easier for him to go out and do his job. He’s not consumed with the responsibility of being the stud. He knows Arrieta and Lackey and the like are picking up the slack around him. So when he gets the ball now, it’s signficiantly easier for him to just focus on a game at the pitch-to-pitch level. He’s not taking the mound thinking we need this one because we lost the last two and Tyoshi Wada is going tomorrow and we’re 4 games ahead and blah blah blah. Instead, he’s taking the mound thinking if I execute my pitches there’s a 95% chance we win this ball game. He’s able to think that because the team is just so strong around him. Defense up the middle, deep lineup, loads of versatility… just a perfect storm that allows a pitcher like Lester to go out and only worry about himself. When he can do that, consistently, you see his absolute best.

I also want to point out that if you watch the game on Sunday, pay attention to Casey Kelly opposite Lester to really understand what I mean about Lester’s focus from pitch-to-pitch. It’s going to be subtle, but you should be able to pick up on Lester’s comfort vs Kelly. Everything with Jon that doesn’t involved throwing to first base is smooth and controlled. He’s pretty much the senior sales guy in the meeting – he knows exactly what to do, when to do it and how to get results. Conversely, I think there’s a fair chance we see Kelly reaching to do too much early in the game. Any count that starts 0-2 is probably going right to 2-2. A base hit is going to be followed with a 1-0 or 2-1 count to the next hitter. You’re probably not going to see many changeups other when it’s a 100% changeup count. I can go on and on. The point is there will be a striking difference between the guy in grey and the guy in white. Pay close enough attention and you might learn to appreciate Lester’s presence a little bit more. 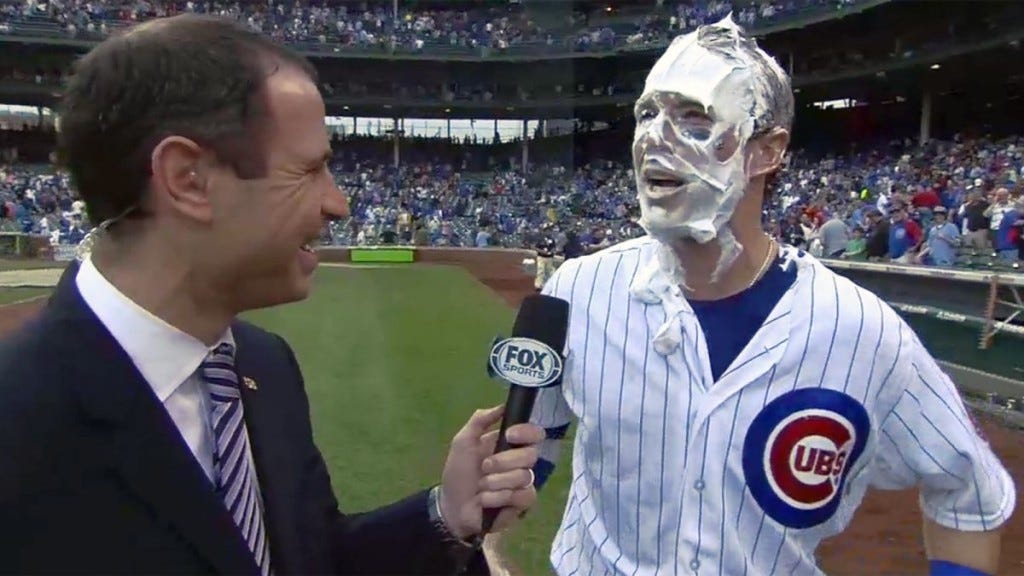 1. Trade for Coghlan - love it because Soler and TLS are banged up with bad hammies, and Coghlan has a track record with this team. Not this organization. I mean this team. Like the guys in the clubhouse from Javier Baez and Matt Szczur all the way to Joe Maddon and Theo. His .149 average means nothing to me right now. All I know is we gave up an overhyped AAAA player in Alcantara with no future in this organization to land Coghlan, and I’m a-okay with that move. That’s why you build depth in the first place. That said, I expect Coghlan to get immediate at bats and playing time with the understanding that his slate is entirely clean for the 2016 season. At his age and experience, the biggest difference maker is often a change of scenery. So bringing him back to the north side could unlock the Coghlan we came to know and love over the last couple years. And remember, if it doesn’t work out, we gave up nothing and still have very, very good young players that will make it up.

2. TLS to the DL - hate it because TLS is one of the best 4th infield bats in the NL and it’s kind of sneaky. His numbers this year have been phenomenal (.291/.378/.491) with a 135 OPS+ and he’s shown the ability to be serviceable enough at second and third. There’s no such thing as too many good left handed hitters, and losing TLS for a bit here is bigger than you think. Fortunately, Baez will get more action but likely in more difficult matchups. Should be a good opportunity for him, but ultimately we need a healthy La Stella with the schedule starting to really pick up this month.

3. Heyward’s warming up in June - That’s not really saying much since it’s only 7 games, but he’s 7-27 with a couple of Yabos this month and quite honestly that’s enough to make me think he could be turning it around literally as I type this. That said, it helps that he gets 3 games in ATL and will get to spend time with and in front of family. That can be a huge pick-me-up, especially when you’ve been as bad as he has to start the year. Few things can compete with the warmth and welcome of a hometown crowd coupled with a few servings of mom’s homemade postgame lasagna. That and I expect a monster ovation from Cubs and Braves fans alike for Heyward. And since the Cubs always always always convert Turner Field into Wrigley Field South, I expect it to be rocking when he gets into the box for his first at-bat. If he lights one up early in the series, then I anticipate heads start rolling as he gets out of this ongoing slump.