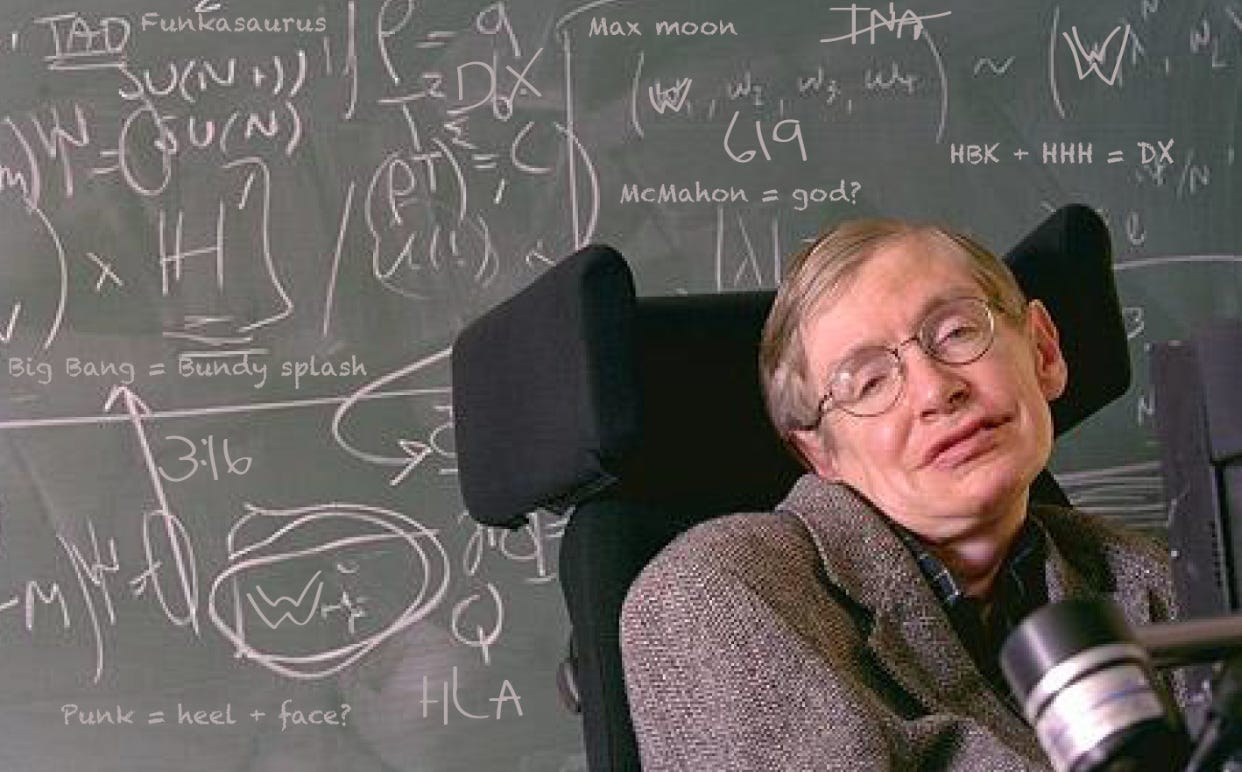 LONDON — He might have widened the world’s knowledge on stars, galaxies and black holes, but when it comes to Donald Trump, even Stephen Hawking fails to understand. During an interview with ITV’s Good Morning Britain, Hawking was asked to explain the popular phenomenon of the property tycoon, who against all odds became the Republican presidential candidate. “I can’t. He’s a demagogue who seems to appeal to the lowest common denominator,” Hawking said. The prominent scientist also again called on British voters to vote to stay in the European Union for economic, security and scientific reasons.

Ha! Nerd! Stephen Hawking thinks he’s got it all figured out. He knows about black holes and multiple dimensions and galaxies and how the universe began. Yet he can’t even explain why Donald Trump is popular. This is absolutely a win for Trump. The best possible position for him to be in is the position where people can’t pin him down. The second somebody pegs him, he’s toast. That’s when his run for president comes to an end. It just hasn’t happened yet. Nobody has been able to do it. Jeb Bush tried and got shoved into a proverbial locker. Ted Cruz tried and joined Jeb in said locker. Trump labels an opponent with a nickname and they disappear like the bodies in season 4 of The Wire. And now Hillary Clinton is trying and it still hasn’t worked. And how could those talking political heads have any chance pinning Trump down when his existence and popularity causes the smartest man on the planet to throw up his hands in defeat? Hawking is simply the next guy Trump is gonna body. Just watch. He’ll probably nickname him Keyboard Hawking and we’ll never hear from him again. Another one bites the dust.