Last week I blogged about Katie Couric and her gun rights documentary, Under The Gun, catching heat for misleading editing. In the doc, Couric asks a question: if there are no background checks for gun purchasers, how do you prevent terrorists or criminals from purchasing guns? The doc shows the question being met by 10 seconds of silence from a table of pro-gun interviewees, but audio of the interview reveals they actually responded immediately.

Like I wrote then, even a few seconds of silence in a politically-charged interview is damning, let alone 10 seconds.

Well, after releasing a statement last week supporting the film’s director and saying she’s “very proud of the film,” Couric changed her tune last night (the Monday night of Memorial Day, interestingly), admitting the editing was misleading, taking responsibility for it, and even revealing that she herself raised concerns over the editing.

CNN Money — Katie Couric says she regrets a “misleading” portion of “Under the Gun,” a new documentary that she produced and narrated.

“I take responsibility for a decision that misrepresented an exchange I had with members of the Virginia Citizens Defense League,” Couric said in a statement on Monday night…

…In a four-paragraph statement on Monday night, she acknowledged that the edit wrongly made the activists “appear to be speechless.”

“When I screened an early version of the film with the director, Stephanie Soechtig, I questioned her and the editor about the pause and was told that a ‘beat’ was added for, as she described it, ‘dramatic effect,’ to give the audience a moment to consider the question,” Couric said.

Couric, on Monday, said that she “went back and reviewed” the interview, and “agree that those eight seconds do not accurately represent their response.”

There’s no professional director or journalist on planet earth that would view that edit and not see how it makes the interviewees look like complete morons stumped by a simple, predictable question. Yet they run it anyway, present the people how they want to present them, then publicly claim they had no clue it made them look bad. The director actually wrote, “I never intended to make anyone look bad and I apologize if anyone felt that way.”

HA! Get out of my face. That’s identical to LeBron claiming he doesn’t even know how to flop. You all know exactly what you’re doing and, when confronted with the facts exposing your bias, you deny it for a few days until eventually you have to cave like Katie and just admit it.

It’s another awful look for journalism and the mainstream media. Brian Stelter, CNN’s senior media correspondent, describes Couric as “one of the best known journalists in the United States.” Between her, Brian Williams’ saga, and even Bill O’Reilly’s sketchy accounts of wartime incidents in South America that surfaced last year, it’s clear we should all be skeptical of the media no matter which side they’re coming from. 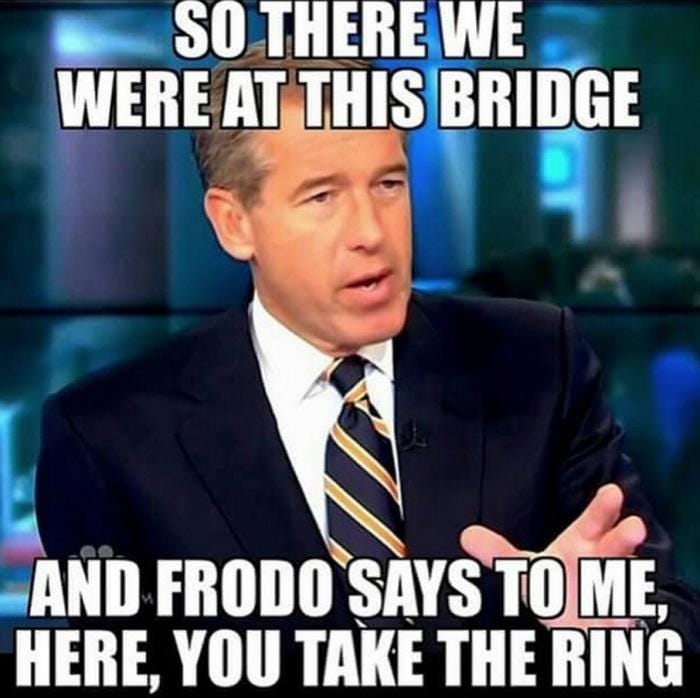