Ray has gone bye bye, Egon, and I as well am terrified beyond the capacity for rational thought. There’s zero chance the comedy genius known as Dan Aykroyd believes what he is saying here. No, this isn’t because they’re slapping slapped some tits on a classic and calling it a franchise. We’ve simply either got a case of straight cash homie being delivered to Aykroyd’s doorstep or he’s being held hostage by a few alien overlords he’s recently become batshit about (seriously). Just look at what we know so far. Do you honestly think this would be better than the obviously mediocre Ghostbusters II, let alone the American classic that was the original?

I’m not saying these biddy’s can’t resurrect Egon from the dead and make it work, but it’s not looking good. It would’ve been a tough task for the original 4 (plus Dana Barrett with that delightful Rick Moranis) to deliver a knockout movie after all these years. Shit, they couldn’t even do it that well in the sequel. Some things are just better to live and let die. Especially Peter Veinkman’s cool 80’s image that would now be textbook sexual predator behavior.

PS = Why couldn’t the black woman be a brilliant professor instead of the uneducated, tough talking subway worker? Classic race baiting, in 2016, no less. At least Winston was treated as an equal. In fact, Ernie Hudson doesn’t get enough credit for his role in the original. Sure, Eddie Murphy was king in 1984, but Ernie held his own as the 4th Ghostbuster. The hiring of Winston wasn’t even a case of Affirmative Action either, he was the best (only) person for the job. Plus he’s the only Ghostbuster/person ever to inceptionally give his older self a dose of ectoplasmic residue. That’s a big twinkee. 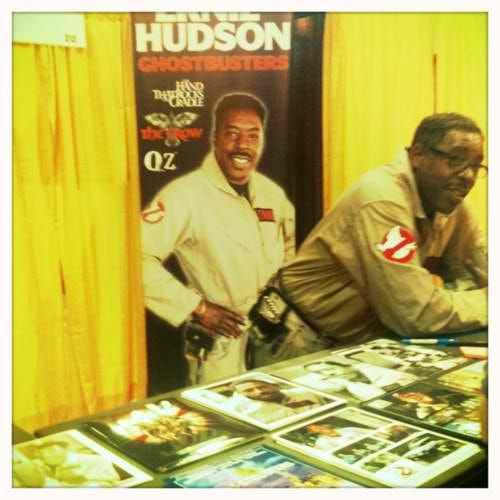