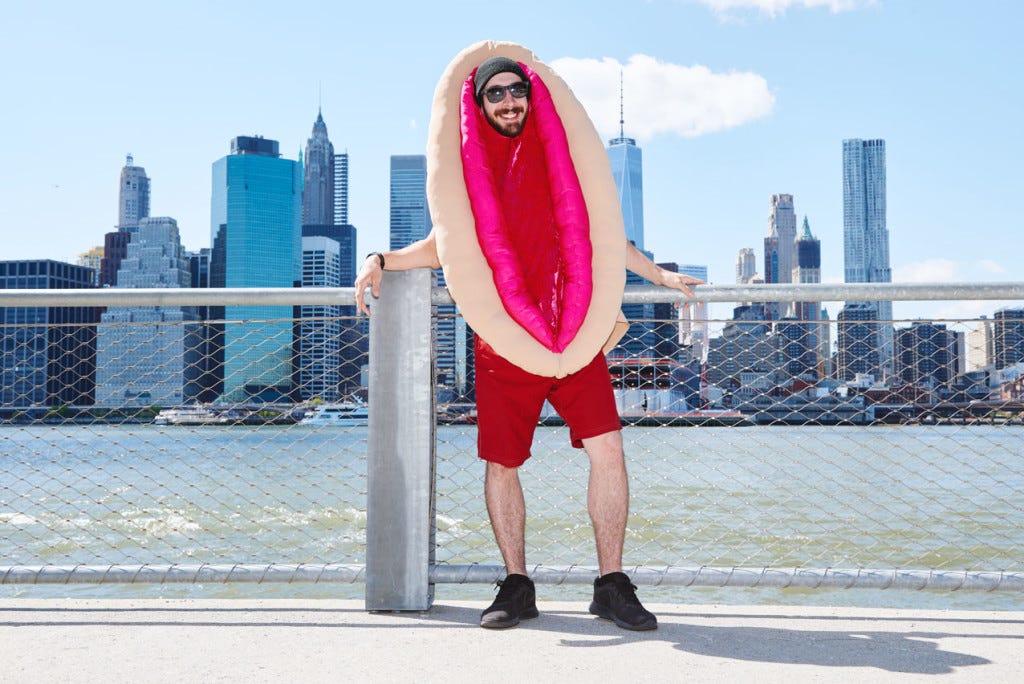 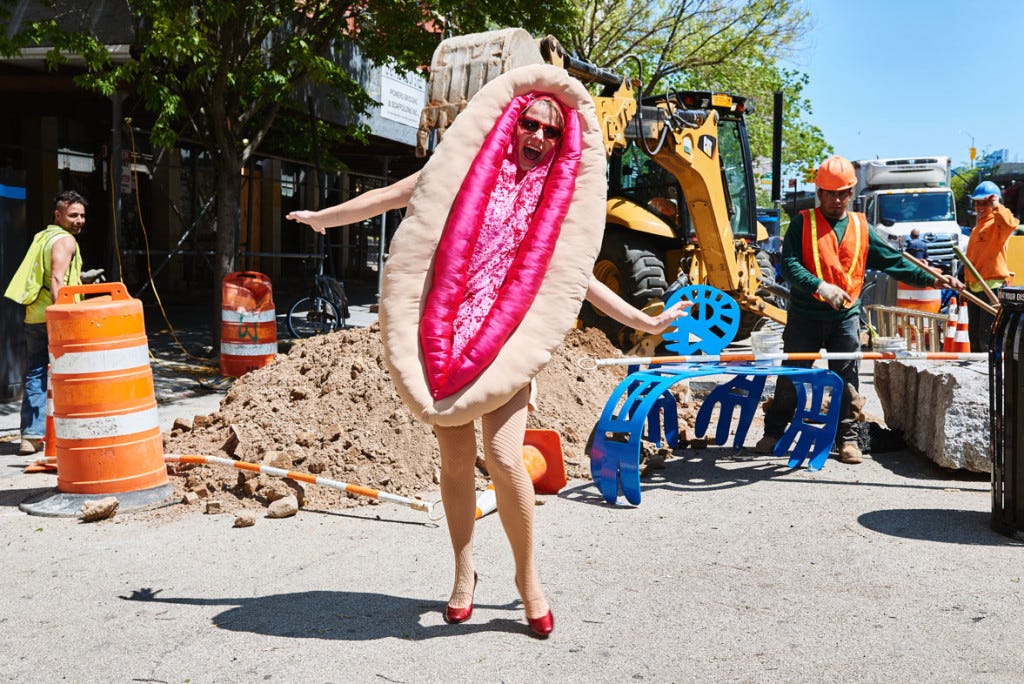 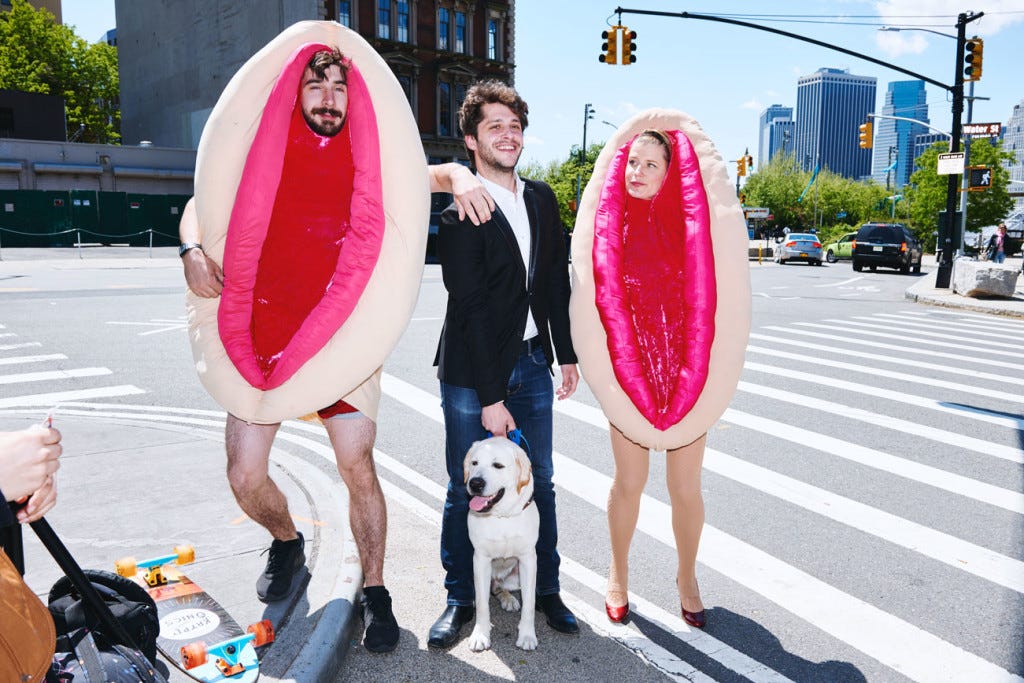 Page Six- A walking vagina has taken to New York’s streets in the name of charity. An anonymous Brooklyn couple have created a vagina costume as part of a campaign, Conceived in Brooklyn, for women’s reproductive rights. “We’ll agree, a vagina costume can provoke an uncomfortable response. Our intent is to draw attention to a topic that many people aren’t aware of,” they explained.

Their mission with charity “50 Cents. Period” is “to empower women and girls in marginalized and vulnerable communities.” The site took its mantra from a Betty White quote: “Why do people say ‘grow some balls?’ Balls are weak and sensitive. If you wanna be tough, grow a vagina. Those things can take a pounding.” The costume retails for $149 and $10 from every sale goes to 50 Cents. Period, which collects and provides tampons and other sanitary products to women and girls without access.

Listen, I am all for women’s reproductive rights. And I am all for a website that uses that hilarious and dirty Betty White quote. And I think a costume that turns someone’s faces into a clit (that’s a clit, right? I’m still not sure how the vagina works) is fantastic. But facts are facts. Vaginas are gross. The word is gross, the organ is gross, and nobody wins if either is being thrown around all willy nilly. This is not a female issue, either. Dicks and balls are gross. The only reason these body parts get any love is because it feels good when we rub them. But to dress people up as a vagina is fucked up and blurs the message. It’s like when PETA pulls the bullshit they pull every few months. I mean I would never go vegan or anything crazy like that. But we can all support the “don’t be a huge dick to animals” message, right? Instead PETA makes it about them and we hate their guts instead of listen to the message. And I am always pro union. Fuck “The Man”. Team labor for life. But walking around the city sucks enough smelling garbage everywhere and seeing real rats running around. I don’t need to see some herpes-infested rat rubbing his junk in my face. 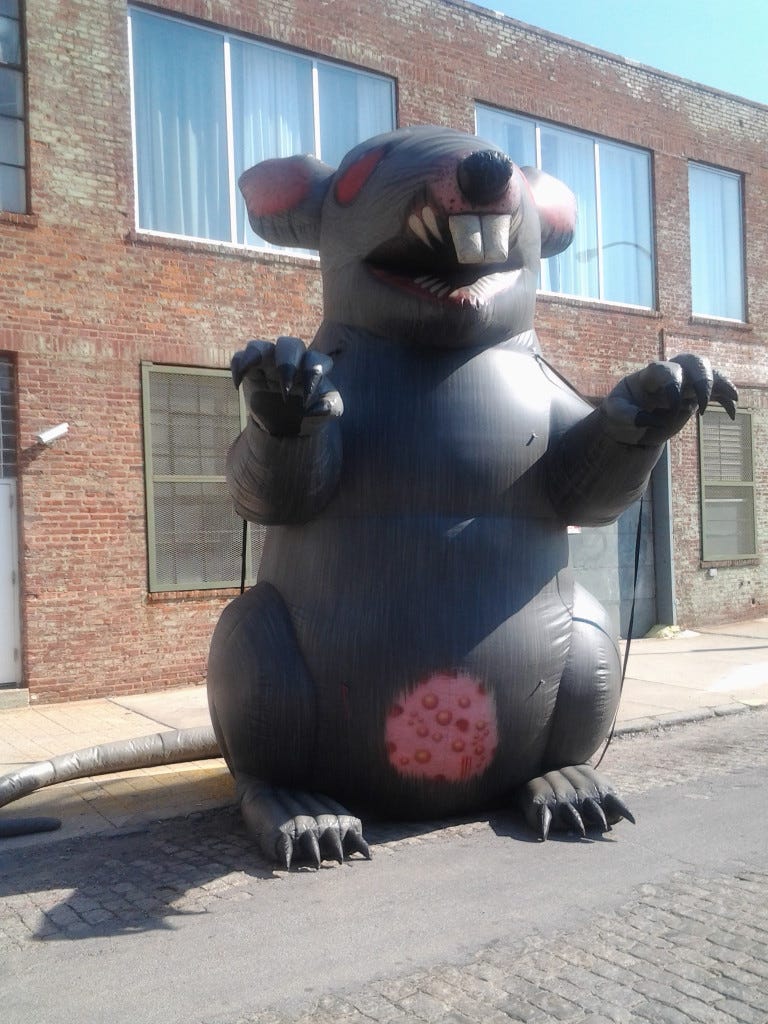 Same thing goes dressing your people up as pussies to spread awareness about women’s reproduction issues. It’s not the message I hate, just the messenger. I guess the fact that this movement started in Brooklyn makes me hate it more as well. Any movement that starts in Brooklyn instantly makes it at least 35% less likable to the rest of the city.