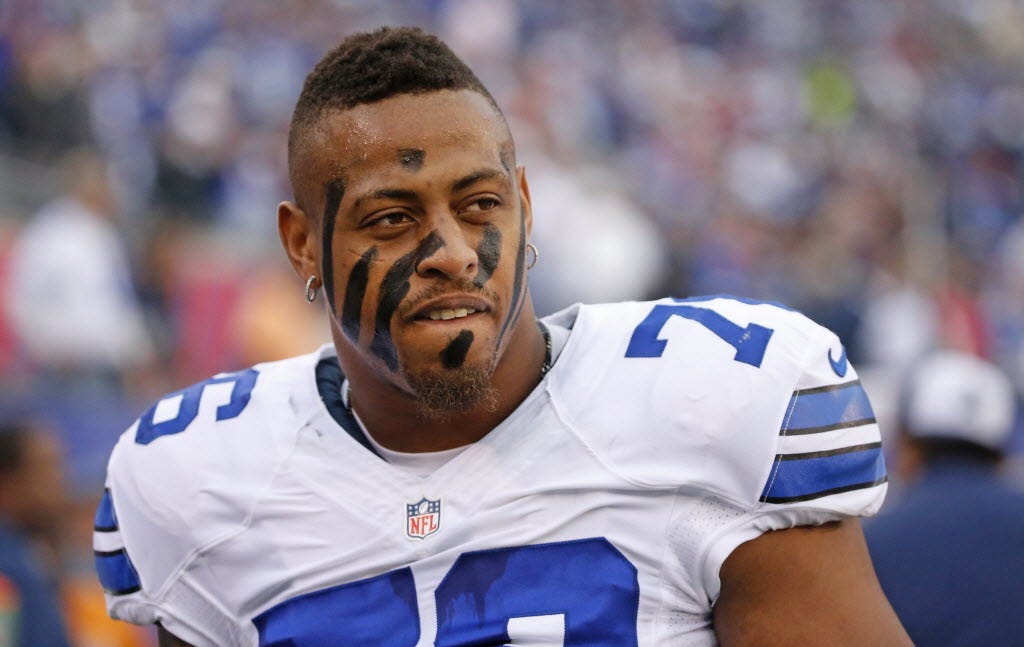 Per a source with knowledge of the situation, Hardy’s agent, Drew Rosenhaus, has sent to all teams detailed information regarding the activities in which Hardy has been engaged in order to identify and cure any and all disorders that may have contributed to past misbehavior, on and/or off the field.

Hardy has been evaluated and treated by multiple NFL physicians, with Dr. Heidi Bruty recently documenting the various steps and stages of individual and group counseling, along with other methods. Topics included his anger management, temper management, domestic violence, and evaluation for ADHD. Hardy also is learning more about impulsive decision making, and he is being assessed for personality, mood, learning, and speech disorders.

Massive shout out to Greg Hardy for putting himself out there and getting treatment for excessive anger, his volitile temper, and domestic abuse just in case he ever happens to develop a problem with any of these things somewhere down the road. Let this be a lesson to everyone out there- take a page out of Hardy’s playbook and nip these things in the bud before they become a issue for you legally or professonally.

And just in case you doubted that Rosenhaus still had his fastball, here he goes knocking it out of the park in the PR department. Step 1: Arrange a interview with Adam Schefter where your client denies responsiblity for any domestic violence incidents and violent outbursts of anger. Step 2: Send out packets to every NFL team detailing how much treatment he’s been getting for all of his domestic violence and anger problems even though he’s innocent of having them. Total preemptive measure. Step 3: Casually drop a little ADHD mention in there to as an excuse inside of a no-excuse. Did he toss his girlfriend onto a futon filled with assault rifles because he’s a psychopath, or was it because he couldn’t concentrate on not being a psychopath? Its impossible to say.