Daily Star – A Twitch streamer who goes by the name Kaitwan13 was caught in all sorts of bother when she accidentally flashed her boobs during a live stream, much to the anger of her fellow streamers and the shows host Genietfan.

The girl at the center of the bare cheasted display has reportedly apologised for her behaviour.

Genietfan, whose real name is Vincent Naeri [faces] a 30 day ban on his channel as punishment for the indecent exposure.

Writing on Twitter to some angry commenters, the Austin-based gamer said: “We all make mistakes, don’t act like your better than someone else”.

In response, Genietfan accepted her apology but has also said they can no longer be friends.

And here’s the NSFW version, obviously just so you can get the full idea of what we’re dealing with here (I for one am shocked that an attractive Russian-looking girl is perfectly at ease with her tits being out there on webcam, you really don’t see a lot of that online). When I first covered that livestreaming girl whose “accidental” vagina flash got her banned from Twitch, I didn’t realize I was getting in on the ground floor of a real rising tide of problems with how nudity is dealt with in video game livestreaming. And while I’m certainly not mad at the titties involved, what’s most interesting in the video is that dude’s immediate spastic response to her dumping em out. Whether this Kaitwan13 girl did it intentionally or not, this is the culture the Twitch gestapo is building here with how rigidly they’re treating something as innocent as a chick’s nipple. There is no world a dude who looks like this: 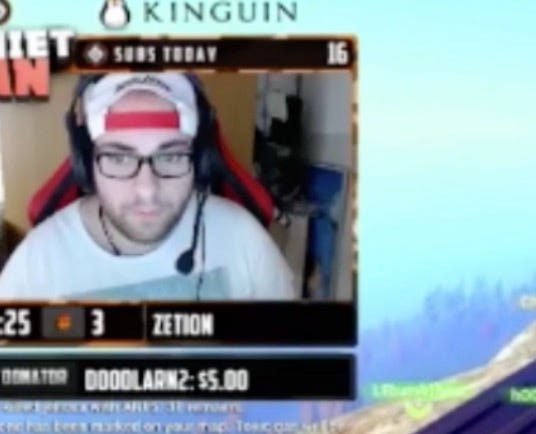 ..should have a horrified reaction to a chick who looks like this: 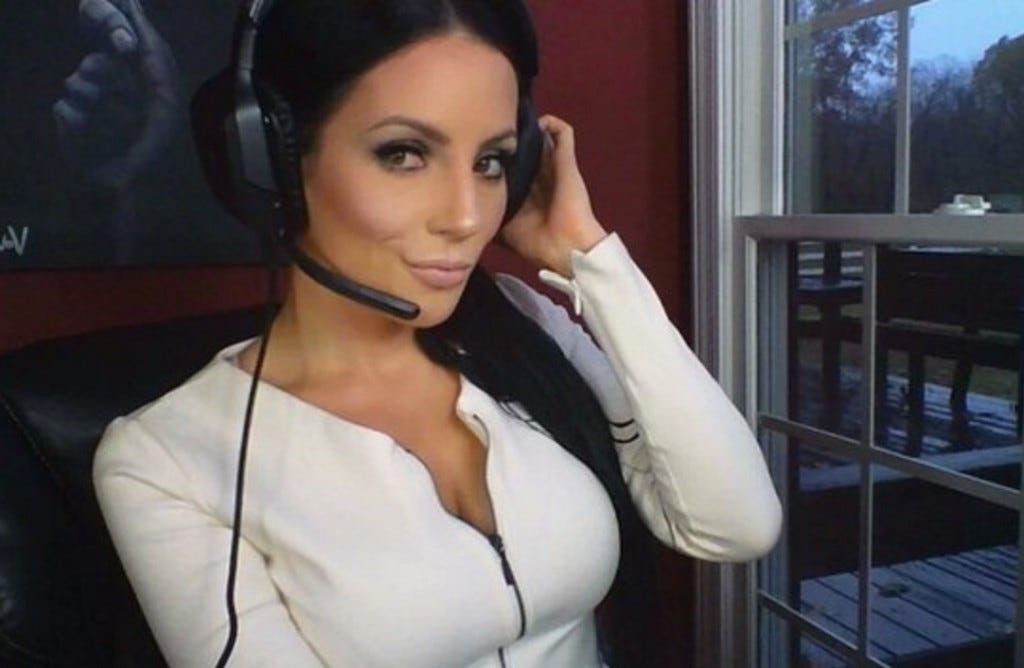 …somehow letting him see her tits. That shouldn’t be a moment of stress or anger, that should be a moment where he looks up to the skies and goes “Thank you any and all gods above, I am grateful for this bounty before me.” Twitch is bending the very fibers of the human existence by not at least being a little less rigid about it all. Sure maybe some people would abuse the policies and put t&a above the precious art that is watching another human play a video game but that can happen in any facet of life. However the more we let normal furiously masturbating men not embrace their nature and force them to treat women like they’re in Saudi Arabia showing off their whorish ankles, the more the very fabric of society is torn apart. I’m not okay with that, Twitch. Are you?

Also I’ve now done a couple Twitch sessions after my first blog on this and am practically a pro at this point, I’m gonna go live at 830 Eastern tonight so follow me on there or Twitter to see when I go live. It’s actually been more fun than I thought it would be, sort of like a live AMA/Q&A thing, besides an ex-girlfriend watching the last one and getting mad at me for something I revealed. But that’s just video game livestreamer life, tits and ex drama. Who knew.