In case you’re unaware, the 2016 IIHF World Championships are going on right now. It’s the least memorable tournament year after year but yes, it’s currently going on right now. And a few days ago, the Fins beat the Germans 5-1. But not before Germany’s Korbinian Holzer visciously snatched Finland’s Antti Pihlstrom’s man-card away from him. I mean, just look at this face. 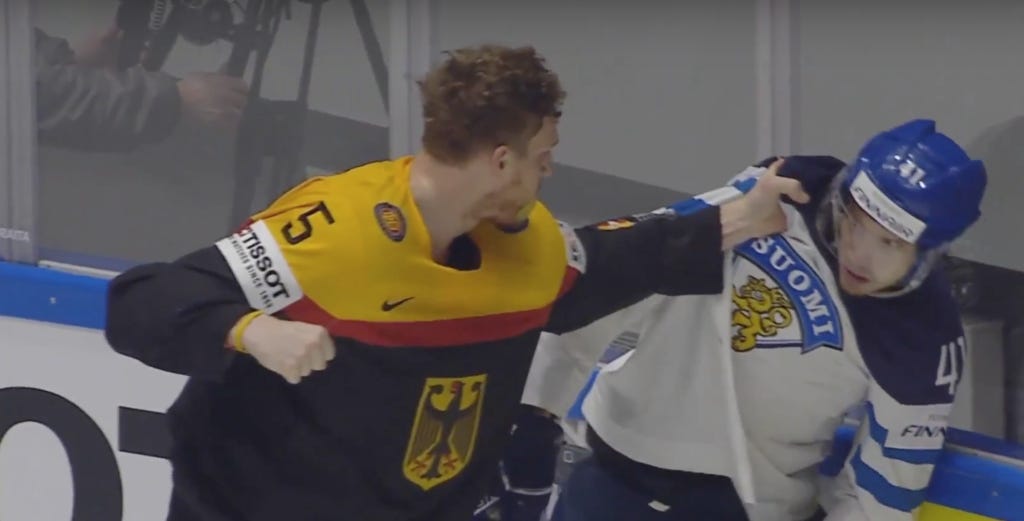 That’s the face of a man who is fearing for his life. A funny enough moment on its own but then we fast forward a couple of days to give Don Cherry ample amount of time to concoct a take on it. And just as always, Grapes didn’t disappoint.

And this, my friends, is why you have to love Don Cherry. He’s your grandpa at every family dinner. He’s too old to change the way he thinks and the way he speaks. Which means he just has free reign to say whatever the hell he’s feeling at that moment and not worried about offending anybody. Doesn’t matter if it’s live on the air or in a long-form rant on Twitter. The man just says whatever is on his mind. And technically he’s not wrong either. Personally, I would have like Grapes to give a little shoutout to America for ending WWI and WWII because you know damn well that Canada didn’t have anything to do with that. But he’s not wrong. You wanna start going ahead and killing all the Jews and working toward world domination? Well good luck with that, pussies. Because there’s this little place called the US of Mother Fucking A that’s going to come stomp a boot in your ass. Don Cherry just out there keeping it real since the beginning of time.

While we’re on the topic of Hockey Night In Canada, the Punjabi call of last night’s overtime call was fantastic.

I still think the Punjabi call on the first Bonino goal of this series was a little better but I still stand by my claim that the Punjabi broadcast is the GOAT.