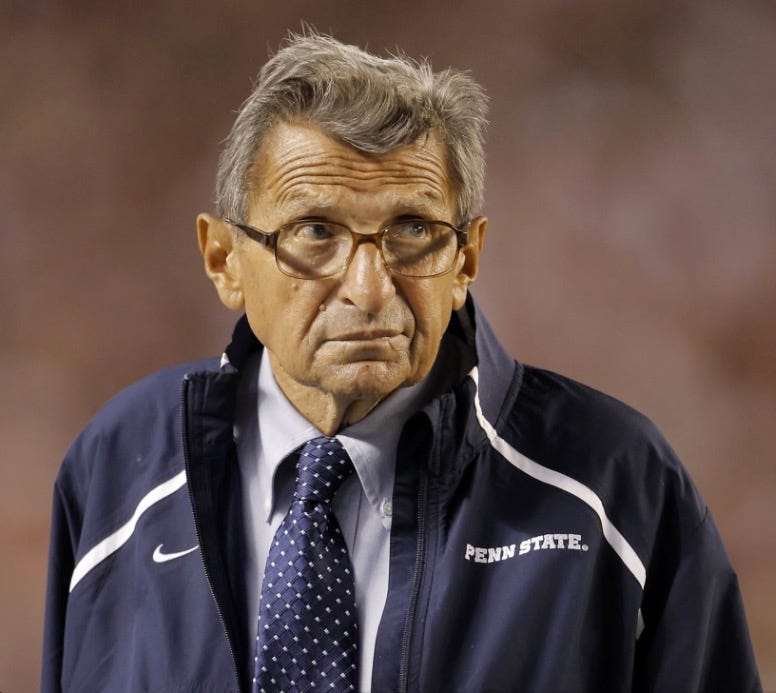 (CNN)After four years of feuding over the legacy of Joe Paterno, with a few vague details about what he may have known about allegations of sexual abuse by one of his coaches, it is becoming clear there may be much more.

There are now two allegations by men who say they were sexually abused by Jerry Sandusky, who also say they reported their abuse to the legendary coach in the 1970s.

One of those allegations was made public in a court order related to a lawsuit Penn State University filed against its former insurer over who should have to pay settlements to the more than 30 men who have come forward as victims of Sandusky. The victim was not identified, and the details come from a deposition that is sealed.

The other has spoken to CNN, in great detail, explaining how he was a troubled young kid in 1971 when he was raped in a Penn State bathroom by Jerry Sandusky. Then, he says, his complaint about it was ignored by Paterno.

For this story, we’ll call him Victim A — in keeping with the way that authorities have labeled the Sandusky accusers.

“I’d be willing to sit on a witness stand and confront Joe Paterno,” he told CNN last year. “Unfortunately he died and I didn’t get to.”

Think we all saw this coming after the big initial report about Joe Paterno last Thursday night. The floodgates are open. Basically everyone with a job in the media started going over every document they could get their hands on looking for little nuggets of gold.

CNN went with this one:

Like for Victim A, a 60-year-old State College native and Sandusky’s oldest known victim.

He has never before spoken publicly about the abuse, or what happened afterward, but he did confide in a friend in the 1970s, and that friend has also verified his story to CNN.

In addition, a Pennsylvania State Trooper, a longtime friend of this man, also confirmed to CNN that days after Sandusky’s initial arrest in November 2011, he told the trooper his story.

Around that same time, this alleged victim hired a lawyer who alerted the state Attorney General’s Office and also Penn State University to his existence. Neither investigative body ever interviewed the man, since he fell outside the statute of limitations for both criminal and civil cases.

…Victim A says he was hitchhiking when Sandusky picked him up, bought him beer, gave him pot — and then attacked him as he was standing at a urinal in a Penn State bathroom.

“I felt his presence behind me,” he said. “I felt his left knee on the back of my knee, and his arms went around me, grabbing my …” he trails off. “He said, ‘Let me help you with this.'”

Victim A said he jerked his head back, hitting Sandusky in the jaw. His head started bleeding and they both fell to the floor.
“Then there was a wrestling session,” he says. “And I lost. One thing led to another and the crime happened.”

Revolting, obviously. But we didn’t need any more examples of Sandusky being a piece of shit.

The interesting part comes when he says Paterno and another man called him personally about the incident:

“I tell them what happened — well, I couldn’t get it out of me that I was — I can’t even tell it to this day. It’s just degrading — that I was raped,” he said.

“I told the story up to a certain point. I told them that he grabbed me and that I got the hell out of there.”

He insisted that he “made it very clear” it was a sexual attack.

“They were asking me my motive, why I would say this about someone who has done so many good things.”

They accused him of making it up. “’Stop this right now! We’ll call the authorities,’” he said they told him.

Victim A says he couldn’t think. “I just wanted to get off the phone.”

This CNN report was the straw that broke the camel’s back for Penn State president Eric Barron, who went all-in with a school-wide email and open letter on the school’s official website. 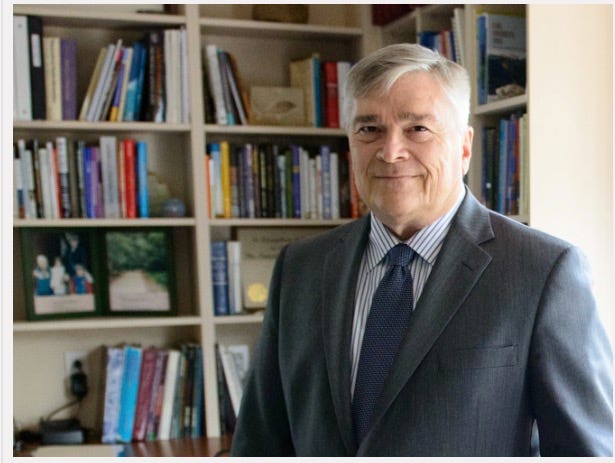 The president of Penn State said on Sunday he was appalled by the media coverage surrounding allegations the university’s late head football coach Joe Paterno knew about child sex abuse by his assistant coach as far back as the mid-1970s.

The new allegations involve alleged incidents that are years older.

“I am appalled by the rumor, innuendo and rush to judgment that have accompanied the media stories surrounding these allegations,” Eric Barron, president of Pennsylvania State University, said in an open letter on the school’s website.

None of the fresh allegations, which threaten to reopen a scandal that rocked the school’s vaunted football program and college sports in general, have been substantiated in a court of law and they are unsupported by any evidence, Barron said. [Reuters]

Knowing the hardcore Penn State people like I do my obvious first reaction to this “open letter” was oh great, here we go again with the truthers and deniers and apologists. But being completely honest, Barron does have a little bit of a point here. 1, it’s CNN, a garbage pit of reporting. 2, they had this interview for over a year and didn’t feel it was strong enough to publish at any time…all of a sudden those outrage floodgates are open and they throw it out there. So yeah, fuck Paterno and double-fuck Sandusky, but there’s plenty of solid evidence backing that up without just automatically accepting everything CNN throws on the outrage bonfire to stir everything up again.