It came in the form of a single line in a court order on a related insurance coverage case involving Penn State, and its full ramifications can’t immediately be gauged.

But that line was eye-popping in itself.

The line in question states that one of Penn State’s insurers has claimed “in 1976, a child allegedly reported to PSU’s Head Coach Joseph Paterno that he (the child) was sexually molested by Sandusky.”

The order also cites separate references in 1987 and 1988 in which unnamed assistant coaches witnessed inappropriate contact between Sandusky and unidentified children, and a 1988 case that was supposedly referred to Penn State’s athletic director at the time.

Poor Joe Pa can’t even die to get away from the heat. Personally I thought we were done with all this madness years ago, but here we are, with some explosive new allegations dug up in court reports by PennLive. That a child victim of Sandusky reported abuse directly to Paterno in 1976 and it was ignored.

In the interest of fairness here is the side of the Paterno family, from their lawyer Wick Sollers:

“Through all of this review there has never been any evidence of inappropriate conduct by Coach Paterno. To the contrary, the evidence clearly shows he shared information with his superiors as appropriate.

“An allegation now about an alleged event 40 years ago, as represented by a single line in a court document regarding an insurance issue, with no corroborating evidence, does not change the facts. Joe Paterno did not, at any time, cover up conduct by Jerry Sandusky.”

And I’m sure there is much, much more to come from the apologists cough cough Jay Paterno cough. There’s no doubt at all that Penn State is the most tight knit, hardcore fan base in the country and there is literally nothing that could ever come out to make them turn on Paterno. But for everyone else it’s getting real tough to believe he was just completely in the dark about everything going on with one of his top assistant coaches. Not when you consider Penn State’s own hired investigator found that Joe Pa was “aware” of allegations in 1998 and that President Spanier (among others) failed to act on complaints starting in 2001. Also not when you use common sense about a guy that ran the football program and basically the entire school for 100 years. 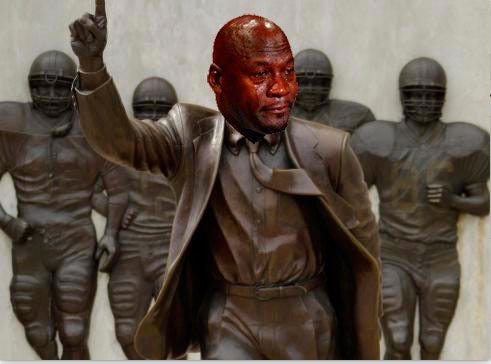 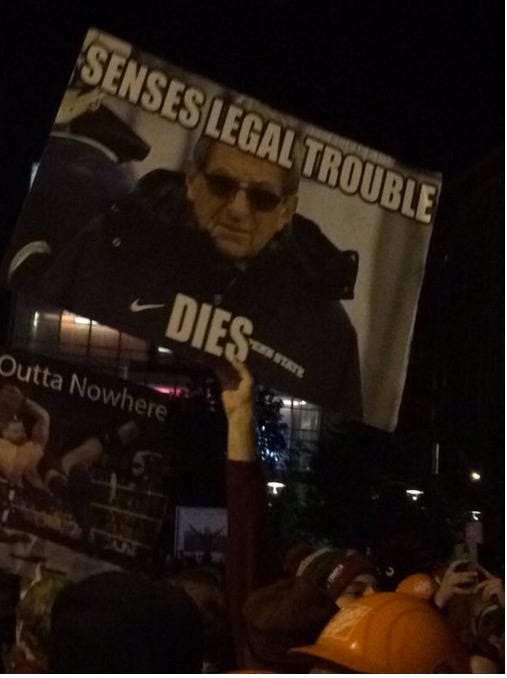