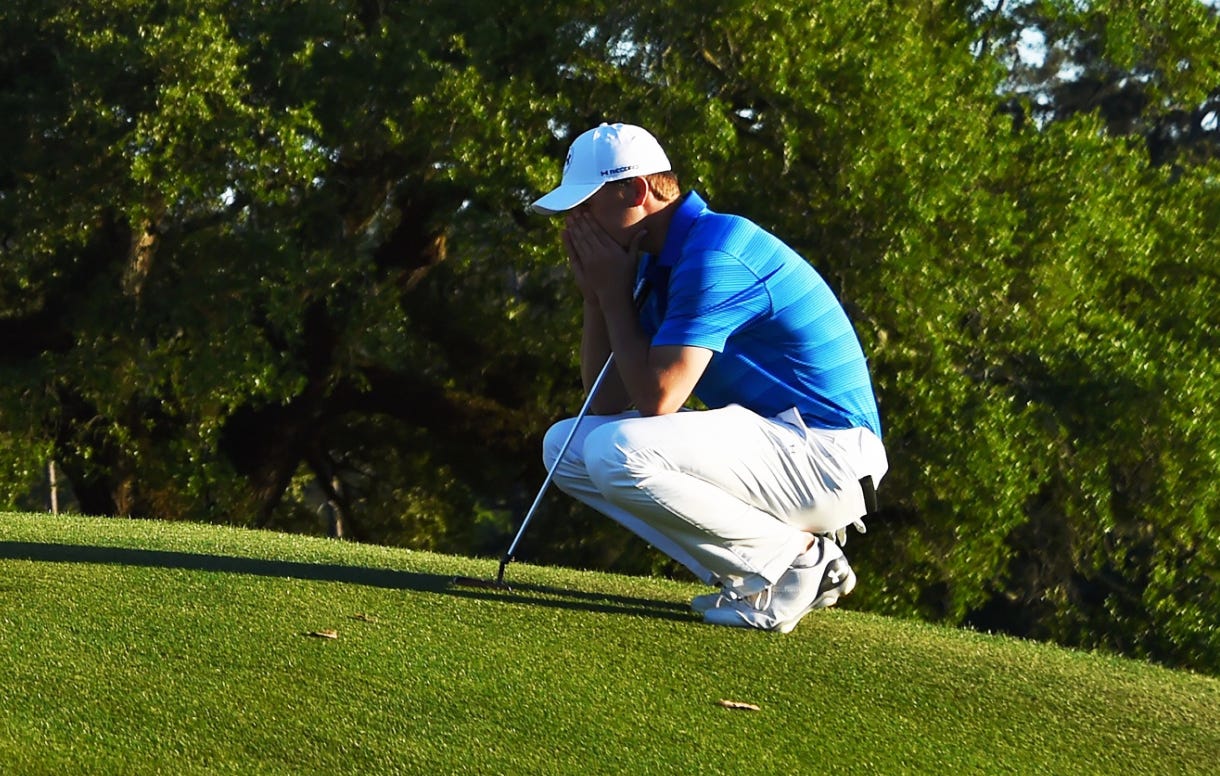 USA Today- Jordan Spieth is just fine. No, really, he is. Seriously, he’s A-OK. Just ask him. “I’m not taking it very hard,” Spieth told reporters Tuesday near Pittsburgh when asked about his collapse on the back nine in the Masters that derailed his chance to win back-to-back green jackets at Augusta National. “I have ladies at grocery stores coming up and putting their hand on me and going, ‘I’m really praying for you. How are you doing?’ And I’m like, ‘My dog didn’t die, I’m doing OK.’ I’ll survive; it happens. It was unfortunate timing. “Actually I laugh about it now. I really do. But it keeps coming up, and I understand that.” In April, no one could understand how Spieth let a five-shot lead at the turn in Sunday’s final round slip through his hands. But after making back-to-back bogeys to start his inward 9, he hit back-to-back shots into Rae’s Creek on the par-3 12th and made a quadruple-bogey 7 to fall behind eventual winner Danny Willett. Try as he might — Spieth made birdies at 13 and 15 — he couldn’t make up for the disaster on the 12th hole.

I believe him. I believe him for a million reasons and so should you. The reasons are literally endless. He’s 22. He’s already got two majors. He’s already got a green jacket. He’s already got more money than he’ll ever need. He got to go on #SB2K16. He’s got so much money that his hairline doesn’t matter, etc etc. The list goes on and on and on. Those are the reasons he’s already laughing about his 2016 Masters disaster. Jordan Spieth is gonna be alright. And who knows, maybe that collapse on the 12th hole at Augusta will be good for him. I’m not the first person to say that but it could be true. How he bounces back will ultimately determine the type of player he is and something tells me hell bounce back in a big way. He’s 22! He also just so happens to be the best golfer on the planet so that helps. But the fact of the matter is that Jordan could retire right now and it’d be a great career. Things could be a lot worse.

PS- You know how we know Jordan is a good guy? Because he used his dog potentially dying as his worst case scenario in life. Not this Mom dying. Not hid Dad dying. His dog. And he’s right. Everything is all about perspective. Sure he lost out on winning the most important tournament in golf for the second time but did his dog die? No? Then every day is still a gift. Bless up.