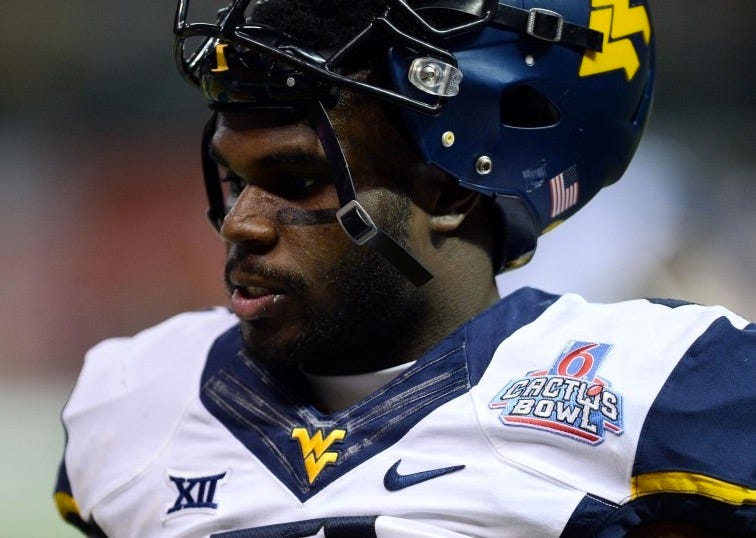 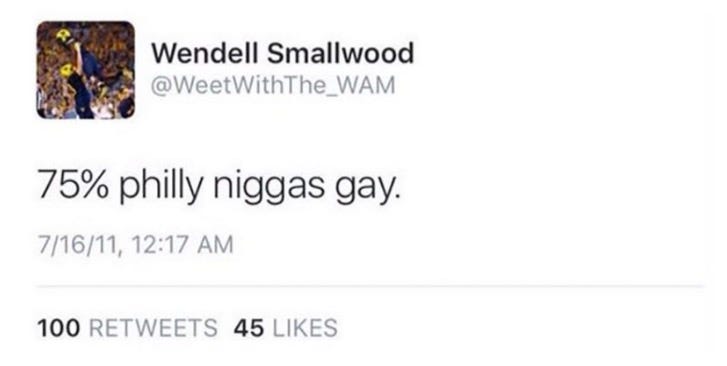 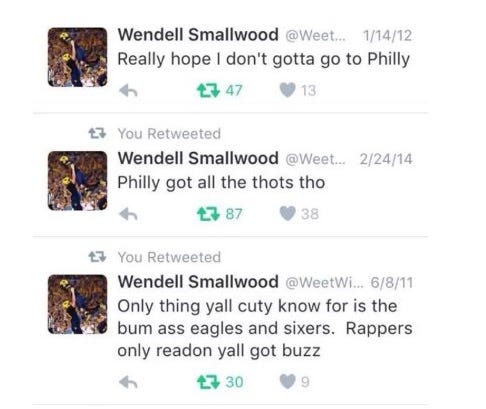 Social media – it’s the gift that keeps on giving, or if you’re an NFL Draft pick, the thing that keeps on fucking you right in the face. Just haven’t fully caught up on the full effects of our Twitter fingers. Like I’m pretty sure everybody has learned at this point to not tweet anything bad in the moment. But going through your profile for the past 4, 5, 6 years to make sure there’s nothing incriminating about teams you may be drafted by? Not there yet. 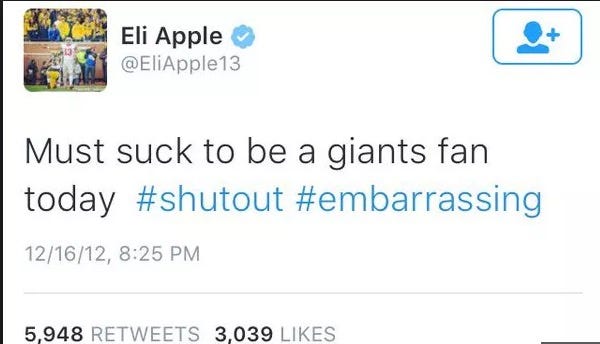 Smallwood was arrested at West Virginia University, where he was training for his sophomore season at running back, and was extradited back home to Wilmington, Del. He was charged with trying to get a witness in a murder case to recant her statement implicating Smallwood’s friend, a man named Zakee Lloyd, who was accused of killing 51-year-old Manuel Oliveras in an apparent robbery attempt in 2012.

It turned out authorities had Smallwood on tape speaking with Lloyd over the phone, Lloyd urging Smallwood to speak with the woman, Smallwood telling Lloyd: “I almost got her beat up.”

Smallwood was arrested on July 14. On July 29, Lloyd entered a guilty plea – he’s now serving 22 years – and the prosecutor dropped the charge against Smallwood. [Philly]