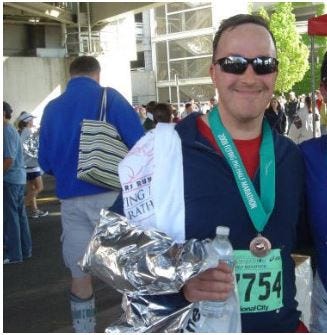 Runnersworld – With its 119-year history and tough qualifying standards, the Boston Marathon has become one of America’s most prized race experiences, and gaining entry is more difficult every year. Facing these challenging standards, some skirt the rules to snag a coveted bib.  Derek Murphy, a 45-year-old business analyst in Cincinnati started a blog about race cheating, and last summer with three colleagues began pursuing their ambitious project to figure out how many people got into Boston by breaking race rules. Their first step was to cull the entire list of finishers into a smaller group of likely suspects.

Murphy and his team then began methodically examining available information about each of those runners. First they searched Boston Marathon results to confirm the runner’s time in 2015, and to see if he or she had run the race in previous years. They then looked at MarathonFoto.com to view the runner’s photos from the race. From there, they scouted race-results aggregation websites like Athlinks and MarathonGuide.com. Those led them to more races and more photos.

After seven months, Murphy is deft at spotting suspicious results. When his wife and two children are asleep, he turns on ESPN, settles into his recliner, and opens his laptop. On the screen, he scans a spreadsheet with the data of the participants his algorithm flagged.“This is the rare time that I get to myself,” Murphy said. “This is when I unwind.”

The Marathon bombings really set my marathon jokes back decades. Now I’m not saying I was a victim, but the facts are making fun of dickhead marathoners was one of my passions in life and after the tragedy I couldn’t do it anymore.  Well I finally think enough time has passed that I can get back on the horse and ride again. And honestly not a second too soon because this is the most preposterous article I’ve ever read.

Listen it’s bad enough that people actually cheat to just get a freaking bib, but how about the douchebag who has made it his life mission to catch the people cheating? The guy who spends his nights pouring over stats of amateur marathoners trying to catch them in the act? I mean look at this paragraph;

After seven months, Murphy is deft at spotting suspicious results. When his wife and two children are asleep, he turns on ESPN, settles into his recliner, and opens his laptop. On the screen, he scans a spreadsheet with the data of the participants his algorithm flagged.“This is the rare time that I get to myself,” Murphy said. “This is when I unwind.”

Congrats everybody! We found the biggest LOSER in the history of civilization. I actually hate this guy more than the people trying to cheat.

Bottomline is only Kenyans and people raising money for charity need numbers in the first place. If you’re just out there trying to beat your personal best why do you need a bib? Just set your stopwatch and run. Nobody cares about your time or the fact you ran the Boston Marathon except you anyway. So why does it matter? There should be literally no difference between running with a bib and running without it. It just shows what egomaniacs these people are where they feel the need to be recognized for choosing to pursue their hobby. The only people who care about bibs are asshole marathoners and the dorks who try to catch them cheating. Both groups need to get over themselves.