Daily Mail – Bill Walton is opening up about being fired from ESPN in a new interview. The legendary basketball player, who began working as a commentator shortly after retiring from the NBA in 1990, says that being let out of his contract early by the network in 2009 was so difficult he began to contemplate taking his own life. ‘When I was lying on that floor – and I had nothing – I was going to kill myself if I had a gun,’ Walton said in an interview with Sports Illustrated.  Walton writes at the start of his new memoir, Back From the Dead; ‘I can’t do this anymore. It’s just too hard. It hurts too much. Why should I continue? What’s the point in going on? ‘I have been down so long now, I have no idea which way anywhere is anymore. There’s no reason to believe tomorrow is going to be any better. ‘If I had a gun I would use it.’  At the time Walton was let go by ESPN he was suffering from back problems, which began decades earlier while he was playing college basketball at UCLA and plagued him throughout his life.  He eventually underwent major surgery, and returned to the broadcast booth a year later as a part-time commentator for the Sacramento Kings. Then, in 2012, he rejoined the team at ESPN.

Let me just say this: If Bill Walton kills himself, then we all need to kill ourselves. I know he has back problems. I know how bad that can be. There are definitely times I want to just kill myself. But thats because my back hurts and I’m not fucking Bill Walton. I mean Bill Walton has a job where he just watches basketball and talks about literally anything he wants. Apparently zero repercussions from ESPN this second time around as he babbles about whatever enters his brain at that moment. He spends his days broadcasting games in California and Hawaii, high off the ganj, listening to Grateful Dead on repeat. I mean check out this dude’s resume: 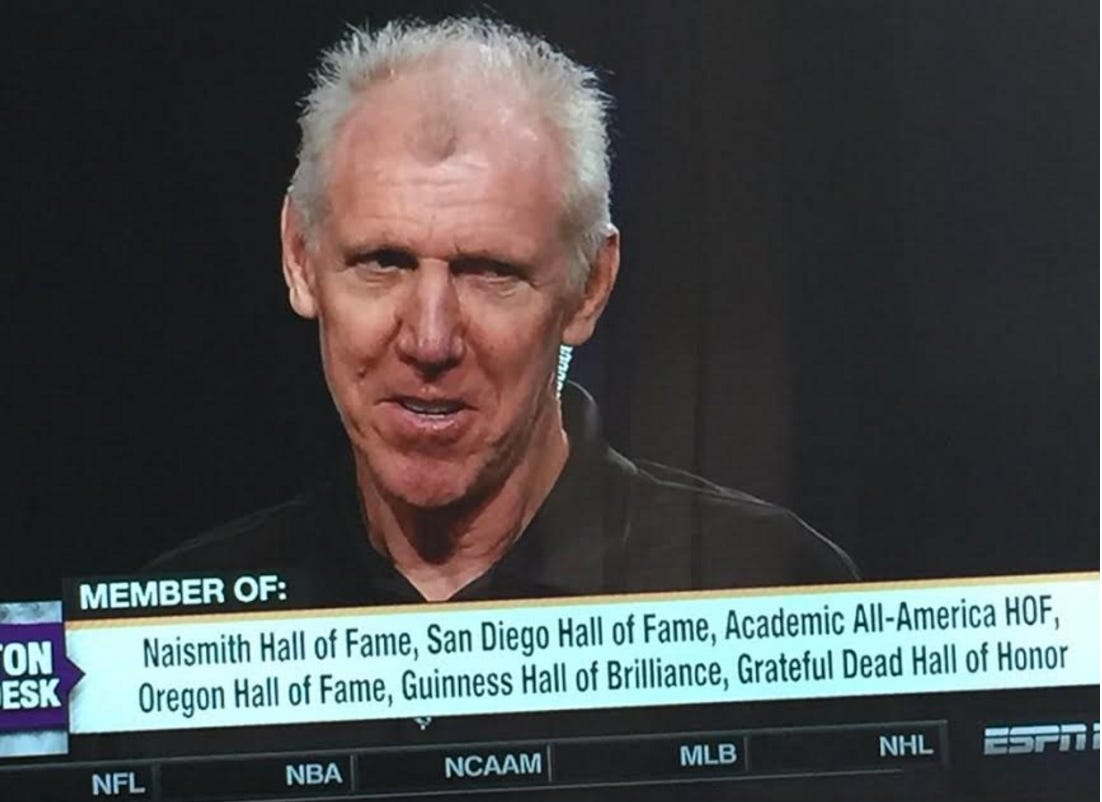 How does a dude in the Guinness Hall of Brilliance want to kill himself? How does a San Diego Hall of Famer want to end it all? Like I said man, if Bill Walton doesnt want to live his life, then like 98% of the population should kill themselves too. The rest of the population are living a goddam nightmare compared to Bill Walton.