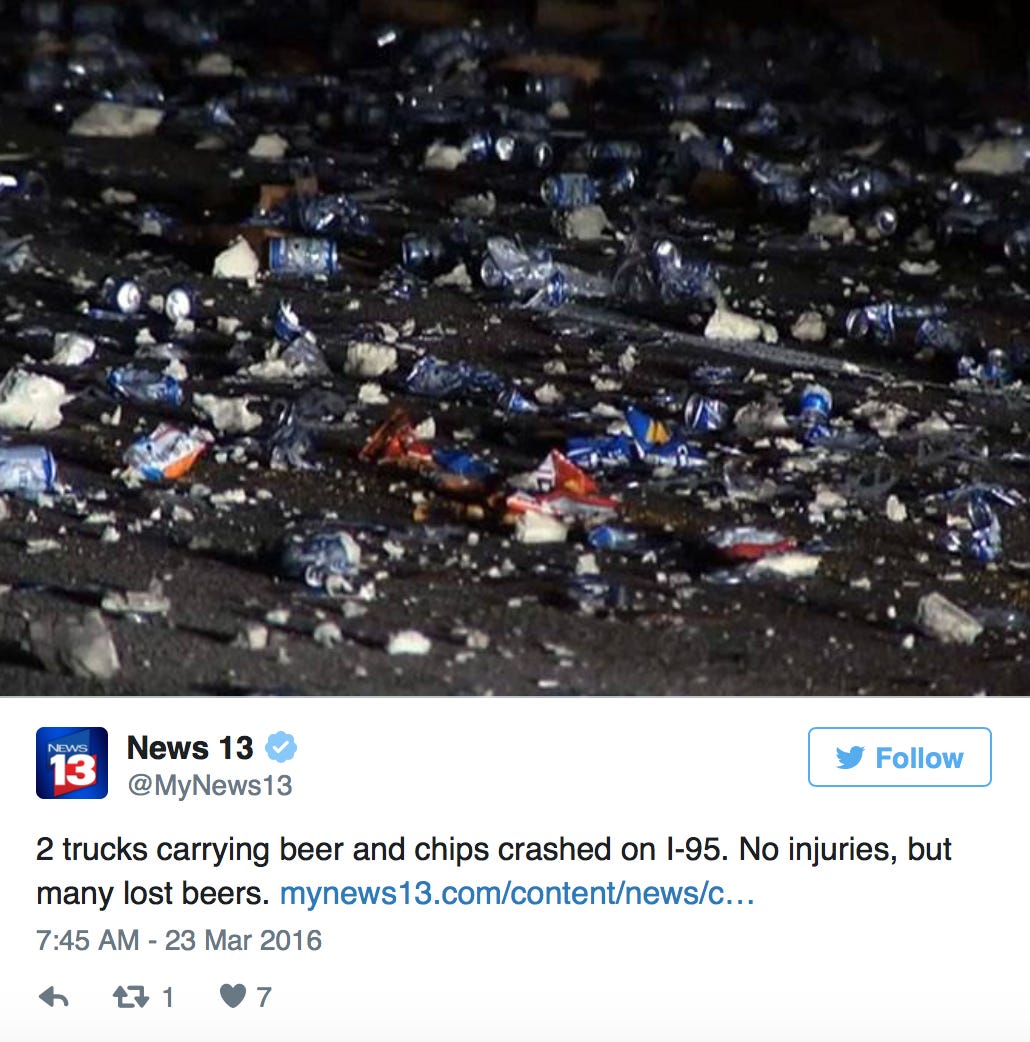 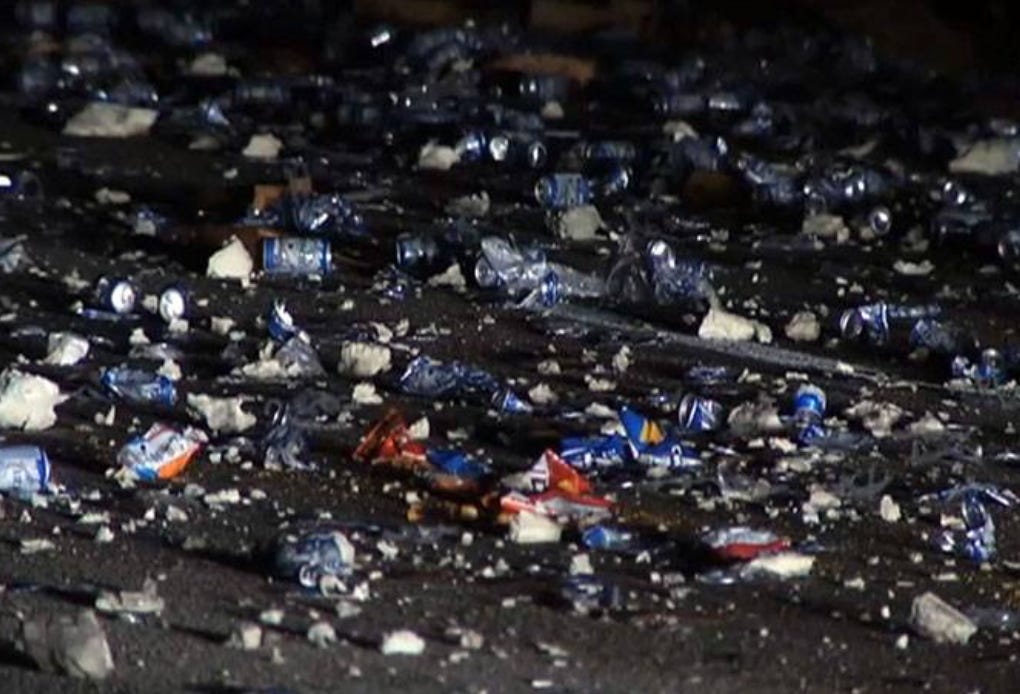 MELBOURNE —  A crash between two trucks, one carrying beer and the other carrying potato chips, caused a mess on Interstate 95 in Brevard County. The crash happened sometime around 3 a.m. Wednesday near Melbourne. The southbound lanes of I-95 were shut down for hours while crews cleaned up crushed potato chips and smashed beer cans. According to the Florida Highway Patrol, a Frito Lay truck stalled, so the driver, identified as Zachary Basinger, pulled over to the right shoulder. Troopers said Roberto Rodriquez was driving a semi-truck carrying Busch beer and attempted to move to the center. Another vehicle prevented him from doing so, and he swerved back into the right lane, hitting the Frito Lay truck. The crash caused the Frito Lay truck to overturn. The beer truck was cut open, sending dozens of beer cans onto the interstate.

Ohhhhh go ahead people.  Make your stupid jokes. “Would’ve loved to have been at the crash site!” or “So when did my Dad show up? He loves those two things!” Stop it. Just stop it. You shut your mouths when you’re talking about this crash. The simple fact of the matter is that no one got to eat those chips or drink those beers and that is a sad sight. The saddest of sights. One of the sadder sights these eyes have ever seen. Now no college kid will get to slam those beers then get an STD on his spring break trip. Now no lonely man will get to sip a cold one after a long day at his stupid cube job. And no fat man will get to munch on those chips as he streams the first season of Netflix’s original series Love. I love chips and beer more than I love most people. So to see my loved ones splattered across the road like that brings many a tear to my eye. This isn’t a funny occurrence that happened on a random stretch of highway.  This is a global tragedy and should be treated as such. I expect candlelight vigils. RIP.