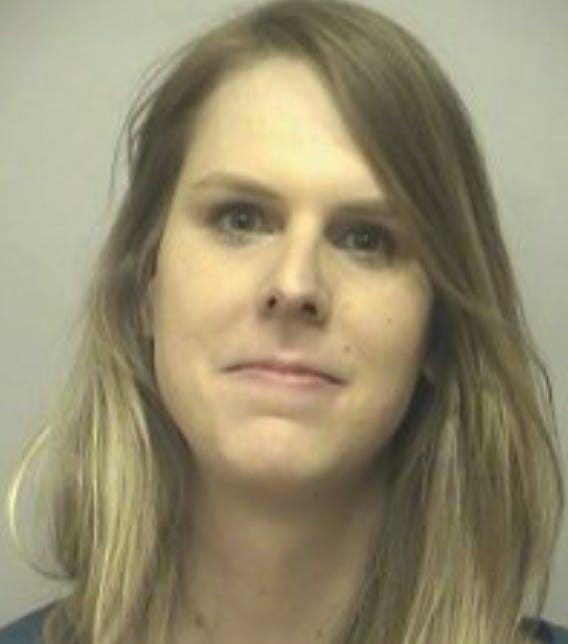 KANSAS CITY, Mo. — A woman in the midst of the protests outside the rally for presidential candidate Donald Trump on March 12 was arrested on Friday for abuse of a police service animal. According to a police report, an officer mounted on horseback was involved in police crowd control outside the Midland Theatre when protesters began moving into the street and blocking traffic, approaching officers on foot. After police verbally instructed the protesters back onto the sidewalk, the crowd continued moving forward and mounted officers moved into position to block the crowd. Police said that’s when the suspect, April J. Foster, 29, approached an officer and his horse, Dan, and began screaming in the horse’s face in an attempt to scare him. When that did not work, Foster reportedly slapped the horse in the face with an open hand.

Theses protestors gotta chill man. I’m serious. On both sides. Unless you’re willing to go topless like the chick yesterday, just stop. I would rather have protesters punching actual people than innocent animals. Dan the Horse wasn’t doing anything wrong. Just hanging out on the street with his police buddy trying to keep the peace. Then fucking April Foster’s gotta come outta nowhere and rile Dan up by slapping him across the face. What the fuck lady? Like I said before, you wanna incite a riot? Blast those nips. Popping the top is the most peaceful, riot-inducing move a protester can make. People will be excited but not so excited that they’ll cause any physical harm to others. They’ll just be happy they’re in the presence of exposed boobs. That actually should be the go-to move at protests. Just give a quick flash and write whatever message you’re trying to get across on your stomach. People are gonna look. Trust me. So how do guys protest then? We don’t. We just go to admire the endless amount of boobs. Pretty sure I just fixed political protests.