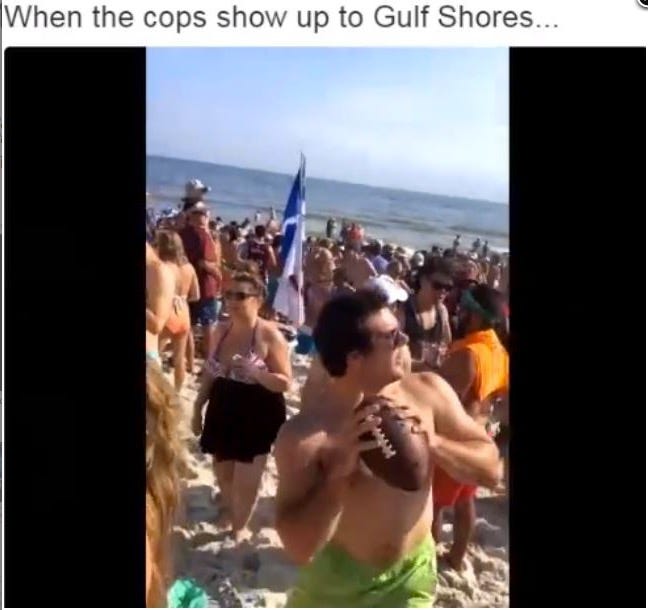 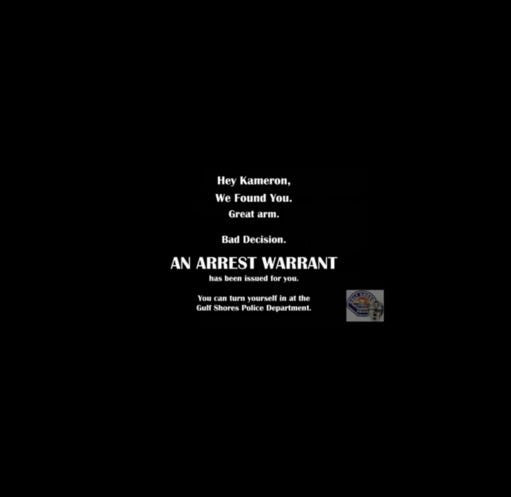 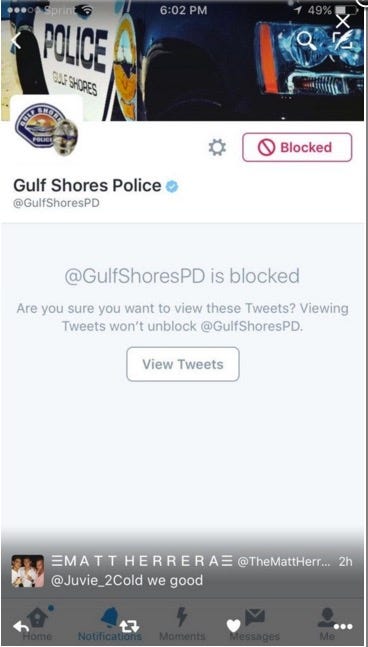 The video was originally posted on Twitter. It shows cops showing up on the beach and how people reacted. In the video, you hear people screaming explicit words at the cops and then one guy throwing a football. The football he threw hit a patrol vehicle on the beach.

Police identified the man as Kameron Lane Heady. They have since issued a warrant for his arrest for harassment.

Hey Kameron, We found you. Great arm. Bad decision. An arrest warrant has been issued for you. You can turn yourself in at the Gulf Shores Police Department.

Damn, welcome to Spring Break in 2016. Or just being a college kid/kid in general. Back in the day you could fuck around with the cops trying to break up your party then just take off and sprint into the woods. All you needed was two legs and above average speed and you could be in the clear. Now there’s a 99.5% chance your entire act was documented somewhere, uploaded to social media with a clear shot of your face and defining characteristics, spread around the viral world until it lands in the hands of law enforcement, who proceeds to tweet you back your arrest warrant. Brutal.

Love this move from Gulf Shores PD though. Gotta fight fire with fire. These punk kids trying to peg you in the dome piece with 60 yard bombs so they can get a bunch of Likes and Favorites and little exploding hearts? Well here’s a JPEG of your court summons, fuckboy. See how many times that bitch gets retweeted.

Pretty savage laser rocket arm on that guy. I mean that thing was a cannon if we’re being honest. Feel like even Gulf Shores PD can appreciate the zip on that ball.