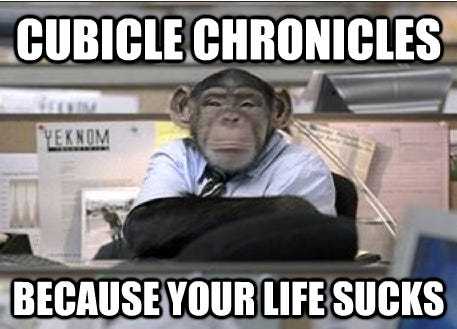 5. Dude With 20 Different Brackets – You know this guy. He has about 5 different brackets all folded up in his pockets at all times. If anybody mentions any game at all he takes all of them out and unfolds them checking who he had in his different variations. He’s got like 10 different sheets laid out and he’s got different color highlighters like he’s Digger fucking Phelps. Every time someone wins or loses he says “I had them in my other bracket.” No fucking kidding dude. You’ve got like every combination possible in that stack of brackets. 1 man, 1 bracket. Thats the rule.

4. The 12 seed vs 5 Seed guy – This is the dude who thinks he’s the only one in the world who know that the 12 seed upsets the 5 pretty frequently. At this point I’m pretty sure my mom knows that. But he runs around the office telling people how often this happens thinking that hes now Joe Lunardi, the office Bracketologist. Picks all 4 12’s to win just so if one pans out he can say that he knew it was gonna happen. He’s also the guy who talks about how all the #1 seeds have only made the Final Four one time. Drop dead bro.

3. The Pretender – This is the dude who knows absolutely nothing about sports. He’s like the gay Asian guy or the Indian dude who probably doesn’t know the difference between basketball and football. But you run into him at the water cooler or at the printer and he starts chatting you up about the Final Four. Bro we’ve never once talked about sports ever. No need to start now. Its ok. This will all be over in a couple weeks.

2. Chicks Trying To0 Hard – (Note: this applies to everything in sports and life, ladies. Not just March Madness) This is the girl who tries extra hard to act like she knows what shes talking about. Explaining that all the other girls just pick by uniform colors and team mascots, but not her. She knows what shes talking about and she needs to prove that to you so shes babbling to you like you give a fuck. Hey toots I’d rather be flirting with the cute chick who picked by team colors! Shut the fuck up!

Honorable Mention – “Bro your bracket is all chalk” – People fucking LOVE to say “chalk” these days. I dunno what happened but the past few years all you could hear was “chalk” every time someone analyzed a bracket. But anyway, just because I don’t care about being the “I had that” guy doesn’t mean you’re some daredevil out there and I’m a pussy. I know you think you’re a bad ass for picking 9s over 8s and 10s over 7s but you’re not that tough.

The “You Heard It Hear First” Guy – Bro you know its 2016, right? You know that anytime someone hears anything, it is most certainly not the first time they’ve heard it. Like the fact that you’re on Twitter – the largest collection of humans spouting opinions on the planet earth – and think you’re the one and only person who has come up with this upset or outcome – is patently ridiculous. Its like when TV fans heard that Walter White takes on the personality traits of the people that he’s killed. Every Breaking Bad fan thought they were the only person in the world that knew that Easter Egg and they werent shy about telling everyone else about it. With the number of analysts, blogs, and tweets, I PROMISE you, I have already heard many, many, many people pick the same upset that you think you have invented. I did not hear it from you first. “You heard it here one millionth!”