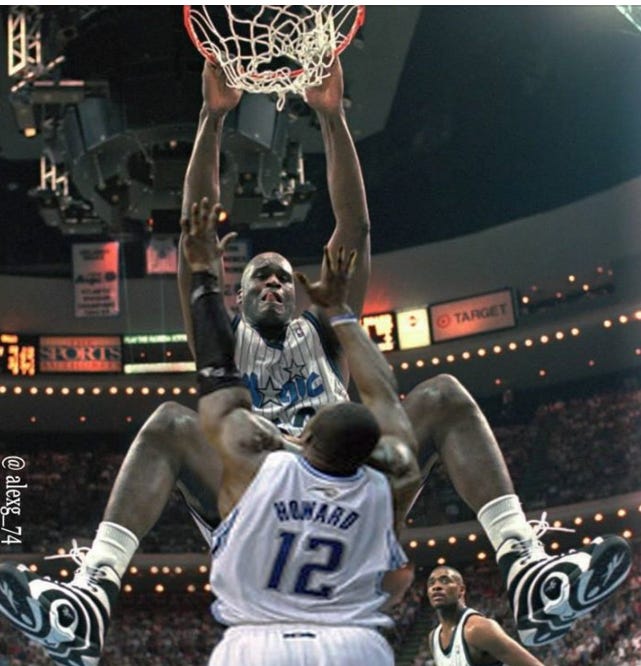 O’Neal, a longtime public nemesis of Howard’s, had extensive conversations with the Houston center and sold him on the marketing of “Superman” and the representation of Rogers, sources said. The potential of marketing Howard and O’Neal in advertisements together played a role, too, sources said.  Howard and O’Neal progressed in the NBA with the same moniker of “Superman” – for which Shaq has publicly mocked Howard – and they both left the Orlando Magic for the Los Angeles Lakers in the middle of their careers.

Well it’s officially over. Throw in the Vince Carter gifs and MJ crying emojis. Shaq has killed Dwight Howard. Got him to play himself.  Because persuading a guy to sign with your agent less than a month after you posted this on Facebook is nothing short of coldblooded murder. 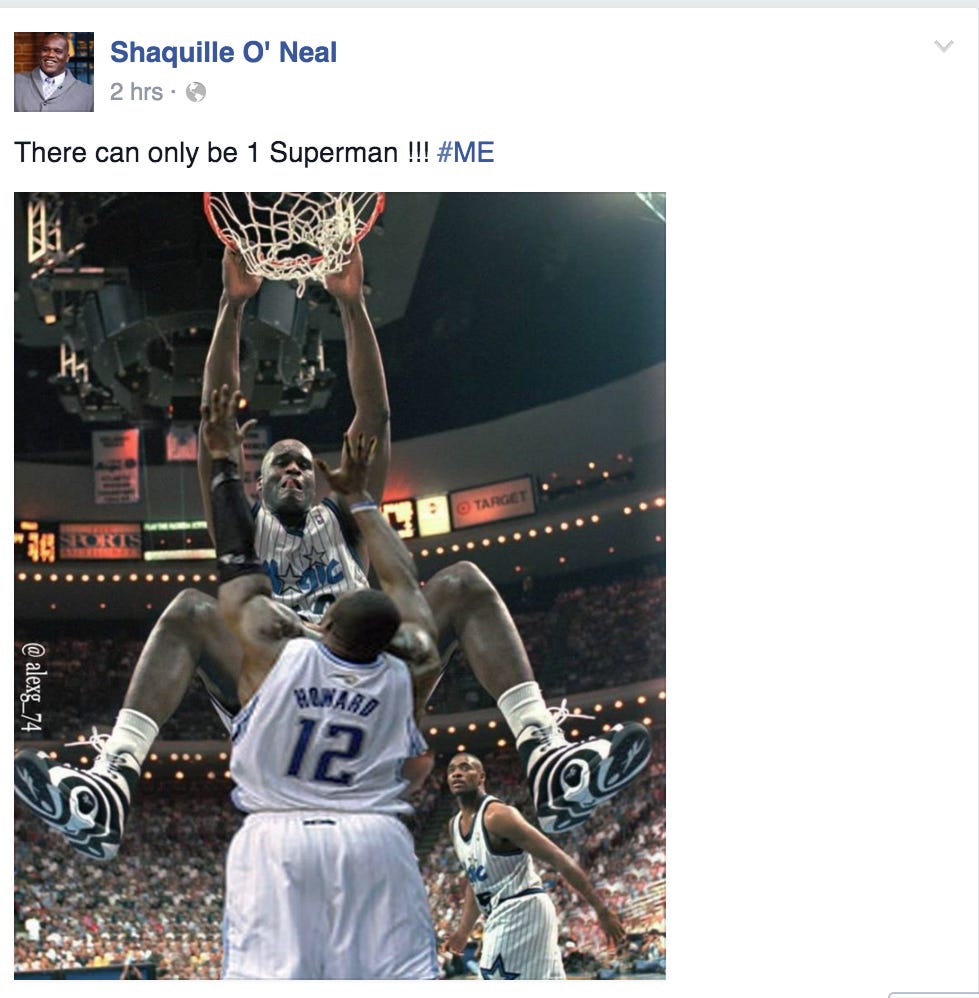 Now Dwight is laying in the middle of a Houston street like Snot Boogie, motionless and bleeding out. Killed because of the fucking Superman name and logo. It wasn’t so at the time, but I think losing to Dwight and the Magic back in 2009 is now a blemish on LeBron’s resume. Sure the dude was a giant muscled freak of athleticism back then. But if Dwight is this big of a mental midget, you can’t just glance over that loss in the Eastern Conference Finals anymore.

May Dwight and all his other outstanding beefs rest in peace: