When you get hit so hard you turn into Beetlejuice: 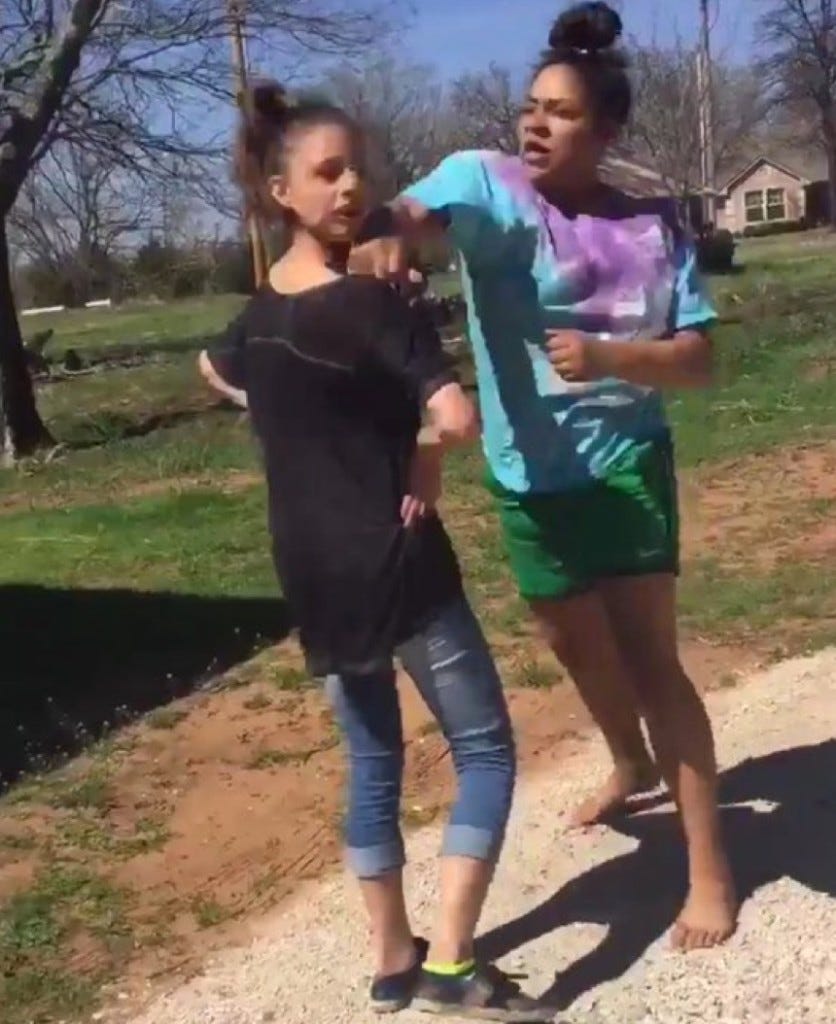 Easily the most brutal and efficient beating given out by someone in tie-dye since the Dudley Boys were in ECW. Obviously since an n bomb is involved, the video is getting all sorts of rah rah treatment online. And yes, this girl 100% should have known better than trying to act tough and stand by dropping it when this big Aleeyah girl was already all pissed off and twice her size. But the little dead girl’s biggest sin is one I’ve hit on a couple times in the last few weeks: Don’t fight someone who’s so desperately looking for a fight. Yeah the sorta n-bomb didn’t help but based on that exchange, the girl could have said “I’m looking for a suitable hat for the derby” and still would have ended up eating Aleeyah’s big meat fist just for being in her way. In general I’d advocate for not dropping n-bombs no matter what the situation but here there was only one possible outcome regardless and it involved a face getting smashed.

And, warning since it’s a little graphic, here’s the result on this girl’s face of the hellfire Aleeyah girl unleashed upon her: 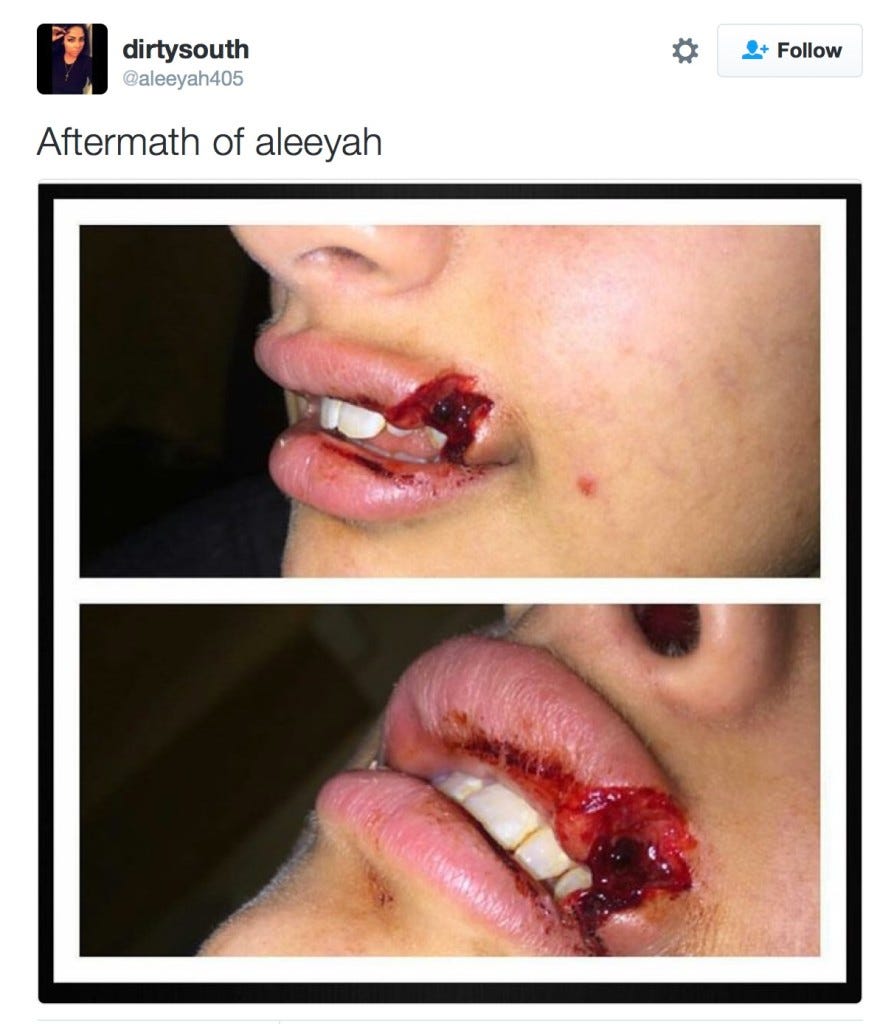 Very surprising aggressiveness from Aleeyah given her Twitter bio:

A racially charged fist in someone’s face is not the best vibe but I suppose it can be a good vibe for some.