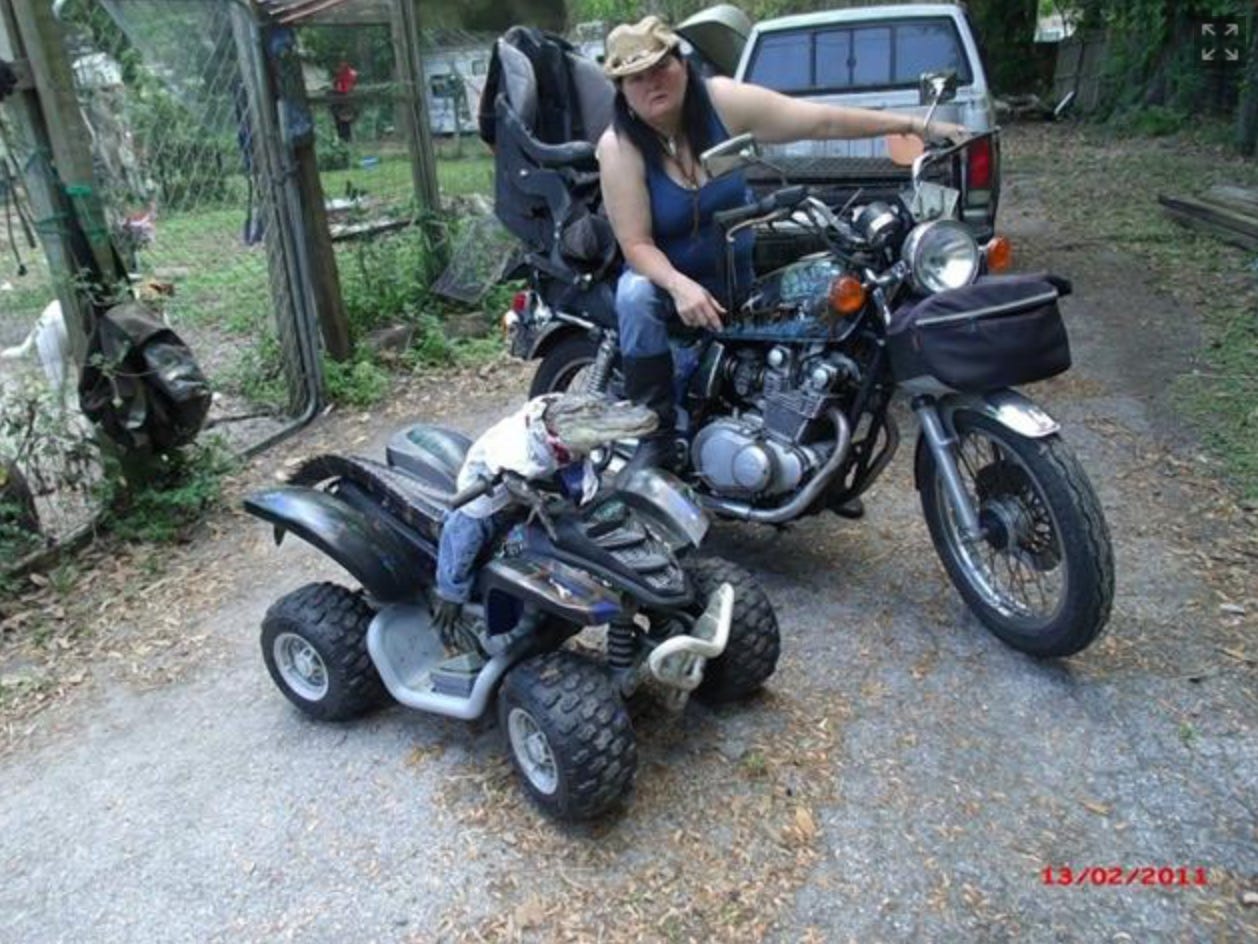 NYDN- A Florida woman said state officials are making her give up her beloved pet alligator — a gentle giant named Rambo who is potty trained, understands sign language and loves to dress up in costumes — because he’s grown too big. “He’s like my son. He’s my family,” Rambo’s owner Mary Thorn told the Daily News Tuesday. “He’s not a normal gator. He has never been a normal gator.” The Lakeland woman said a recent growth spurt put the 15-year-old Rambo at six feet long, and Florida Fish and Wildlife officials require gators that big to live on properties with at least 2.5 acres of open space. But Thorn doesn’t have that extra land, so Rambo — an indoor gator who rarely goes outside — will need a new home, she said. Thorn got Rambo 11 years ago. She adopted a pack of five gators who were kept in a cramped tank in a dark closet for the first four years of their lives, making them ultra-sensitive to light and skittish around other reptiles.

So many things to address. First, the Florida Fish and Wildlife officials acting like they’re a real governing body who have actual power is laughable. We are laughing at you. Mary Thorn is laughing at you. Rambo is laughing at you. The whole damn world is laughing at you. I bet they don’t even have badges. Not to mention you don’t tell Rambo where he can and can’t live. Rambo tells you where he can and can’t live. Look at him on that four wheeler. That’s a bad dude. He’ll live wherever he damn well pleases. Second, how does a 15-year-old alligator start to grow all of a sudden? Maybe the most curious part of the whole thing. I watched a lot of Steve Irwin (RIP) growing up and I never remember the part where he talks about how alligators randomly start growing right before they can drive. Seems a little fishy but I’m still #TeamRambo. Third, this is all happening in Florida so everybody just needs to shut the hell up and let the lady keep her gator no matter how big the thing gets. In terms of Florida’s problems, this ranks pretty low on the list.

Last, and most importantly, anybody who is willing to stand up to this thing and try to tell it what to do is a bigger man than I 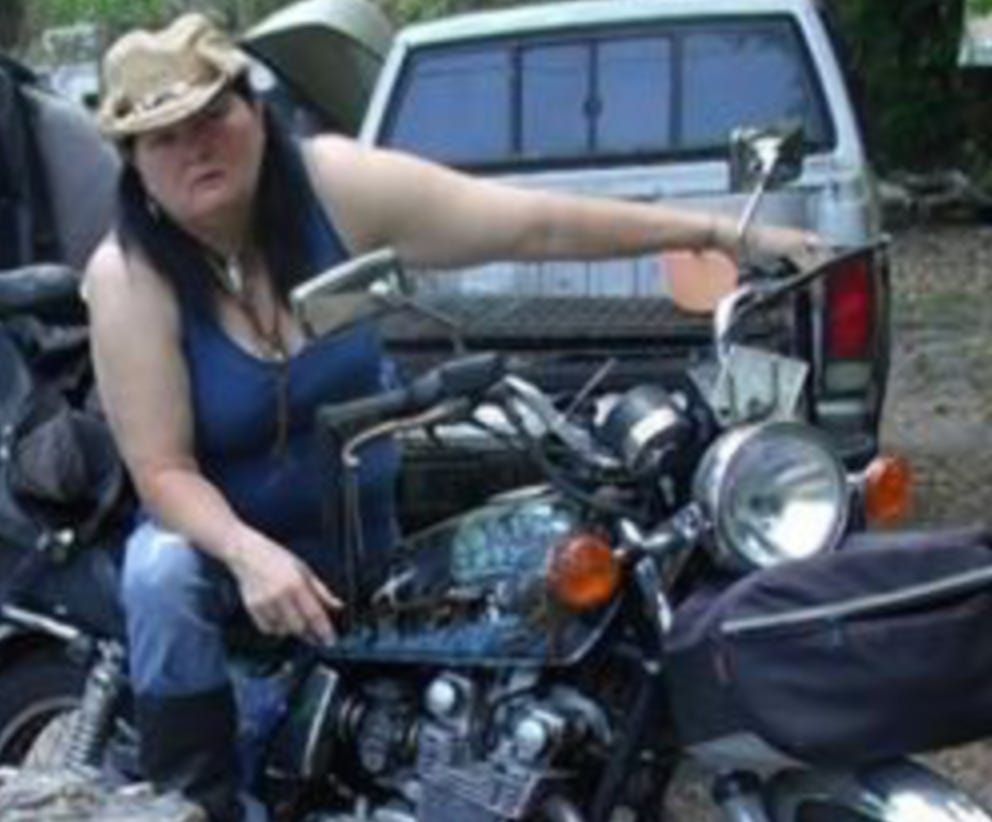